The Real Estate Institute of Victoria is seeing growing evidence that commercial and residential landlords are being left behind and all but forgotten as the government makes decisions on financial support for people impacted by the economic downturn.

The decision to extend the rental moratorium to 31 December 2020 without proportionate attention to the landlord’s distress is one such example.

Tenants have been provided with substantial financial support from the government as well as mandated rent reductions at the expense of property owners.

This support is set to continue for more than three months to the end of this year.

While residential property owners had steeled themselves for the six-month moratorium with compassion, empathy and a good dose of trepidation, this extension has been a ‘kick in the guts’ for them and their goodwill is being sorely tested.

The extension of the Commercial Tenancy Relief scheme is likely to see a large number of small and medium sized property owners financially ruined.

Many of these are self-funded retirees who have seen their ability to support themselves considerably diminished.

Many tenants will not be required to repay waived rents and many more are unlikely to have the capacity to repay any deferred rents in the near term, or if ever. 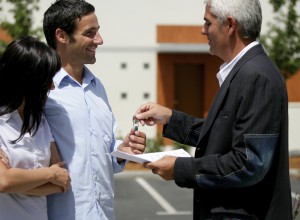 “Just think about what is happening here in Victoria.

People who have worked hard for many years to secure their family’s future are now being dictated to about how much they can charge someone to live in their property, a property they own and maintain.

The market demand and supply determine rental prices and should continue to do so; legislating against this will not benefit anyone.”

The government’s public relations team has worked overtime to spin the line ‘we’re all in this together’.

The reality is we maybe, but not equally.”

The REIV does not dispute that many tenants are doing it hard, and knows this because our Members serve both property owners and tenants.

What concerns the REIV is the lack of due process, oversight, and enforcement to ensure that no one takes undue advantage of the situation.

There is significant evidence of some tenants taking advantage of these circumstances rendering property owners powerless to fight against the imbalance.

Much has been made of the perceived imbalance in the rental market by tenant support groups who take a one-sided view of the market, while property managers see both sides of the relationship.

“Many of our agents are reporting tenants who simply refuse to pay their rent either in full, or at all.

Basically, it is a free-for-all.

We have many accounts of tenants owing thousands of dollars where this money is unlikely to be recovered.

The moratorium was supposed to support those in financial hardship as a result of Covid, not create greater hardship and financial bankruptcy for property owners.”

A tenant advocacy group recently took the unusual step of making a broad-based complaint to the ACCC against property managers on the sole ‘say so’ of tenants responding to a survey. In doing so they inexplicably by-passed the real estate profession’s regulator, Consumer Affairs Victoria (CAV), in a grandstand play to have the moratorium extended beyond the initial six-month period.

The legislation is now unfairly and squarely biased against those property owners who have worked hard to save and invest to provide for the future of their families.

A property owner’s savings and hard work is somehow of lesser perceived value than that of a tenant.

It is important to note that while there have been over 26,000 rent negotiation agreements lodged with CAV since the scheme began, thousands more agreements have been reached by amicable negotiations with their landlord.

Negotiated agreements do not have to be recorded with CAV.

Overwhelmingly the supply side is keen to keep good tenants in their property and to negotiate a deal that will see that happen.

While some like to paint landlords as evil and unyielding monsters, the truth is that the overwhelming majority of residential landlords are hardworking mum and dad investors trying to shore up their family’s future.

The processes and systems to implement government initiatives in these challenging times must be fair to all.

The reality is that if a rent negotiation dispute is presented to Victorian Civil and Administrative Tribunal (VCAT), the tenant does not have to provide any evidence that they are suffering Covid-19 financial hardship, the onus is on the property owner or estate agent to prove they are not. 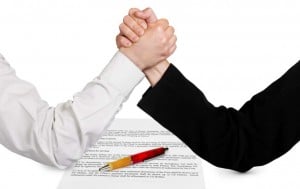 In many cases documented by the REIV, tenants have outright refused to communicate with their agent or landlord and have provided no evidence of financial difficulty forcing them into a dispute hearing. It is impossible for the property owner or property manager to prove a negative while blindfolded and with their hands tied.

Wilful non-payment of rent is a ground for eviction under the Covid-19 laws.

However, when VCAT does make an order against a tenant these orders are often held over until the end of the moratorium period, now extended to next year. In cases where a court order is given, Victoria Police have a variable policy about executing these court orders. This amounts to rent-free living with no accountability.

The Tribunal already has an unworkable backlog of over 3,500 cases and increasing daily.

“The lop-sided Government support for tenants at the expense of the supply side has already pushed a large number of property owners further and further into debt.

When businesses are finally able to re-open, many owners will be forced into selling their investment properties into a difficult market, just to make ends meet.”

Land tax concessions for property owners, while welcomed are insignificant when compared with the financial support available to tenants, particularly in the residential market.

The land tax relief on residential land valued at $800,000 is less than $500 while tenants are entitled to $3,000 to help them pay their rent in addition to the rent reduction already offered by the landlord.

It is no better for commercial property owners, with pressure mounting daily on the viability of many businesses, even beyond the pandemic.

Suspension of mortgage repayments by banks is often quoted as support for the landlord.

This is a misconception. 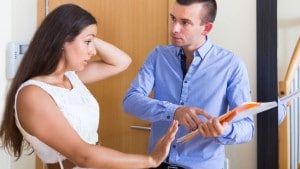 Banks are only offering a deferral on repayments, unlike the rent reductions, which means that the landlord still needs to pay with interest notwithstanding the reduced income for nine months.

The REIV supports the $3,000 residential rent relief grant from DHHS but here again, they see an alarming mismanagement in the distribution of these funds.

REIV Members report many cases where the funds are being incorrectly distributed to tenants who no longer require this support.

They hear many claims from tenant groups about the lack of cooperation of property owners or their estate agent.

For every one of those stories the REIV can provide a dozen that show the other side of the coin.

The clear bias in the system of dispute resolution and the negotiation of rent relief makes the system unfair towards people who are watching their life savings deteriorate as they bear the burden of the government’s support for tenants.