The data, revealed in Domain’s latest vacancy rate report, shows that the national vacancy rate stands at 1.9% for the third consecutive month.

The national vacancy rate is only 0.1% higher than in March last year and 0.7% lower than during the Covid-19- induced peak in April 2020.

By city, the results are a little more mixed.

Over in Brisbane, Perth, and Adelaide vacancy rates held steady for the month.

But year-on-year, vacancy rates are significantly higher, especially in Melbourne where rates are almost double those seen in March last year. 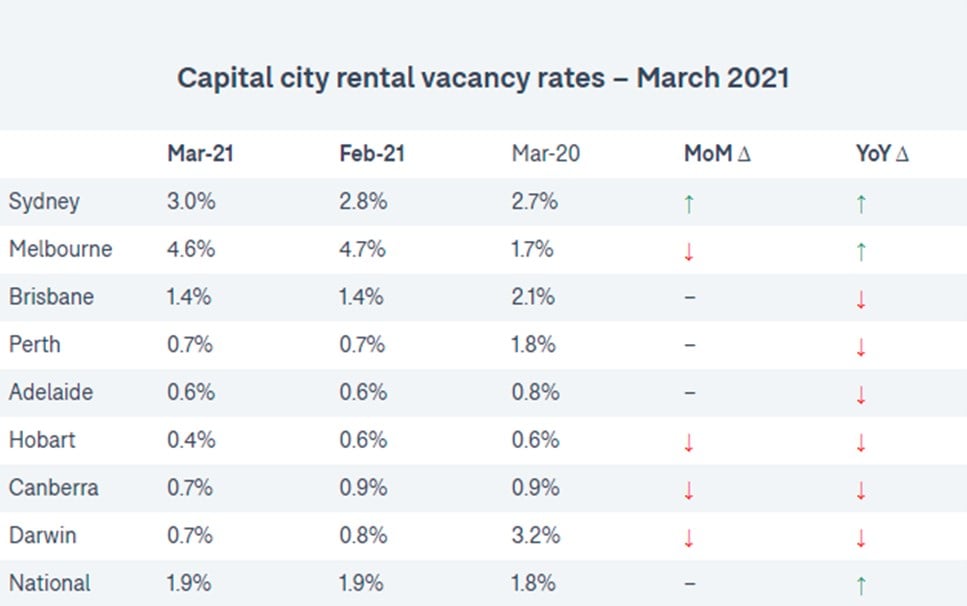 Note: The vacancy rate represents the portion of available, empty rental properties relative to the total stock of rental property. The rental vacancy rate is based on adjusted Domain rental listings and will be subject to slight revisions over time.

Which regions stand out?

According to the data, there are some regions in Sydney and Melbourne that stand out in particular for their vacancy rates and rental listings.

In Sydney, there were just over 19,000 estimated vacant rentals at the end of March, which is an 8% increase from the month prior.

In Melbourne, estimated rental listings fell just 0.6% with roughly 26,400 rentals vacant at the end of the month.

This isn’t a surprise given Melbourne’s vacancy rate declined a meer 0.1% to 4.6% for March.

That rate is still 2.9% higher than last year.

And the tight vacancy rates are also likely to impact prices as rent is likely to track higher in response to fewer vacant properties on the market.

The research reveals that this will particularly be the case in Perth and Darwin – these cities are likely to experience a hefty jump in asking rents given the drop in vacancies over the year.

Powell also explains that the impact on the rental market in Sydney and Melbourne has seen inner-city regions or those close to universities remain a tenant’s market, while landlords have a greater balance of power in outer-suburban areas.

“Melbourne and Sydney’s strong exposure to international border closures will ensure reduced demand for rentals for the foreseeable future, at least until restrictions are lifted, and may take some time before they recover to pre-COVID vacancy rates,” Powell says.

But there is change ahead

The government’s wage subsidy measures – JobKeeper and JobSeeker – abruptly ended at the close of March, with fear that many Australians will be forced below the poverty line as unemployment looks set to spike.

And Powell points out that these significant changes may cause a shift in rentals and an increase in vacant properties coming online in the next few weeks. 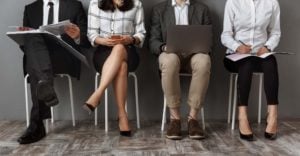 This is because the reduction in welfare payments will threaten the ability of tenants to meet their rent obligations and the risk of tenants falling into rental stress increases.

“Shifts in the rental market could be sparked as rental moratoriums end across several states,” Powell says.

She points out that in Perth, tenants have been protected from rising rents at a time the rental market has tightened significantly, resulting in a portion of tenants paying well below market rate.

“This means that the ending of the moratorium in Western Australia will probably create a shift in the rental market as tenants adjust to find a rental that suits their budget,” she says.

Domain anticipates that asking rents will jump in response to tighter conditions, the ending of the rental moratorium, and higher demand.