We all know how important childhood experiences are in shaping your beliefs as an adult.

Of course, we’re not born knowing how to do money – so we learn it from our parents, teachers, peers, cultural community, etc. and this shapes our views for the rest of our lives.

But I was fascinated to read how growing up in poverty also influences adult psychological problems.

There’s no sugar-coating it: growing up relatively poor is bad for you.

Children from less affluent families are, on average, more likely to suffer both physical and psychological illnesses later in life.

This is hardly a surprise, but it’s a puzzle exactly how poverty influences psychological problems.

One idea is that exposure to stress at a young age–while the brain is still developing–causes permanent damage to the ability to deal with stress.

This theory has been lent support by a new study in which researchers tested the brain function of participants at 24-years-old, 15 years after their childhood situations had first been assessed (Kim et al., 2013).

The test itself involved controlling the emotions: participants were asked to look at pictures while trying to suppress negative emotions. 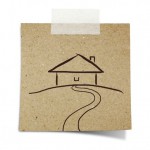 Being able to control your emotions is a key factor in coping with all the stresses and strains that life throws at people.

The results showed that those whose families were the poorest when they were 9-years-old performed the worst on the tests as 24-year-olds.

And, it didn’t matter if they had subsequently climbed out of poverty; it was coming from a poor background that was the overriding factor in how their brains functioned on this test.

One of the study’s authors, Professor K. Luan Phan, explained:

“Our findings suggest that the stress-burden of growing up poor may be an underlying mechanism that accounts for the relationship between poverty as a child and how well your brain works as an adult.” 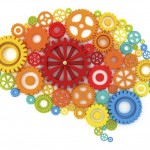 It wasn’t only childhood poverty that was connected to lower control over the emotions, childhood stress was important too.

Some participants had been relatively poor as children but had been protected from childhood stress–they performed better on the emotional suppression task.

As if we needed any more encouragement to tackle inequality in society, especially among children.

Those who had been exposed to both childhood poverty and many stress–like noises, poor housing, violence and family turmoil–did the worst on the test.

When you’re ready to build a business, not just a job, we’re here to help you

Then join our at Business Accelerator Mastermind

This community is for you if you you’re a business person, entrepreneur or professional who wants to 10x your income, elevate your ability to give, and leave a massive impact on your community and the world by up-levelling your tribe, improving your business acumen, and removing your limiting beliefs around money and success.