How quickly will Australia get tired of the real estate boom?

These questions were answered in a recent Oliver’s Insight, by Shane Oliver, Head of Investment Strategy and Chief Economist at AMP Capital.

Here’s what he said…

The good news bubbling beneath the headlines around Australia’s pace in its vaccination program for the past couple of weeks has been that despite the uncertainty, and the recent withdrawal of a number of fiscal stimulus programs (notably JobKeeper), economic indicators continue to tick along quite nicely.

When we discussed in March the importance of consumer confidence to the ongoing recovery, we may not have quite anticipated how astonishingly resilient it would be in its first month without JobKeeper as a safety net.

According to the Westpac-Melbourne Institute survey, consumer sentiment jumped by 6.2% in April to its highest level since August 2010, when the country was in the middle of the mining construction boom and riding the tail of the recovery from the Global Financial Crisis.

It shows that even consumers who don’t know when they’ll receive a vaccination, or be able to hop on a flight to Bali or London, are looking around and deciding that – for now at least – the financial worries of the pandemic have largely passed.

The strength in confidence was broad-based across all the states (with a very strong surge in Victoria following the success of the short February lockdown there) and indicates that the positive mood flowing from re-openings and economic recovery is more than outweighing the bad news of the day.

An interesting aside from the survey is that fatigue seems to be starting to set in around the red-hot residential property market, with the number of respondents agreeing that now is a good time to buy a dwelling falling by almost 8%.

On the other hand, some of the largest rises in sentiment for the month were recorded for construction workers, indicating that the flow-on to confidence from high prices is extending well beyond the wealth effect experienced by homeowners.

The weekly figures from ANZ/Roy Morgan aren’t quite as strong as this monthly survey, but they do show the same dynamic of rising confidence through a period where the issues around the AstraZeneca vaccine have dominated public interest.

Surging confidence should prove a boon for consumer spending over the coming months, although the link between the two isn’t always as straightforward as might be expected.

The improving mood is certainly reflected in business conditions, which according to NAB’s monthly survey reached record levels in March.

Conditions for trading, profitability, and employment all hit all-time highs, as did forward orders – a positive sign that this recent strength is likely to be maintained into the future. 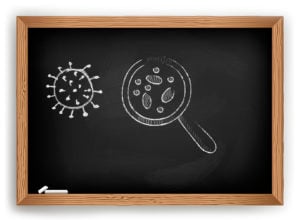 Importantly, the NAB survey hinted that we’re making inroads in taking up slack in the economy, with capacity utilisation at or above pre-COVID levels in all industries except for recreation and personal services.

March labour force figures and the Vacancy Report’s job advertisement numbers support this view, with the latter up almost 20% in seasonally adjusted terms on the previous month.

Unemployment fell again to 5.6%, and there are now more Australians in work than before the pandemic (although we’re still a little way back from the pre-COVID trend).

We’ll have to wait for the April jobs numbers before we can make a final call, but it would appear that the economy is transitioning smoothly from a recovery fueled by fiscal support to one driven by the private sector, and that the impact of the end of JobKeeper on employment and unemployment is expected to be minor.