The impact from COVID-19 on housing values has been relatively orderly to-date, with CoreLogic’s national index falling only 1.6{c8b66c61d036f6ef577ebb4000d6f98acefd4039e69613ab9f29a3541d0a44dc} since the recent high in April and housing turnover has recovered quickly after it’s sharp fall through late March and April. 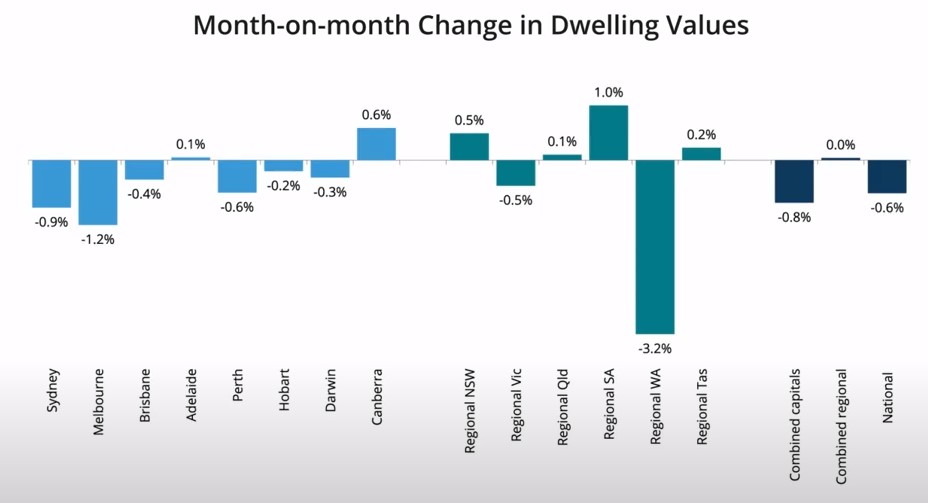 The rise in fresh listings implies that homeowners have become more willing to test the market. 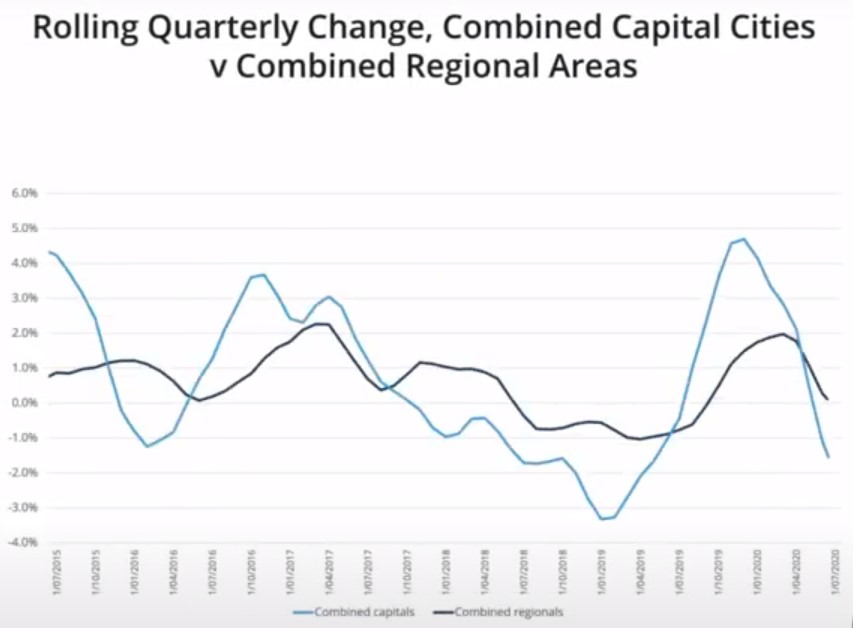 The diverging trend between new and total listing numbers implies a strong rate of absorption where the demand for established housing stock is outweighing the advertised supply.

In line with the strong rate of absorption, sales activity has trended higher since May. 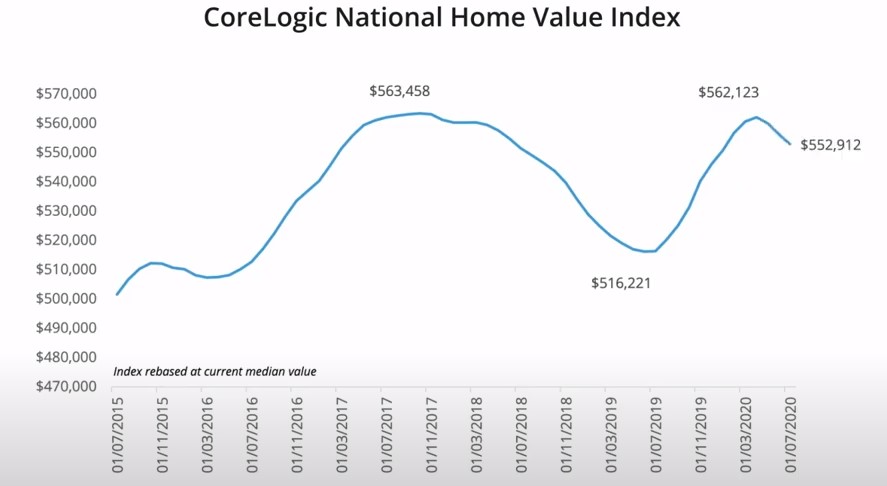 After home sales plunged by about a third in April, sales activity has consistently improved. 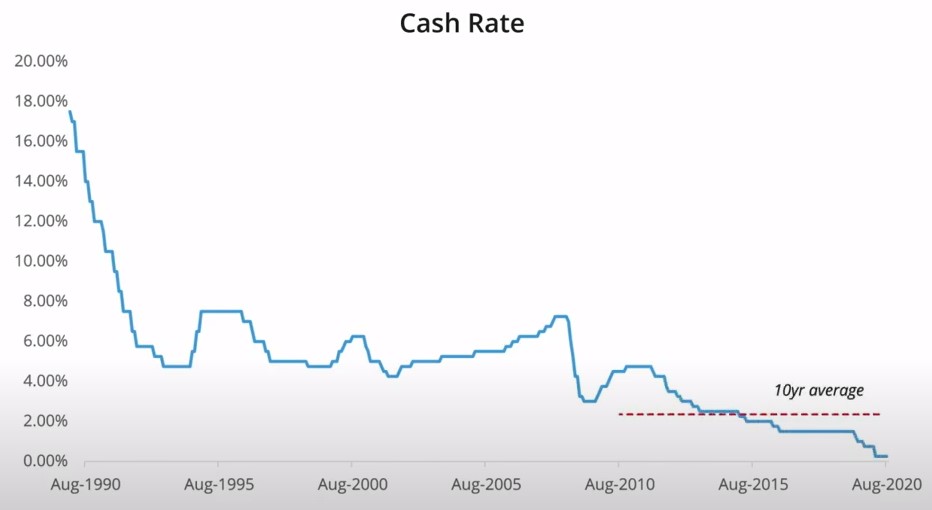 The rebound in Corelogic estimates of sales activity is validated by the strong rate of listings absorption, a similar lift in purchase-related valuations and improvements in consumer sentiment.

However, the recent slump in sentiment amidst a new wave of the virus could interrupt the rise of home sales until restrictions are lifted and confidence returns.

Additionally, auction markets showed a temporary recovery through June and early July but have since weakened as Melbourne moved back into lockdown.

Since early July, clearance rates have trended lower due to a substantial rise in withdrawn auctions across Melbourne. 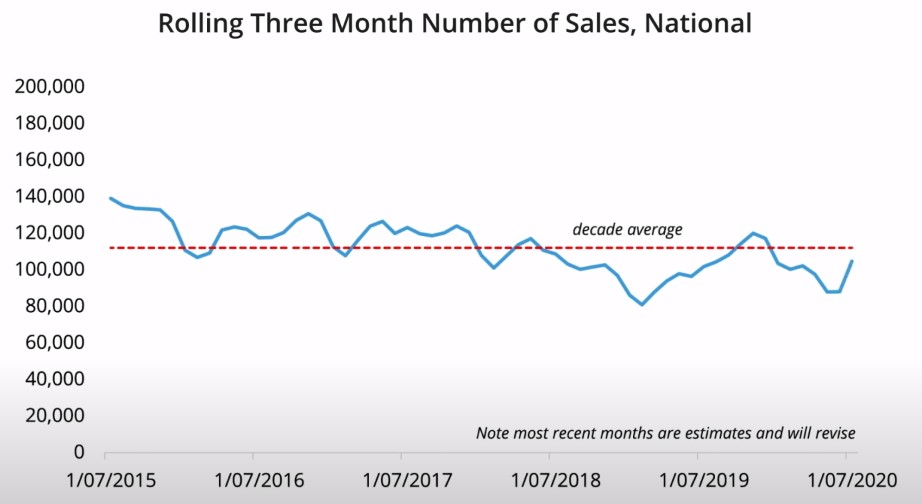