From sagging shelves made of foam to a chair modelled on Wassily Kandinsky’s abstract paintings, we’ve rounded up 11 quirky furniture designs that prioritise form over function.

While furniture is typically made to fulfil particular tasks and actions, like holding objects or sitting, designers frequently use their work to stretch the definition of the term.

Chairs and tables often also serve as sculptures or artworks, blurring the line between function and aesthetic.

This principle has gained in popularity since Italian creative Ettore Sottsass founded the Memphis Group in 1980, which aimed to turn against conventional design.

Here are 11 examples of furniture designs that tread a fine line between being functional and being purely ornamental: 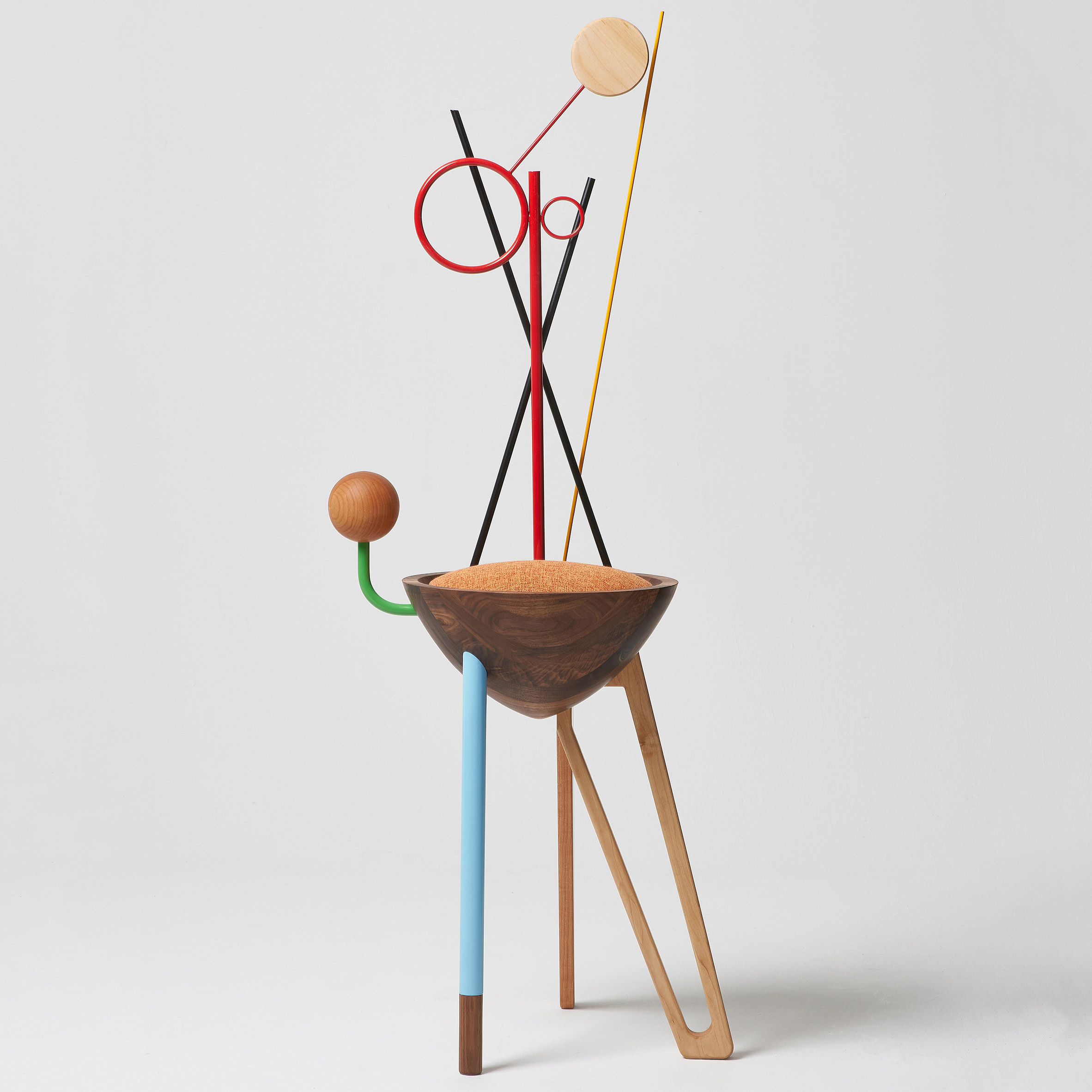 Korean designer WoongKi Ryu based each of the elements of this chair on the graphic shapes and bright colours seen in the abstract paintings of 20th-century artist Wassily Kandinsky.

“Instead of approaching the functional purpose of the chair, I wanted to highlight the emotion and meaning of the chair, which could only be expressed abstractly,” the designer told Dezeen. “I wanted to mimic the way Kandinsky approached abstraction in his paintings.”

Read more about the Abstraction chair › 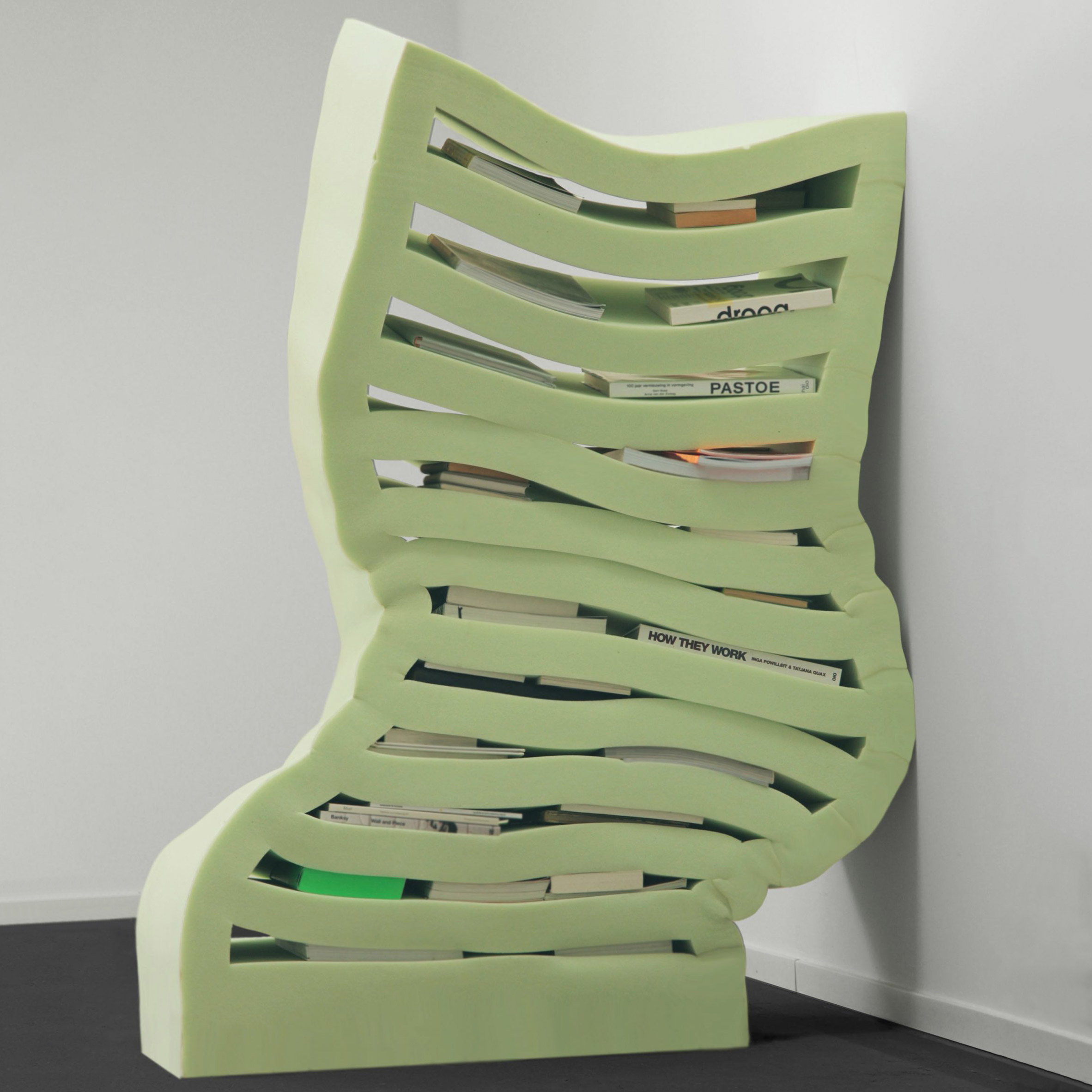 These soft, sagging shelves have been made from foam rubber – a material typically used for cushioning in car seats and wall insulation.

Due to their cushioned texture, each of the shelves take on new forms in response to their contents, morphing and bending over as items such as books, magazines or tableware are slotted inside.

For Van de Klomp, functionality was not her main goal when creating the pieces. “I like to flirt with the boundaries of design,” she explained. “Functionality is not a must. It is about the story that I would like to tell.”

Read more about the Soft Cabinets › 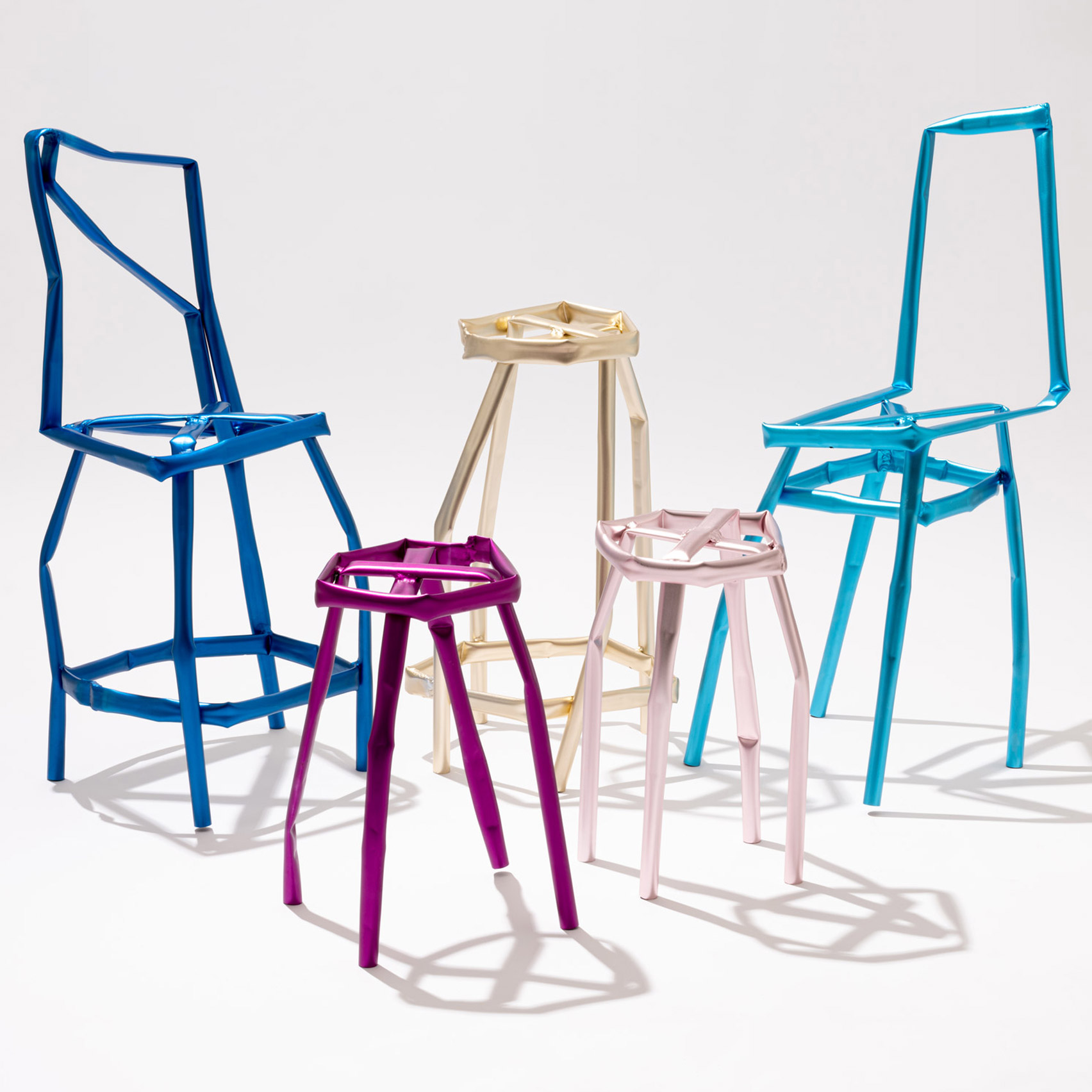 South Korean designer Yeon Jinyeong created a series of furniture made from vibrantly coloured aluminium pipes that have been hit, folded and welded into crumpled forms.

The chairs aim to explore the “contradictory beauty” of things that have been abused. Despite looking damaged, they are able to perform their usual function, “but it’s never comfortable”, said Jinyeong. 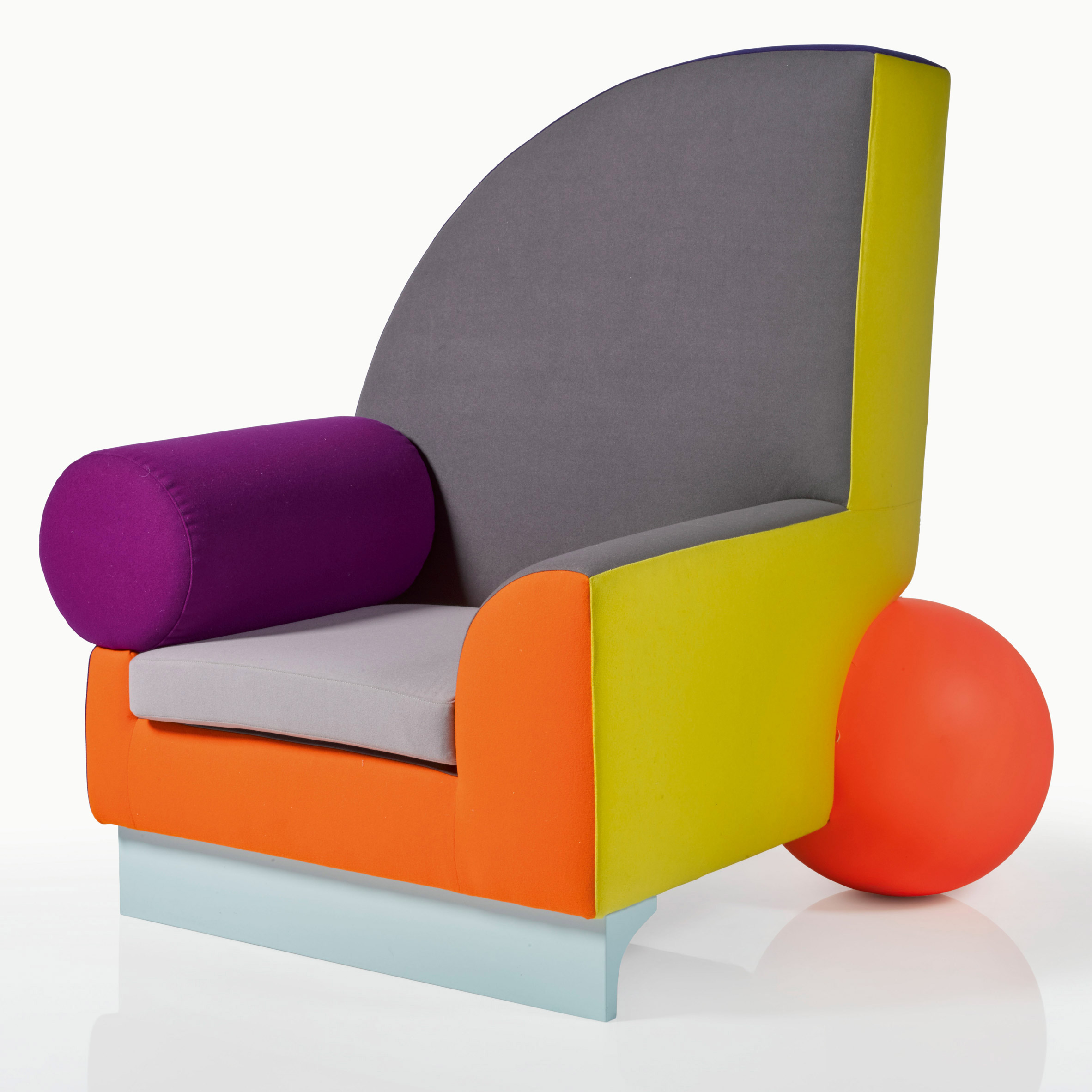 The 1982 Bel Air chair by Californian designer and ceramist Peter Shire was one of the most noted contributions to the 1980s Memphis Group – the Italian collective founded by Ettore Sottsass.

Made up of various different shapes in contrasting colours, the design was part of David Bowie’s private Memphis collection. Adam Trunoske, a 20th-century design specialist at London auction house Sotheby’s, describes the asymmetrical piece as “almost an anti-chair”.

“There are only a few flat lines on it, making you wonder ‘How am I meant to sit on that?’, ‘Where should I sit?’. It challenges traditional ideas of how a chair should be,” said Trunoske. 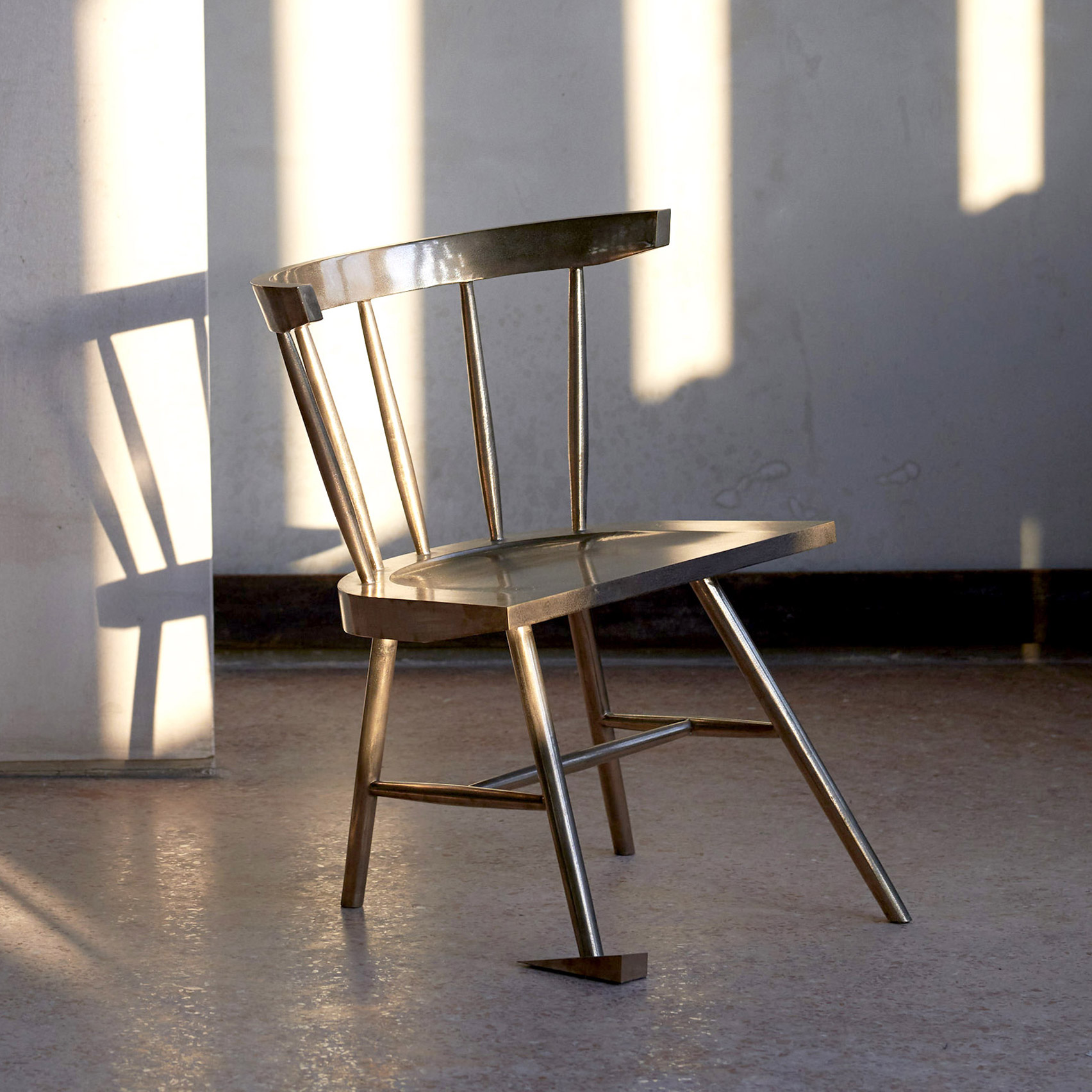 Fashion designer Virgil Abloh created a series of furniture items that are dissected at different points to appear as if they are sinking into the floor, as part of an exhibition titled Dysfunctional.

The slanted Alaska furniture collection blurs the line between art and design, being not entirely functional but instead aiming to encourage people to think about the issue of rising sea-levels. 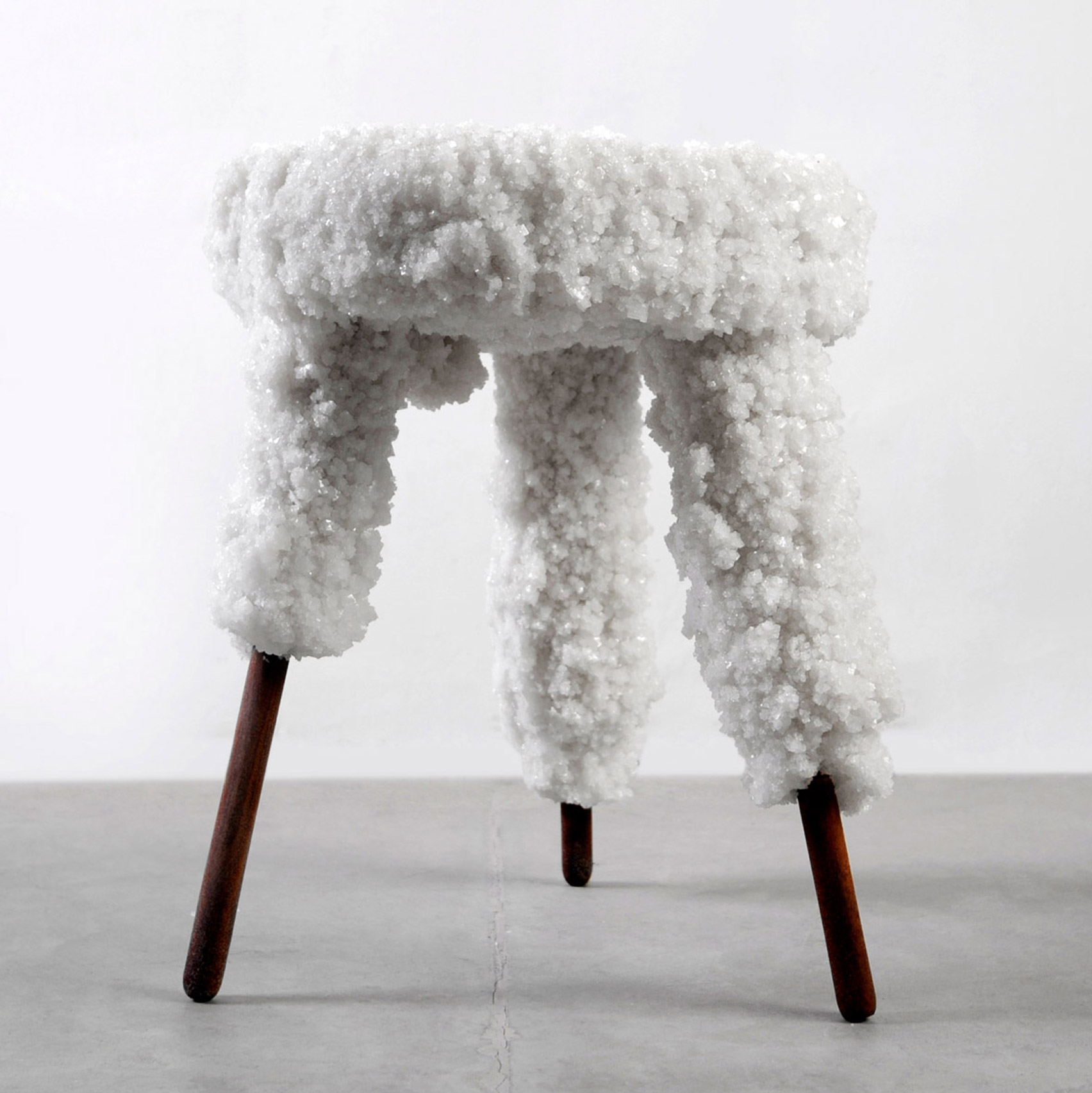 Israeli designer Erez Nevi Pana created a series of stools that are coated with a “skin” of salt crystals as a result of being submerged in water from the Dead Sea for several months.

In a bid to create animal-free furniture, Nevi Pana used the salt crystals in place of glue to secure each of the furniture’s elements together. Rather than being made to sit on, the purpose of the furniture is to lead a discussion about the use of materials derived from animals in products.

“It is not aesthetic or about function,” explained Nevi Pana, “it is a placid theory that can turn explosive.” 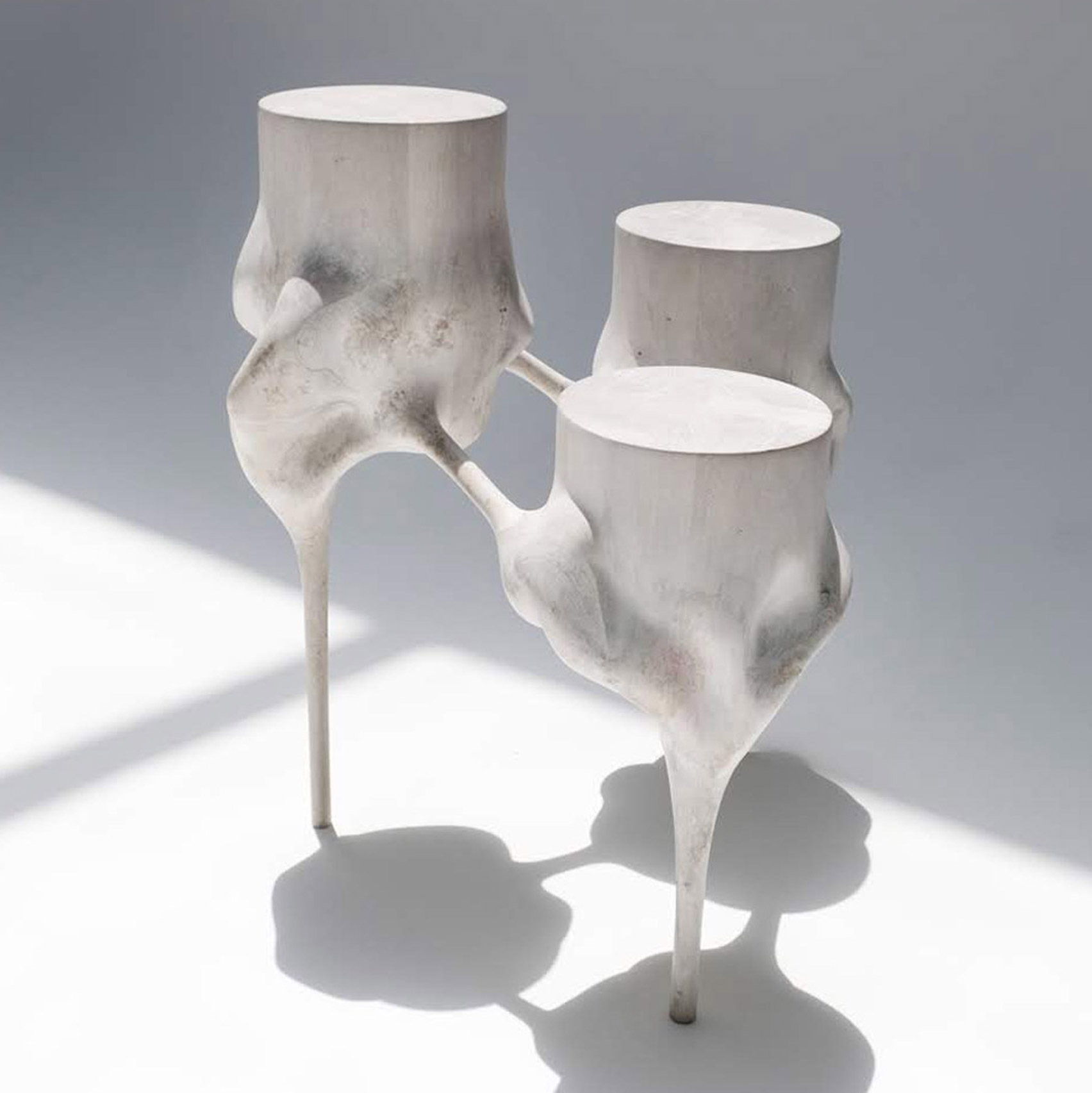 On The Meridian by Vincent Pocsik

American designer Vincent Pocsik created a series of objects that, while having the potential to act as pieces of furniture, are intended as artworks.

Made from wood and bronze, the On The Meridian collection sees Pocsik push the organic materials so far that they no longer seem natural. The pieces were designed as part of an ongoing exploration into the relationship between traditional furniture design and avant-garde art.

Read more about the On The Meridian series › 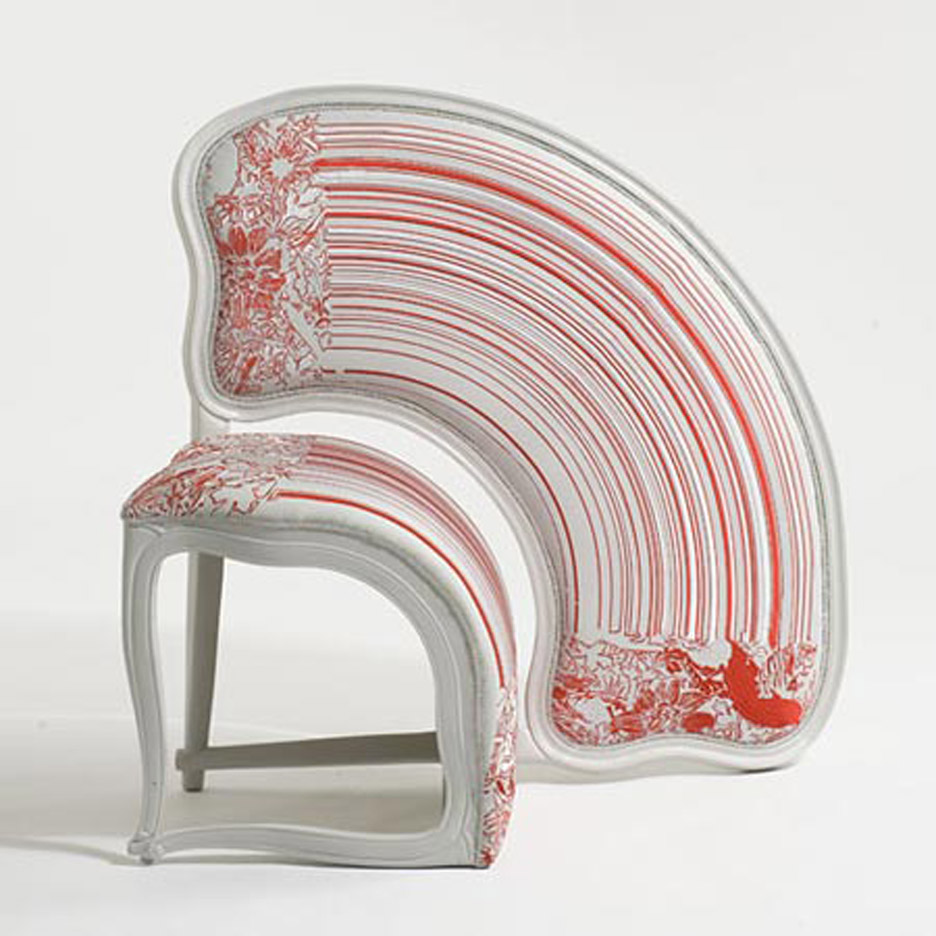 Seventeenth-century chairs and benches appear to have been stretched like taffy in this collection of “functional artworks” by Sebastian Brajkovic.

The designer took the idea of lengthening the seats from the Photoshop function that allows users to select a row of pixels and extend them to any length they desire. 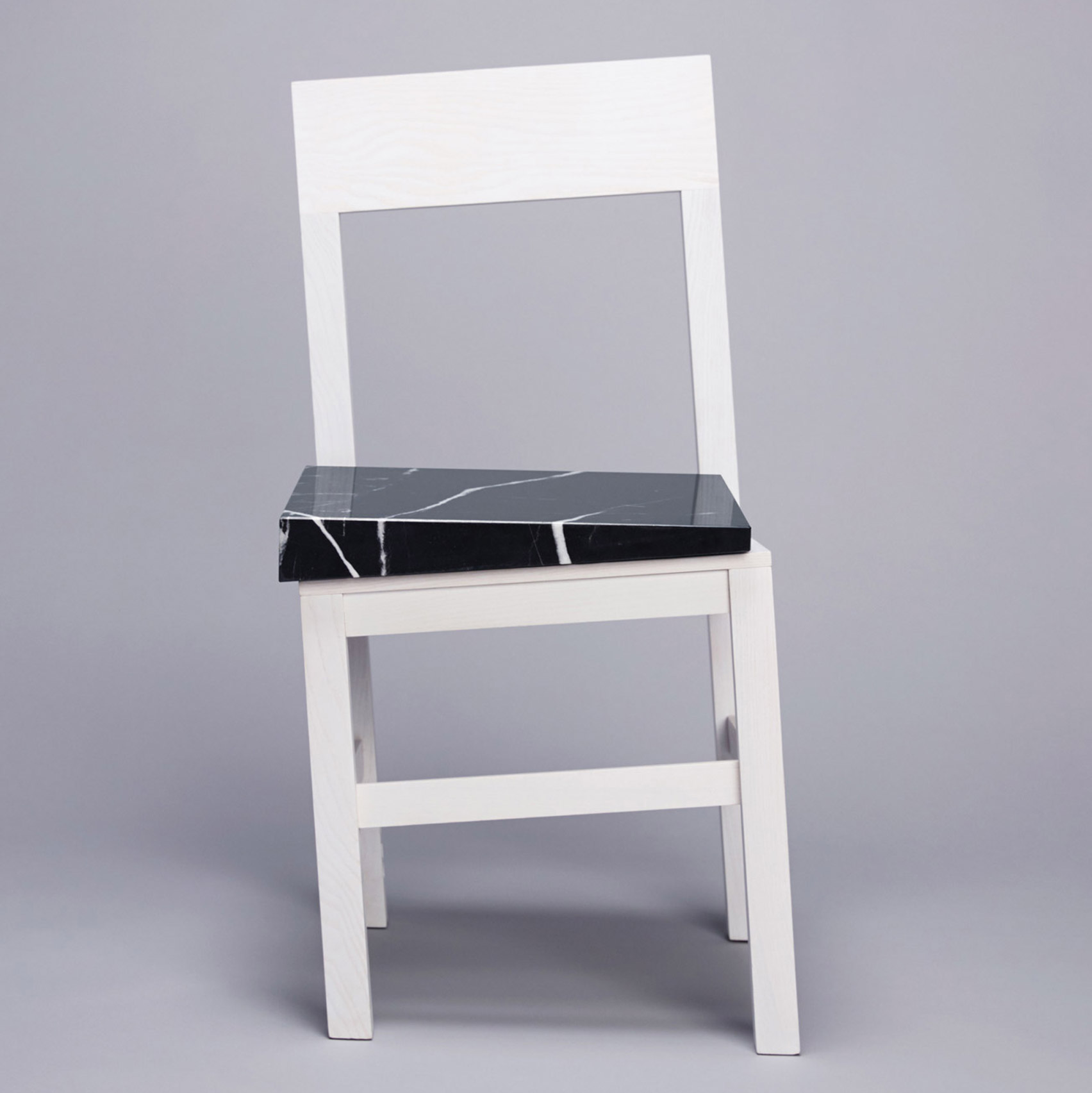 While the seat of this chair is, in fact, perfectly level, it is designed to appear wonky and therefore unusable.

New York studio Snarkitecture gave the Slip chair an off-centre frame made from white ash wood and topped this with a marble seat that has been sliced at an angle, which counteracts its leaning structure to offer an even surface. 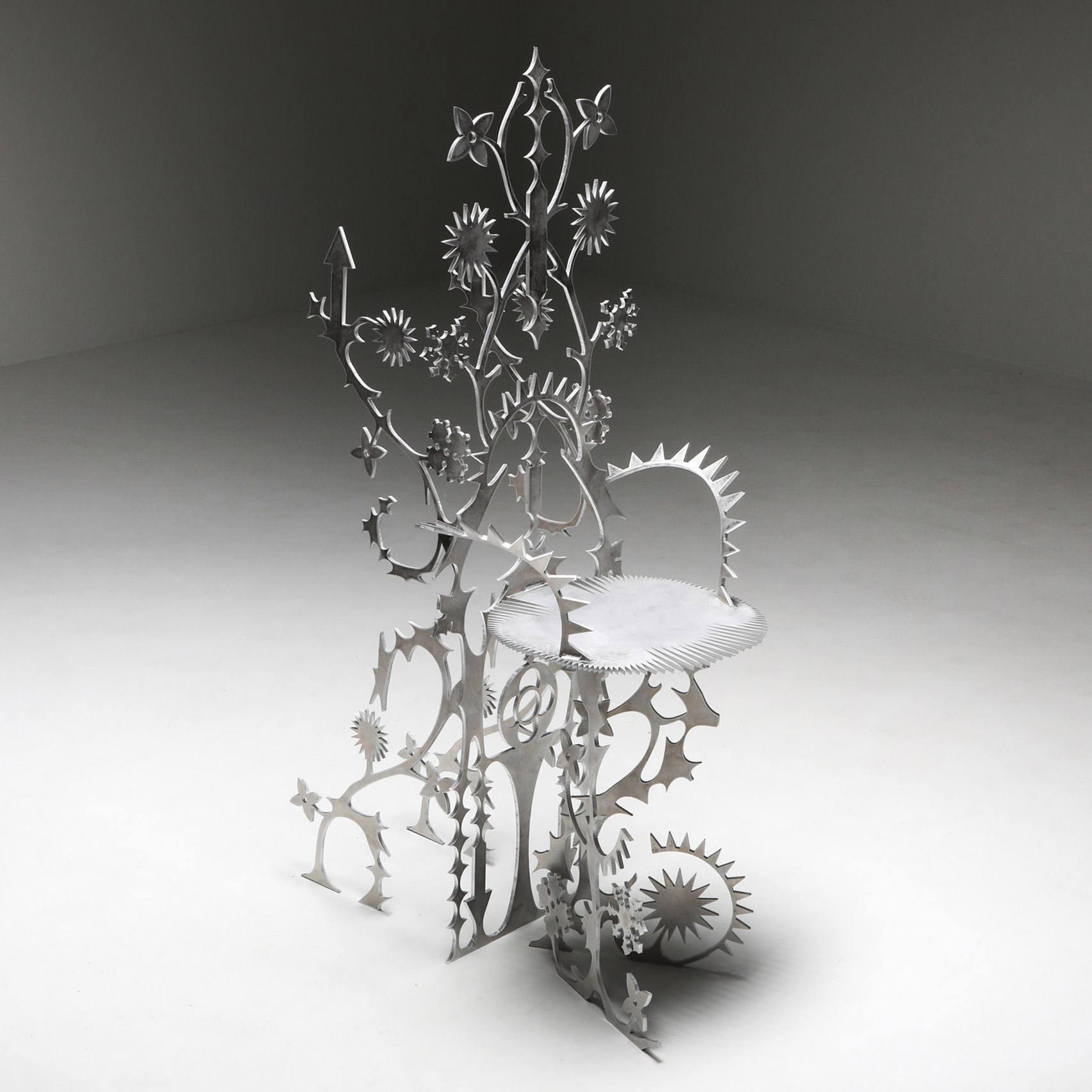 Designers Orson Oxo Van Beek and Quinten Mestdagh created a collection of furniture items made from pieces of aluminium with sharp and pointy edges, making them appear dangerous to touch or use.

The series aims to blur the boundary between aesthetic and function through its excessive decoration.

“We wanted to make the pieces so overly decorated, to a point where the actual furniture becomes functionless; an ornament in itself,” Van Beek told Dezeen. “The danger adds to the aesthetic and, most importantly, to the non-function of the object.” 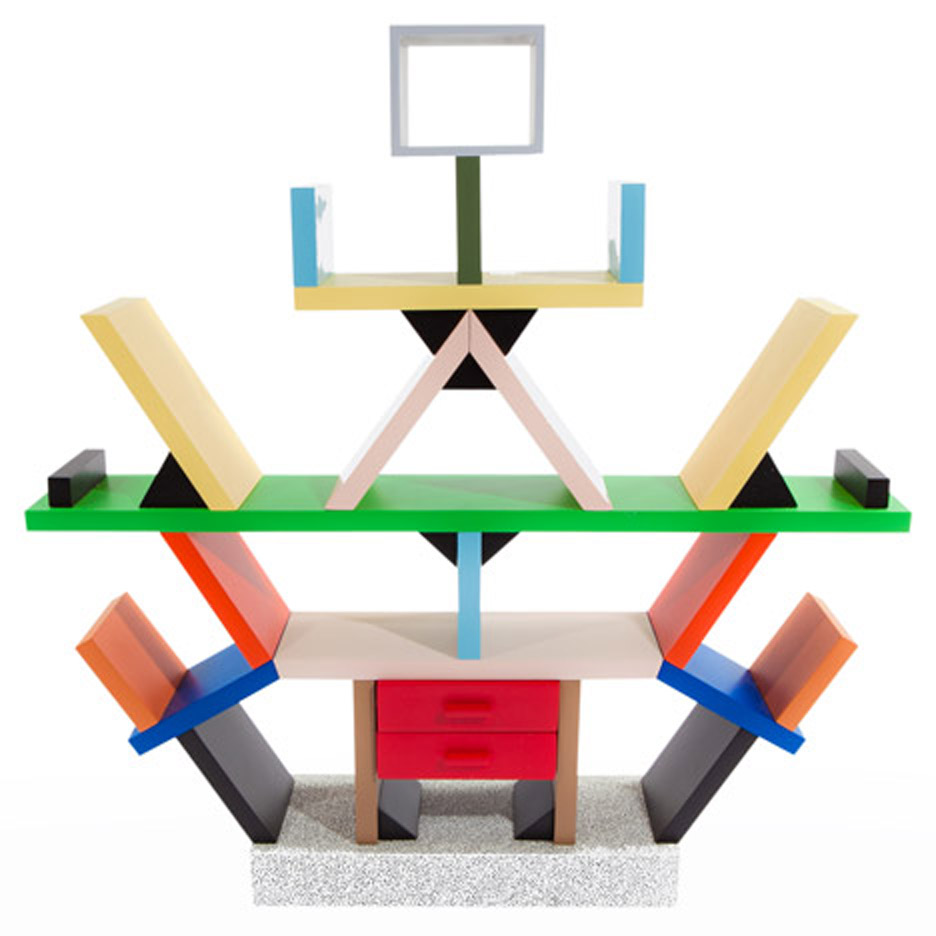 The Carlton bookcase designed by Italian architect Ettore Sottsass in 1981 for his Memphis Group is labelled as his most identifiable furniture design.

Its ambiguous form, constructed of colourful, haphazard sections of laminated medium density fibreboard (MDF), could be interpreted as a bookcase, a room divider, a dresser, or just a purely ornamental object.

The design follows Sottsass’ desire to break free from the restrictions of functionalism.

Read more about the Carlton bookcase ›

The post Eleven alluring furniture designs that verge on being dysfunctional appeared first on Dezeen.