The Step table by Michigan designer Erika Cross features an interchangeable top and base that can be stacked on top of each other at different heights, thanks to their ridged mating surfaces.

The design is based on a mechanical device called a step block, which consists of a pair of metal wedges with teeth running along one side and is used in workshops to clamp objects in place.

For the Step table, this geometry has been blown up to oversized proportions and turned into a deep black stepped wedge and cylinder duo, which can be arranged into different configurations with either placed on top.

“The same type of mechanical interface is present in the step blocks as in the two parts of the Step table, with the articulating teeth providing height adjustability,” Cross told Dezeen.

“With a larger scale and with refined geometries, simple industrial tools have been repurposed into household furniture.” 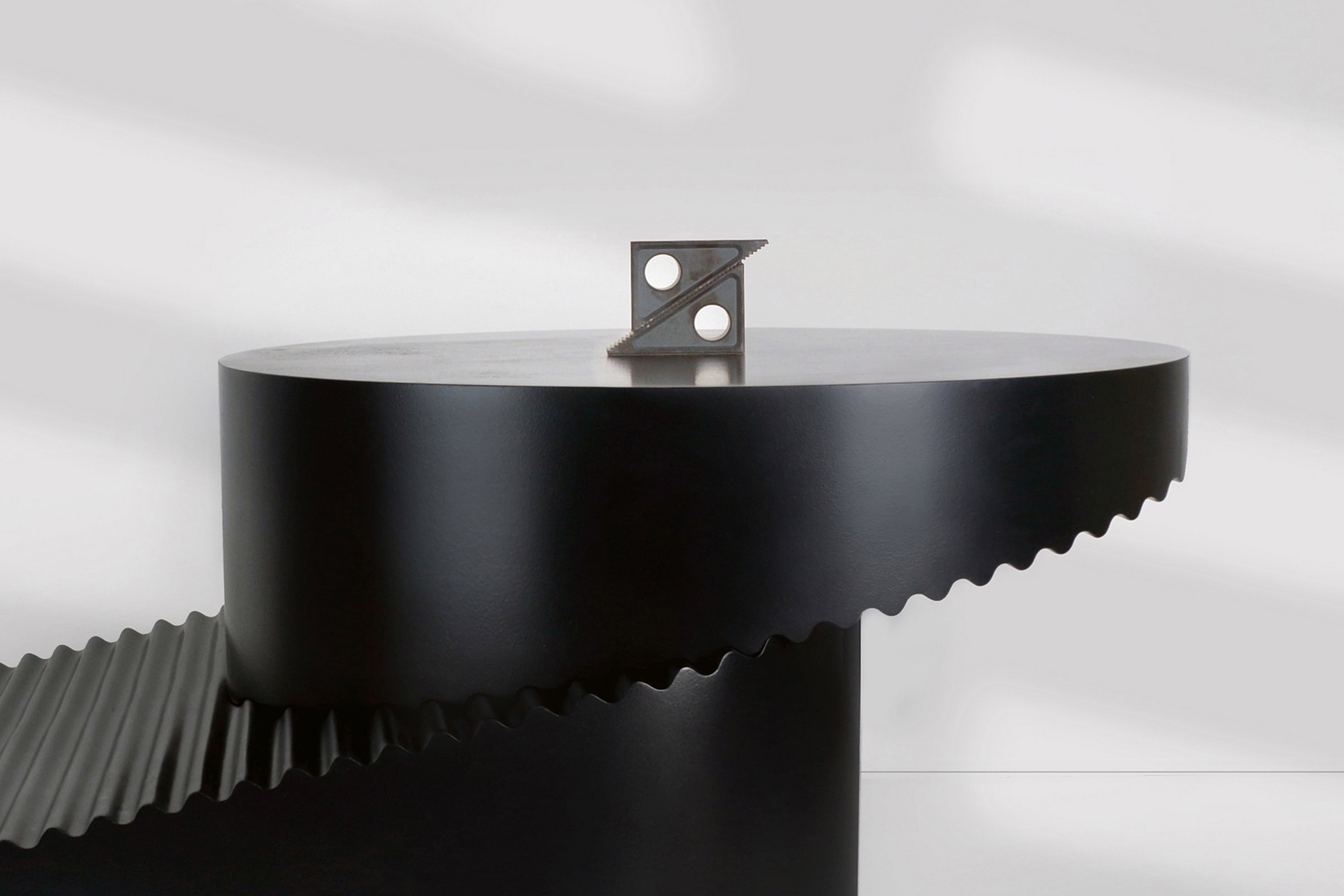 Thanks to its two reconfigurable elements, the table can offer a smaller or larger surface area depending on need and can be adjusted in height from a low coffee table to a taller side table.

According to Cross, facilitating this kind of active relationship with an object is a key aim of her design process.

“I believe that interaction creates value,” explained the designer, who won Best in Show for the Step table at this year’s NYCxDESIGN Awards.

“A piece that can be customised or reconfigured is an invitation for the user to get involved with it. This interaction strengthens the user’s bond with the object.” 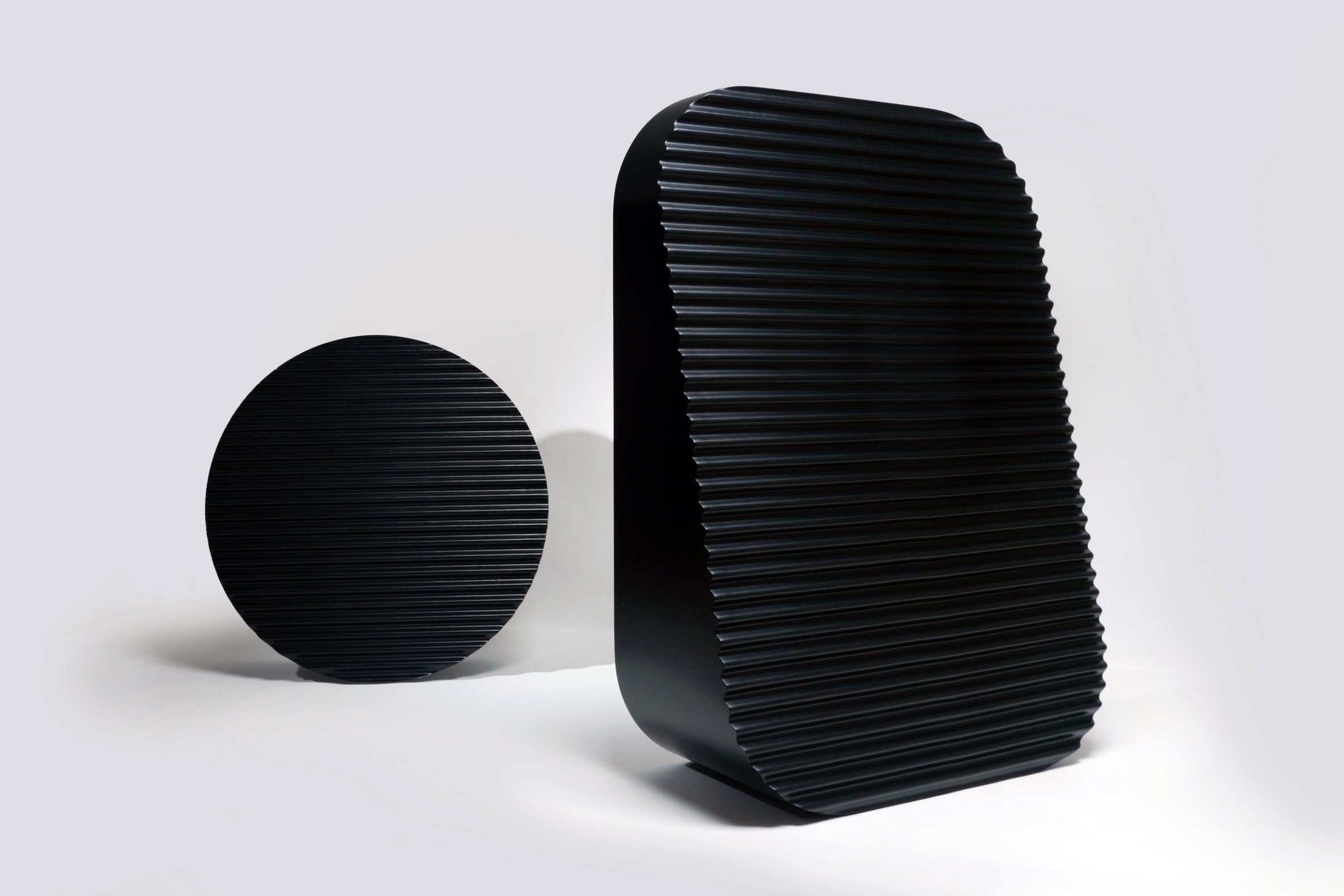 The piece was originally rendered as a lacquered MDF model as part of an intensive, year-long prototyping phase, with the aim of creating a streamlined batch production process.

Based on this master model, the designer made moulds in which the final piece was cast using a plaster and resin composite called Jesmonite.

The result is a production process that relies on only two elements – the mould and the casting material. 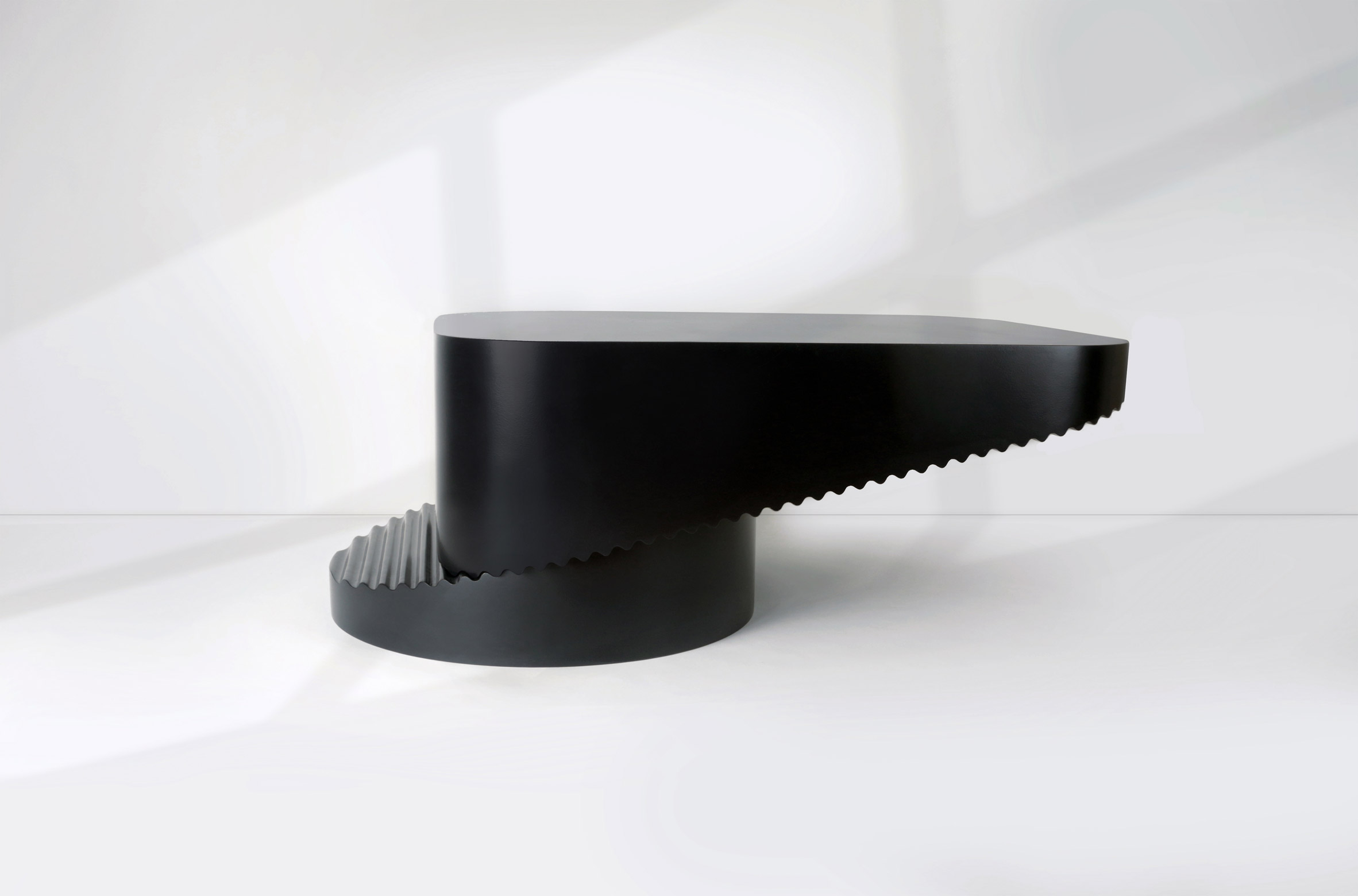 “I was concerned with reducing cost, decreasing lead time and minimising waste,” she explained.

“I wanted to be able to reproduce the design in a streamlined and resilient way without the need for specialised tools or workspaces during the production phase. The casting phase could be accomplished in a workspace with very modest infrastructure and staff, even a residential basement or garage.” 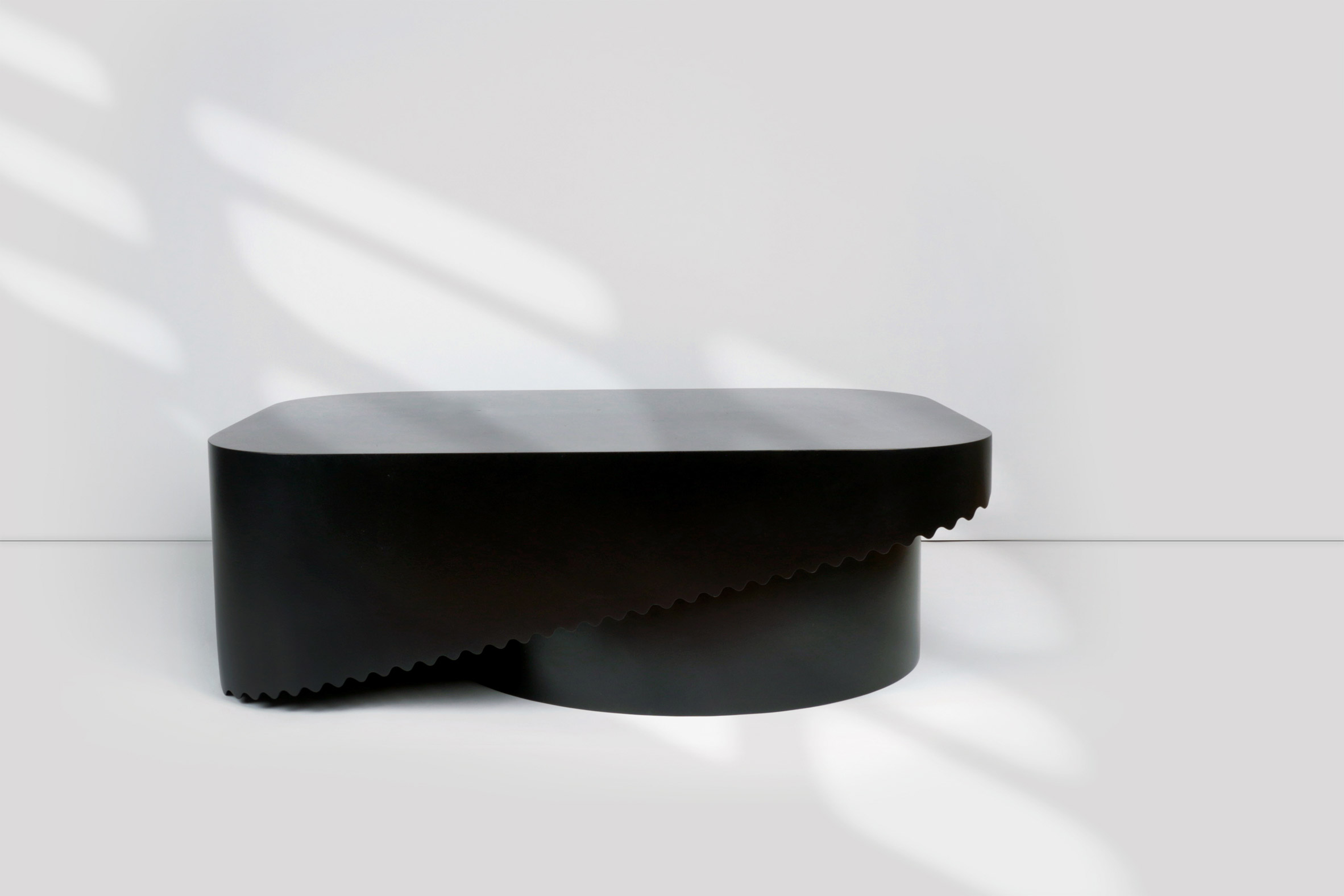 Although Cross didn’t design the process with a global pandemic in mind, she says recent events have reinforced the importance of fostering resilient, flexible production.

“I believe that the ability to adapt to changing consumer demand and varying resource availability in the production phase may be the new normal moving forward,” she explained.

“With social distancing, lockdowns and other consequences of the pandemic, we cannot take it for granted that the staff and facilities that were available yesterday will still be available today.”

Earlier this year Jonas Petterson, the CEO of Swedish design studio Form Us With Love, told Dezeen that the pandemic could lead to more localised supply chains across the industry.

“The virus is making us consider how supply chains work, how global business can be decentralized and less dependant on central hubs,” said Petterson.

Similarly, in Dezeen’s most-read story of the year, trend forecaster Li Edelkoort argued that the pandemic could offer us a chance to “build a new economy with other values and ways of handling production, transport, distribution and retail”.