So here we go again, the talk of more interest rate cuts.

Exactly, it will have no net benefit to hundreds of thousands of Australians with a mortgage as we deal with the current and after effects of the Covid-19 pandemic.

Well there are a number of reasons and they are wide ranging.

With the most recent interest rate cuts, the greater majority of borrowers simply did not reduce their loan repayments, instead, taking advantage of the lower rate environment to repay their loans quicker and reduce the capital of those loans.

Remember, over the last 3 or 4 years, all we have heard from our regulators in ASIC (Australian Securities and Investments Commission) and APRA (Australian Prudential Regulation Authority) is that Australians have borrowed too much and over-committed themselves.

So the very same borrowers that these regulators have worked overtime to reduce their ability to borrow, are now saying, “OK, thanks for the low interest rate environment that’s allowing us to repay our debts, just as you asked”.

But on the other hand, it’s these borrowers that also are primary consumers and those who the government is looking to, to in fact boost consumer confidence and spending.

Well sorry, but you can’t have it both ways here and say, borrow less, save more but at the same time keep spending, it’s a complete oxymoron.

We are still getting through the Coronavirus pandemic

For many people and small businesses, the relief of lower interest rates has made it easier to manage their debt whilst juggling to keeping their businesses open and in survival mode for many, as well as the retention of staff, whether through their own means or via the Jobkeeper program.

But we have varying states dealing with the Virus in various ways.

In Victoria, Dan Andrews still has us in Stage 4 lockdown, and whilst the current numbers are encouraging, there is no end in sight with his plans and when the State, and predominantly Melbourne, may commence to re-open and start trading again. Irrespective, there will still be significant restrictions for some time yet.

And then you have NSW who are still experiencing small infection numbers daily but with their contact tracing etc., are managing through.

Not to mention QLD, SA & WA who have all got their borders shut in highly politically motivated moves to restrict movement in and out of their states, but at the same time then decimating their own tourism and associated industries.

So until we have a clear and direct national approach to managing Coronavirus, lower interest rates are not going to help or stimulate or economy.

What guarantee do we have that the banks will pass on rate cuts anyway?

And there is always the million dollar question – will the banks and lenders pass on the Reserve Bank cuts anyway?

So whilst Assistant Governor Guy Debelle is saying that the Reserve bank has not ruled out cutting interest rates, you still have to manage our banks and lenders to firstly, be willing to pass on the cut remembering that banks are businesses as well and need to generate profits to satisfy their shareholders and secondly, have the ability to in light of their own funding costs.

For a long time in Australia, our debt was carried by the underpinning of people’s savings and cash, and then supported by the Reserve bank.

But now, much of the banks funding arms are actually secured offshore and therefore, their funding costs are not directly related to what the Reserve bank interest rates are in any case.

And with loan deferrals and probable bank write offs and as people struggle through the Coronavirus pandemic, this puts bank funding at more risk and likely higher costs, not lower.

So whilst the banks capital requirements have been reduced through the pandemic, our regulators – in order to ensure a sound banking system – will, in a matter of time, then come knocking on their doors asking them to increase their own buffers for the safety of the banking system.

OH yeah, banks are money making machines and CEO’s salaries and bonuses are directly linked to profit performance, we should never forget that.

And negative interest have failed across the world

There is actually no evidence in the world that negative interest rates have worked in order to boost spending.

In fact, it’s done quite the opposite with people taking money out of banks – I mean why would you put your money in a bank when you can put $100 in today and only able to withdraw $98 tomorrow?

It’s then been proven that people will “horde” cash and won’t spend it.

Japan is a great example of this experiencing negative interest rates and economic deflation for years now.

People’s ability to borrow has a positive impact

Australians are fundamentally aspirational by our nature.

You only have to look at some of our sporting achievements to see that we always punching way out of our weight class, yet still coming out on top!

And the ability to borrow money to afford “The Great Australian Dream” of owning your home has an incredibly positive and empowering mechanism within our psyche.

Once people own their home, they generally spend money to furnish it – Yes, more spending. And statistically they also purchase a new car within the first 12 months of home ownership as they feel good about their own financial position.

And when our homes rise in value, this then adds to the “wealth effect” of us feeling good about our own net wealth and guess what, when we make money, we tend to spend it and this adds to our consumerism and adds jobs and employment across the country.

Even the Reserve bank governor, Philip Lowe, recently stated that he believes that we have tightened our lending requirements too much under the guise of “responsible lending” and this is having a negative impact on our psyche first and then the economy secondly. 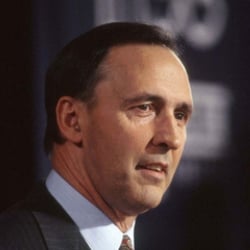 A recent article by former Treasure and Prime Minister – Paul Keating – was quite scathing of the Reserve bank to the point that he actually nicknamed it the “Reverse bank” in terms of being too slow to act in these matters.

It’s a great article with some very valid points and I agree with Mr Keating, the bank has been way to slow to act in the past to the point now that any interest rate cuts at all will be almost meaningless.

See, when people can borrow, they spend.

They buy a house or investment property (And the state taxes of Stamp duty and land tax follow into the government coffers) and in improving their own financial well-being, they then tend to spend.

And spending, or consumerism then builds our consumer confidence and when people are confident they will spend.

This boosts jobs and Yes, with people employed, the government earns more in tax revenue and don’t forget, there is a little tax called GST that is applied to all sales/purchases.

In the past 3-4 years we’ve seen some massive changes to our lending markets, and I’m not saying there didn’t need to be some changes made, there absolutely did in order to protect people from over-committing themselves or making purchases they couldn’t actually afford.

Low deposit, High LVR and then interest only loans because that’s all you could afford had disaster written all over it. 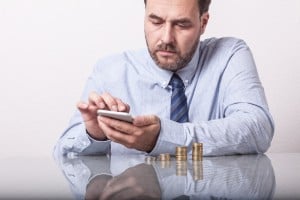 And even checking on people’s spending habits and living expenses has some merit but I feel this has gone too far.

We have to remember that every single person’s life there is an element of “discretion” and this seems to be a lost point to lenders and regulators.

I firmly believe these modifications could have the greatest impact to resurrecting our great country and economy.