The housing sector looks to be turning a corner according to the latest research bulletin by the ANZ Bank.

After falling since April, national house prices were flat in October and look set to rise over coming months according to ANZ Senior Economist Felicity Emmett.

The strength is largely being driven by owner-occupiers, with low interest rates appealing to buyers in secure employment according to the report.

House prices have been more resilient and have turned around earlier than ANZ expected.

They now believe October 20 20 will mark the bottom of the house price cycle and ANZ now expect house prices at the national level to rise modestly over the rest of the year. 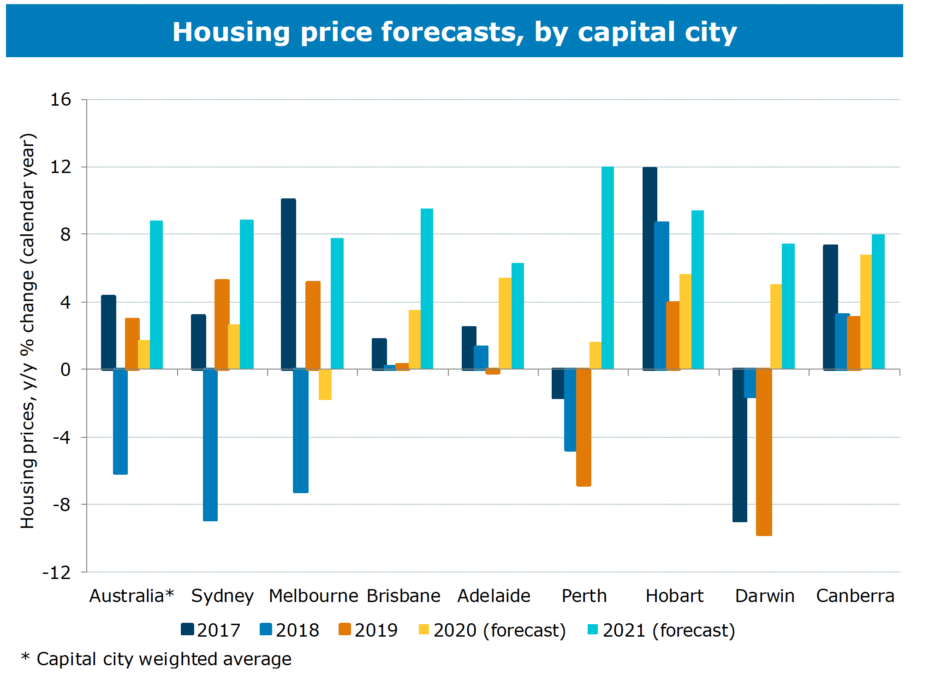 House prices are turning higher, helped by lower interest rates, substantial government stimulus and a bounce in confidence as the second wave of the pandemic comes under control.

These factors seem to be offsetting weak fundamentals of high unemployment, very low population growth and a fractured rental market.

Prices in Brisbane and Perth are already recovering after very modest declines, while prices in Adelaide, Hobart, Darwin and Canberra have maintained their upward trend through the pandemic.

Owner-occupiers, and particularly first home buyers, are driving the market.

Clearly a significant cohort of buyers with stable employment are keen to take advantage of historically low interest rates.

Bolstered by government support, first home buyers have increased their new loan commitments sharply over the past few months, a story which is consistent across the states.

We see the risks to the outlook as evenly balanced.

An early vaccine rollout and the resulting lift to sentiment could drive larger price gains than we currently anticipate.

That said, we think regulators would be quick to step in with macro prudential measures if the market looked be overheating.

House prices declined nationally through the worst of the pandemic, but varied widely across cities

In most cities, the lower end of the market has performed best

Housing finance has turned up convincingly

As you can see from the following charges provided by the ANZ bank, housing finance has picked up sharply, in particular for owner occupied and first home buyers.

This will lead to more property transactions moving forwards

One sign of increased consumer sentiment is the perception that now is a great time to purchase another property.

Auction indicators have rebounded, and volumes are recovering

Auction clearance rates are are good in time indicator of market sentiment, and recently they have been strong in all capital cities, not just in the auction centres of Melbourne and Sydney.