During his five years studying the rich and the poor Tom Corley identified 10 hard truths about the wealth gap that no politician or member of the mainstream media would dare reveal.

And as I share them with you today, you’ll probably get a few surprises.

These aren’t just our thoughts.

From the data he gathered, he was able to identify 344 differences between the way the rich and the poor conducted their lives.

Over one hundred million individuals have read something about my research, which has been cited, quoted, referenced, commended and criticized in 25 countries around the world.

As a result, Tom has made a lot of friends and a lot of enemies.

And he’s about to make some more with this podcast.

His research opened my eyes. 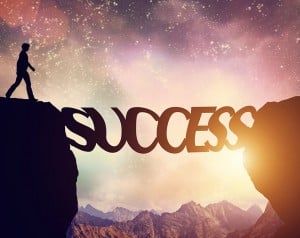 One of the many benefits of having done this research is that he became privy to the inner workings of the lives of the rich and the poor.

For five years he was that fly on the wall.

And this fly has identified 10 hard truths about the wealth gap which we’re going to discuss today in an episode which is part of what I call our summer series where apart from bringing you one new show each week we are replaying 2 previously published shows, and the foundational wealth lessons I’m going to share in today’s show which was originally published a number of years ago will help you take advantage of the new property cycle that is appearing in front of our eyes in 2021

10 Hard Truths About the Wealth Gap

I now know that rich people, particularly the self-made rich, are the good people.

They were raised by good parents, parents who cared and who mentored them to succeed.

We don’t have a wealth gap in this country.

We have a parent gap.

If, as a society, we truly want to end poverty, we have to first acknowledge the cause of poverty.

Parents are to blame.

As a great man once said, “the truth shall set you free.”

“We know that children develop habits from things they see, things they experience, things they hear, and their mentors as a child are really their parents.” – Michael Yardney

“Bad mentoring from parents is more likely to – but not certainly – going to give you a disadvantage in life.” – Michael Yardney

Reviews are hugely important to me because they help new people discover this podcast. If you enjoyed listening to this episode, please leave a review on iTunes – it’s your way of passing the message forward to others and saying thank you to me. Here’s how.