It’s all a Ponzi scheme and is going to come crashing down around us!

The only reason our property markets have survived COVID-19 is because of bank and government support.

That’s some of the commentary you’ll find in the media and over the internet at present and on the other hand, you’ll find many experienced property commentators saying we’re at the beginning of a new property cycle, one where property values will rise considerably.

Can property values keep rising, and can they rise as much as they have over the last three or four decades?

That’s the question Stuart Wemyss and I discuss today as we explain the various factors that created the significant property price growth over the last couple of decades.

However, looking forward many of those growth drivers won’t be the same. So what’s ahead for property values?

That’s what we going to discuss so welcome to today’s show.

Will property values continue to rise?

As we enter the beginning of a new property cycle some people are asking can property prices continue to rise at the same rate at which they have over the last three or four decades?

In fact, some people asking can property values keep going up at all considering how expensive they are today?

I know that’s a question that has been asked of Stuart Wemyss, an independent financial adviser, and author because he’s written recently written a blog outlining his thoughts, so I look forward to hearing how he would answer these questions.

Some of the topics Stuart and I discuss

In Stuart’s blog, he had a graphic showing what happened to house prices over the last five decades from 1970 to 2020.

$18,000 was a lot of money in those days when the family car was a Holden Kingswood and cost $2000; so I guess one of the first things we have to do when looking at house prices is see how they performed after inflation.

Some of our favorite quotes from the show: 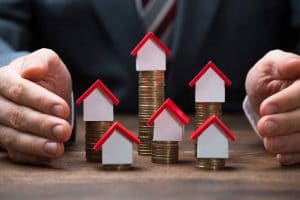 “There are more of us (Australians’s), but we’re also wealthier. We’re earning more.” – Michael Yardney

“As always, demographics is going to be very important moving forward.” – Michael Yardney