There are many definitions of what it means to be rich.

Being rich is more a state of mind than a dollar amount, though – the rich can be poor and the poor can be rich.

Being rich is really more about having what you want and being able to enjoy your wealth.

You need a sense of balance, and true wealth isn’t about money or how many properties or shares you have.

You need your health. You need time to enjoy and appreciate things. You need somebody to love and someone to love you. You’ve got to have the ability to give back to the community. You need spirituality. You need to be able to grow and learn.

In these podcasts, I talk a lot about money, but money isn’t a zero-sum game.

One person’s wealth can’t stop you from becoming wealthy as well.

And in today’s episode, you’ll hear more about building the habits that can help you become wealthy.

How can poor people become rich?

If no poor person on the face of the earth ever rose from poverty to wealth, you might have a case that it’s impossible to become rich if you were born and raised poor.

There are thousands of poor people every day who become rich.

According to Forbes Magazine, just in America, there are approximately 1,700 working-class people a day who become millionaires.

What was the #1 factor that helped them shake off the chains of poverty and become wealthy?

Changing your habits can be hard, especially if you don’t know how.  Here are some short-cuts to changing habits.

When an old habit does not perceive a new habit as a threat, it does not wage war against the formation of the new habit. 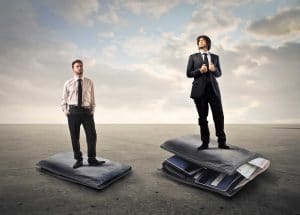 Old habits can be triggered by the individuals you associate with.

You can find these new individuals in network groups, non-profit groups, trade groups or any group that is focused on pursuing similar goals.

Changes in Your Environment

It is much easier to abandon old habits and form new habits when your environment changes.

When your environment changes, you are forced to think your way through each day.

It is far easier to change your habits if you start with small habits. 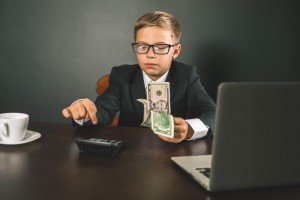 Examples include drinking more water during the day, taking vitamin supplements or listening to audiobooks while you commute to work.

Sixty-seven percent of self-made millionaires in my study maintained a to-do list.

To-do lists are a way of processing success into your life.

One of the tricks self-made millionaires use is to incorporate certain good daily habits onto their to-do list.

One trick to habit change is to make it harder for you to engage in a bad habit by creating some type of firewall between you and the bad habit.

Wondering what’s ahead for our property markets? Organize a time to speak with the team at Metropole by clicking here

“At no other point in history have so many people escaped bitter poverty in such a short time as in China.” – Michael Yardney

“Small changes give you momentum. They increase your confidence.” – Michael Yardney

“I think the message is, if other people can do it, you can do it.” – Michael Yardney

Reviews are hugely important to me because they help new people discover this podcast. If you enjoyed listening to this episode, please leave a review on iTunes – it’s your way of passing the message forward to others and saying thank you to me. Here’s how.