How wealthy are you? I guess that depends upon how you define wealth.

In today’s podcast, I chat with demographer and social commentator Mark McCrindle about wealth distribution in Australia.

We talk about what’s happened to the wealth gap between the rich and the average Australian, and we answer the question “are we better off financially than our parents were?”

And of course, I’m also going to share my regular mindset message with you.

So at the end of today’s show, you’ll have a better understanding of where you sit on the wealth ladder and what you can do about this.

My conversation with Mark McCrindle:

The rich keep getting richer, or so we keep hearing. But is that true?

And last year, the coronavirus has seemed to affect certain demographics more than others. How has that affected the wealth distribution in Australia?

With higher wealth and income levels than ever are we any better off?

It’s mixed. The cost of living is rising, costs of property and rentals are rising as well.

So we expect income to rise because costs of living are rising.

It’s not as though we’re rolling in money, but on average we’re paying our bills. Two-thirds of Australian households carry debt, and a quarter of them have debt that’s three times their household, so we’re still carrying a lot of debt.

But Australians have been moving forward with both income and wealth.

How is wealth distributed amongst the different generations?

It’s mainly held by the older generations. It’s largely in the household home. About one third is in financial assets such as shares and superannuation

Are we better or worse off than our parents were?

In so many ways, the younger generation is better off.

It is getting more expenses to own a house. But the costs of things like travel, transport, and daily commodities are less expensive. Plus, the younger generations are investing more in their future earnings with education. Over time, they will start to catch up in terms of wealth.

The younger generations will live longer and work longer, so they have a broader spread of wealth accumulation years. They also have the support of parents and higher earnings as they begin. 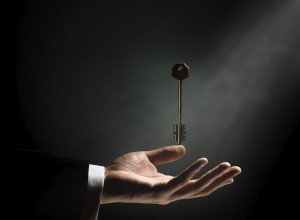 What’s happening to the gap between the rich and the poor?

One of the best measures of that is the Gini coefficient. It highlights that inequality is getting less.

How did COVID affect wealth?

In many ways, it added to the equality of Australia.

The government stepped in with Jobkeeper and Jobseeker and intervened to level the playing decks. Because of the uncertainty, many Australians also paid down debt and saved more.

Find out more about McCrindle Demographers

“My grandparents’ generation were more workers and it was rare for them to go to university.” –Michael Yardney

“I think one of the things you’ve got to remember is that in Australia, our poor are still richer than the rich in many other countries.” – Michael Yardney

“Timidity is not a virtue, it’s an illness.” –Michael Yardney