We’ve all heard the phrase “safe as houses”, and indeed, investing in real estate has long been considered a safe and secure long-term investment strategy, particularly for those who do their due diligence and locate good-quality properties in areas that are likely to grow in appeal and value.

That said, as with almost all areas of our lives, the coronavirus pandemic has entered the equation and turned everything we once knew to be true on its head.

With so much economic upheaval, together with hasty changes to legislation, which has tipped the balance of power in favour of tenants (at least during the pandemic), is real estate still a worthwhile investment?

According to property expert Michael Yardney, director of Metropole Property Strategists, the answer is a resounding yes.

Since the pandemic first began impacting our economy and way of life around six months ago, real estate values have “remained remarkably resilient”, he says – and while he believes property values are likely to fall further in certain segments of our markets, such as high-rise apartment towers and other secondary properties, there is no reason to have a doom and gloom outlook just yet.

“I started my property investment journey in the early 1970s, and I’ve lived through eight property cycles.

I’ve seen property booms and periods when there was little growth for a number of years.

I’ve invested during periods when negative gearing was allowed and a number of years when it wasn’t,” Yardney says.

And I’ve come to realise that neither booms nor busts last forever.

Property slumps, like the one we’re experiencing now, are temporary.

However, the long-term appreciation of well-located properties is permanent.”

“Property slumps, like the one we’re experiencing now, are temporary. However, the long-term appreciation of well-located properties is permanent”  says Yardney.

He adds that the idea that property prices are too high, and buying a property is unaffordable for first-time investors, is not a new one, and has persisted since he bought his very first home decades ago. 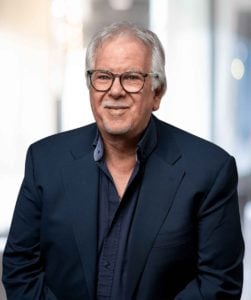 “Back in 1973, around the time I bought my first investment property, the average weekly wage was $111.80, including full- and part-time workers, according to the Australian Bureau of Statistics,” he says.

“Today, a full-time worker makes on average $1,604.90 weekly before tax. Back then, just like today, there was a concern about how hard it was for first home buyers to get into the property market.

It was hard for first home buyers as well as property investors then, just as it is today.”

Yardney is careful to clarify that he does not wish to downplay the risks of investing in property.

There are many aspects of property investing that remain uncertain for landlords right now, particularly in Melbourne, where the state government has recently extended the deadline for non-eviction of tenants until the end of the year.

The ban on evictions and rental increases will apply to both residential and commercial tenancies and is “an important step in ensuring we help tenants and landlords get through the coronavirus pandemic and out the other side”, said Melissa Horne, Minister for Consumer Affairs.

However, Yardney says investors who shy away from investing now due to concerns about the performance of their property in the next few years may wind up regretting their decision. 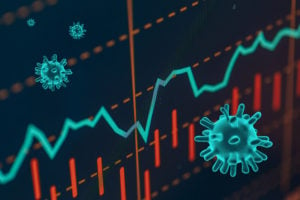 “The economic slowdown caused by our government to control the coronavirus pandemic, plus rising unemployment and falling consumer confidence, is creating significant headwinds for our property markets, so of course I can understand why some property buyers have ‘gone on strike’ while waiting for the picture to become clearer,” he says.

“But it’s important to keep a big-picture view and remember what has happened over the long term.

And consider this: who wouldn’t like to buy the property their parents bought 10 or 20 years ago at the price they paid back then?”

“The trajectory of the market is largely dependent on overcoming the current health crisis, which would allow the flow of people and economic activity to resume” Eliza Owen, head of research Australia, CoreLogic

His optimistic view of the real estate market’s resilience is reflected in recent research from CoreLogic. In its Quarterly Economic Review: The Australian Residential Property Market and Economy report for June quarter 2020 (released last month), CoreLogic reveals that data is showing some encouraging trends in the performance of the national economic and housing market since  the onset of the pandemic.

“The impact of COVID-19 has been an enormous negative shock to the economy.

However, housing market value declines were relatively mild over the June quarter.

This is thought to be a function of record low mortgage rates, home loan repayment deferrals and various demand-side government stimulus for owner occupier purchases,” the report states. 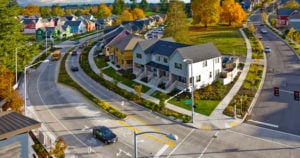 “There has been an emerging narrative of the high demand for regional dwellings as the pandemic  has normalised remote work, with regions outside of the capital cities offering lower density and lower-cost housing,” the report says.

“However, it is important to note that a large part of the relatively strong performance in regional areas could be cyclical.

Overall, this latest research from CoreLogic reveals that the main impact of the pandemic on the dwelling market has not been value declines, but rather, social distancing and plunging consumer confidence have led to a sharp fall in transaction activity.

Eliza Owen, head of research Australia at CoreLogic, says both property listings and sales volumes initially trended down significantly amid the Stage 2 restrictions (see boxouts), which were rolled out in late March.

“Sales volumes fell by over a third in the month of April; however, as restrictions eased and consumer confidence was partially restored in May and June, a strong rebound was observed across sales and listings,” she explains. 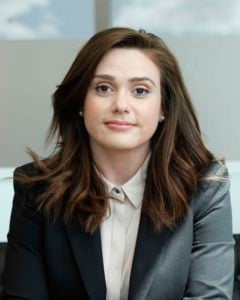 “Finance activity fell in the June quarter, which is understandable given the dip in transactions, while an increase in transaction activity over May and June signalled the start of a rebound in new lending. Refinancing activity amid record-low mortgage rates has also offset some of the decline in new home lending.”

Owen adds that the capital city markets have shown some “interesting divergence” since the onset of the pandemic.

“Melbourne saw the sharpest decline in values of the capital city markets, led by declines in the Inner East and Inner regions. Inner-city areas have been particularly impacted by the pause on international migration and an acute decline in employment across tourism and hospitality,” she says.

“Some smaller capital cities continued to experience an increase in dwelling market values over the June quarter. Adelaide, which has historically shown very little volatility, saw a 0.7{c8b66c61d036f6ef577ebb4000d6f98acefd4039e69613ab9f29a3541d0a44dc} increase in values. The Australian Capital Territory dwelling [market] was also a relatively high growth market through the start of the pandemic in Australia, though increases are largely concentrated across houses. Furthermore, the ACT rental market saw a decline in value, as lower-income household employment has been more impacted by the pandemic.”

Despite divergent performance, the renewed restrictions across Victoria are likely to put downward pressure on economic performance nationally, she adds.

“For this reason, it is anticipated that the housing market decline will become more broad-based in the second half of 2020,” Owen says.

“The trajectory of the market is largely dependent on overcoming the current health crisis, which would allow the flow of people and economic activity to resume. A housing market recovery is unlikely until borders reopen and the labour market makes a consistent recovery.” 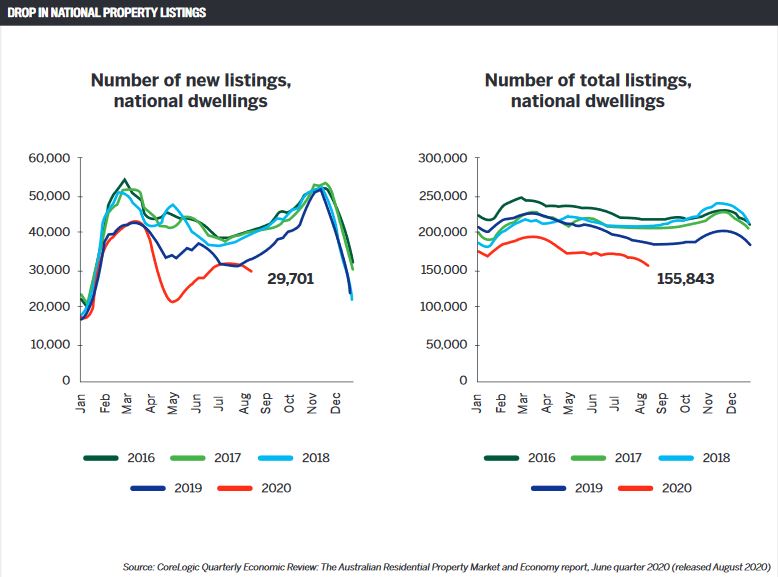