Turin-based design collective Studio Nucleo has created a series of chromatic furniture items constructed to form a pixellated effect for an exhibition at Nilufar Gallery.

The exhibition, titled It’s All About Colour, has seen Italian Studio Nucleo release pastel-hued versions of its all-white Primitive furniture collection, which was initially released in 2009 and 2010.

Each of the geometric pieces, which include a large floor lamp, a pendant light, a sofa, an armchair and a dining table, are reimagined and animated in soft shades of pale pink, mint green, canary yellow and dusty blue. 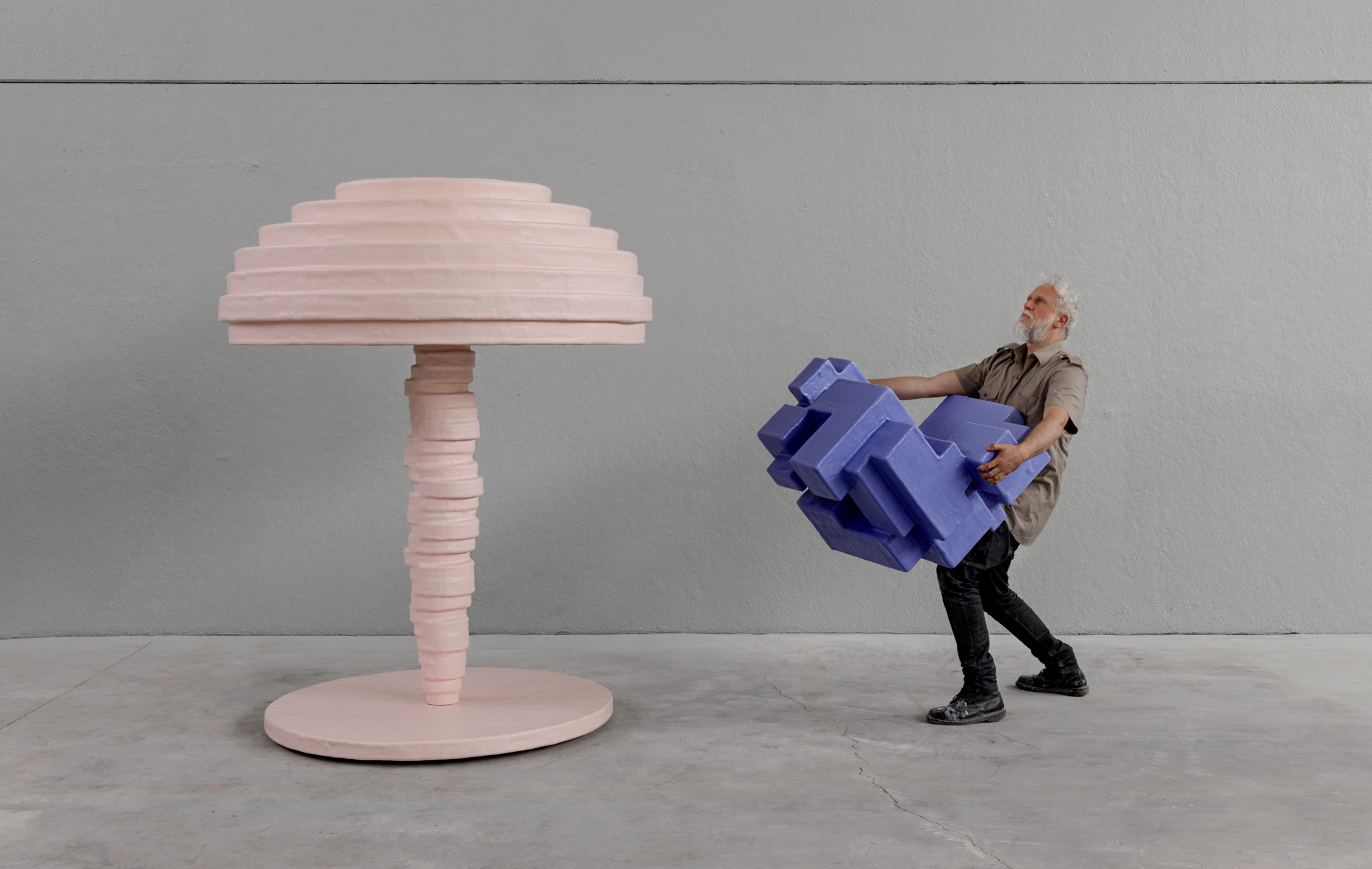 When designing the furniture, Studio Nucleo aimed to reduce aggregated forms to basic geometric shapes. The result is a series of products that boast a pixellated style, made up of overlapping cubes.

Made by hand, each design is unique and has been finished with a non-toxic resin that highlights the bumps and imperfections on its surfaces. 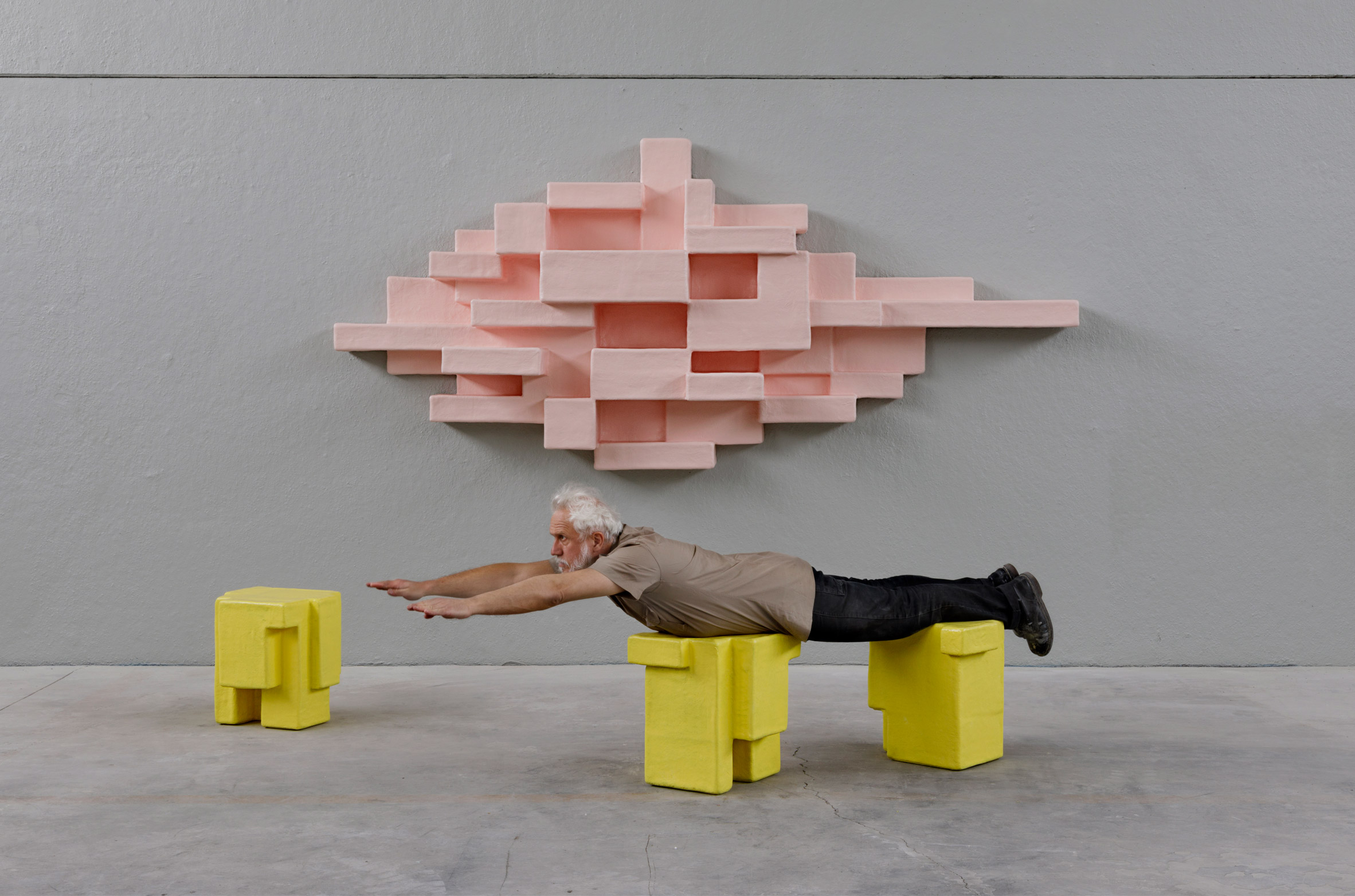 According to the studio, Primitive was informed by the work of 20th-century creatives like Swiss-French architect Le Corbusier and Russian artists Wassily Kandinsky and Kazimir Malevich.

“The return to structure is a 20th-century leitmotiv, with artistic avant-garde, from cubism, to abstract art, to constructivism, suprematism,” said Studio Nucleo.

“The art is free from ‘enslavement’ to the subject, able to translate the motions of the human soul with the pure colour or pure form.” “In [his book], Spiritual in Art, Kandinsky devotes many pages to elementary figures, Malevic entrusts artistic representations of a single subject, the famous Black Square on a white background,” the studio continued.

“Arte Povera of the sixties and the current ‘minimal’ expression in art and design are a ceaseless research into the great depths that the simple form does have.”

As the studio explains, its Primitive collection is an homage to this artistic research. 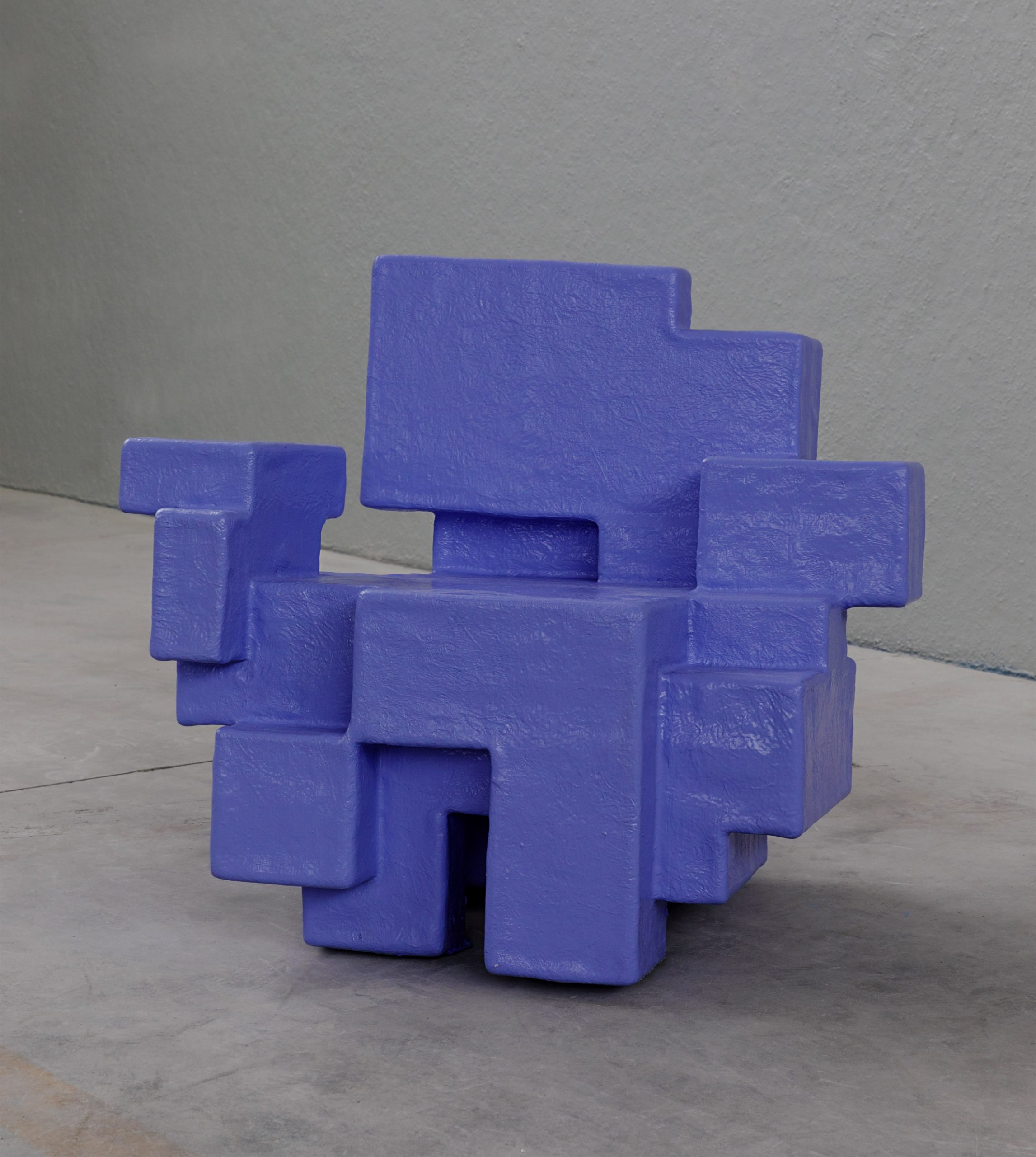 Nilufar Gallery’s showcasing of the colourful Primitive range is the first in a series of six shows – each presenting different collections of Studio Nucleo’s work.

The exhibition will be an “in fieri” – a Latin term for “in progress” – meaning the pieces will arrive on a scheduled monthly basis.

While Primitive opens the six-part exhibition, the studio’s Relief collection will be displayed in July, following Leftover in August, Presenze in September and ending with Color Lenses in October.

From opening to closing, the exhibitions will run from 1 July until 30 November 2020 in Milan, Italy.

The series of shows are in celebration of 10 years of collaboration between Studio Nucleo, led by Piergiorgio Robino, and Nilufar Gallery. Each of the six collections have been selected by gallery founder Nina Yashar. 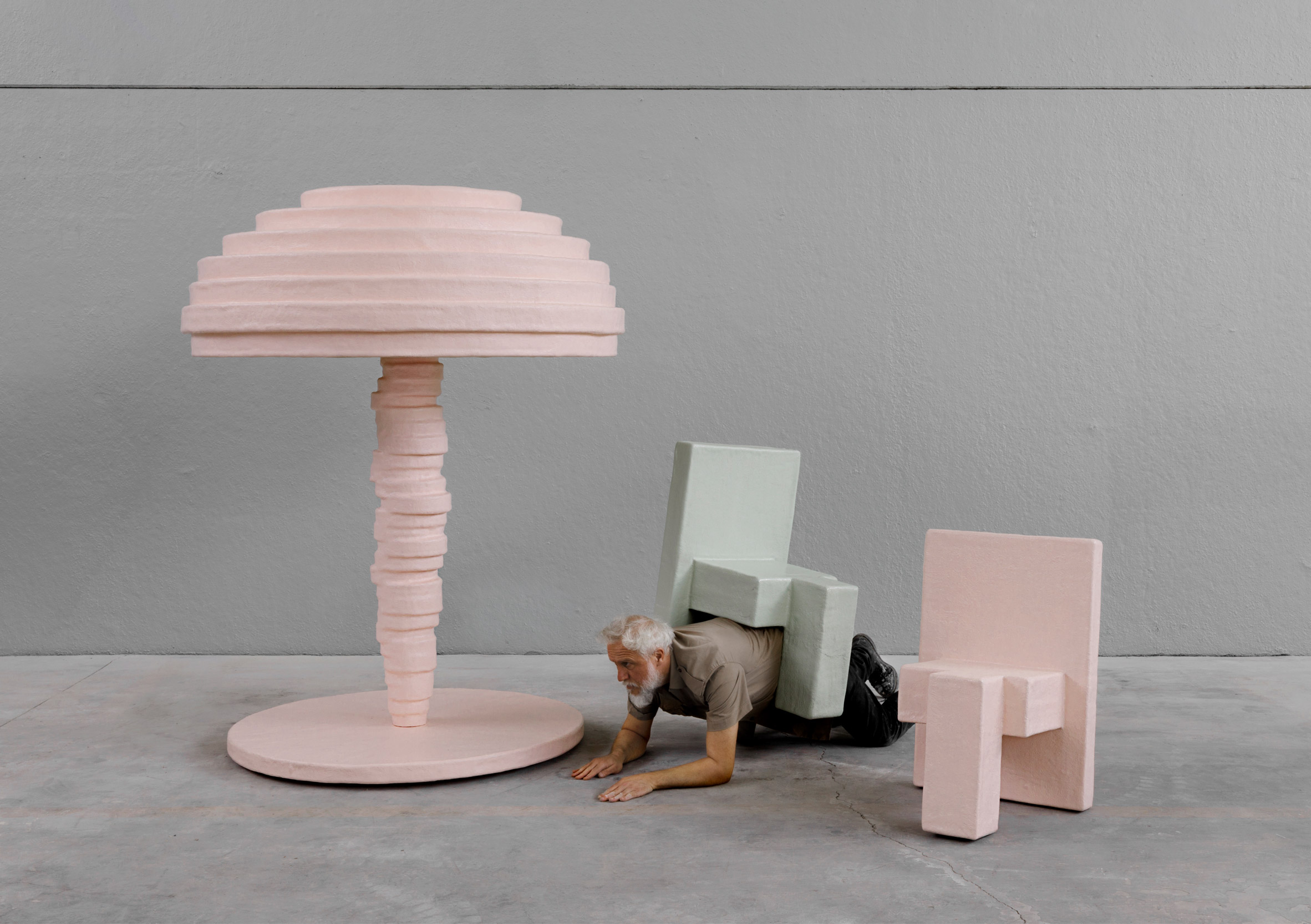 Initially shown at the Fondazione Sandretto Re Rebaudengo in Turin, Italy, the white iteration of the Primitive collection was the first project that Studio Nilufar presented at Milan’s Salone del Mobile in 2010.

The 2020 edition of Salone del Mobile furniture fair was cancelled as a result of the coronavirus pandemic. The event is due to next take place from 13 to 18 April 2021.

Previously, Studio Nucleo has created a grass chair, comprising a cardboard frame that becomes a seat when it is filled with earth, covered with grass seeds and left to grow over time.

It has also designed a series of 3D-printed outdoor furniture items intended for an imagined future settlement on the moon. Each piece takes cues from classic designs of the past by Italian design brand Driade.

Photography is by Pepe Fotografia.