Following the news of Virgil Abloh’s death, we’ve rounded up 10 projects that illustrate the designer’s boundary-pushing approach, from an IKEA receipt rug to his design for the Mercedes-Benz G-Wagon and the interiors he created with OMA.

Abloh, who studied architecture at the Illinois Institute of Technology, pivoted to fashion with the launch of his own brand Off-White in 2012 before going on to lead menswear for Louis Vuitton.

As well as running his own label, he also acted as a sustainable design advisor for Evian and collaborated with a wide range of brands and institutions, from Nike to the Musée du Louvre in Paris.

“I don’t believe in disciplines,” Abloh told Dezeen in an interview last year. “We can use our architecture brain and do many things, not just what we’re supposed to do.”

Below, we’ve rounded up a selection of some of his broad-spectrum designs. 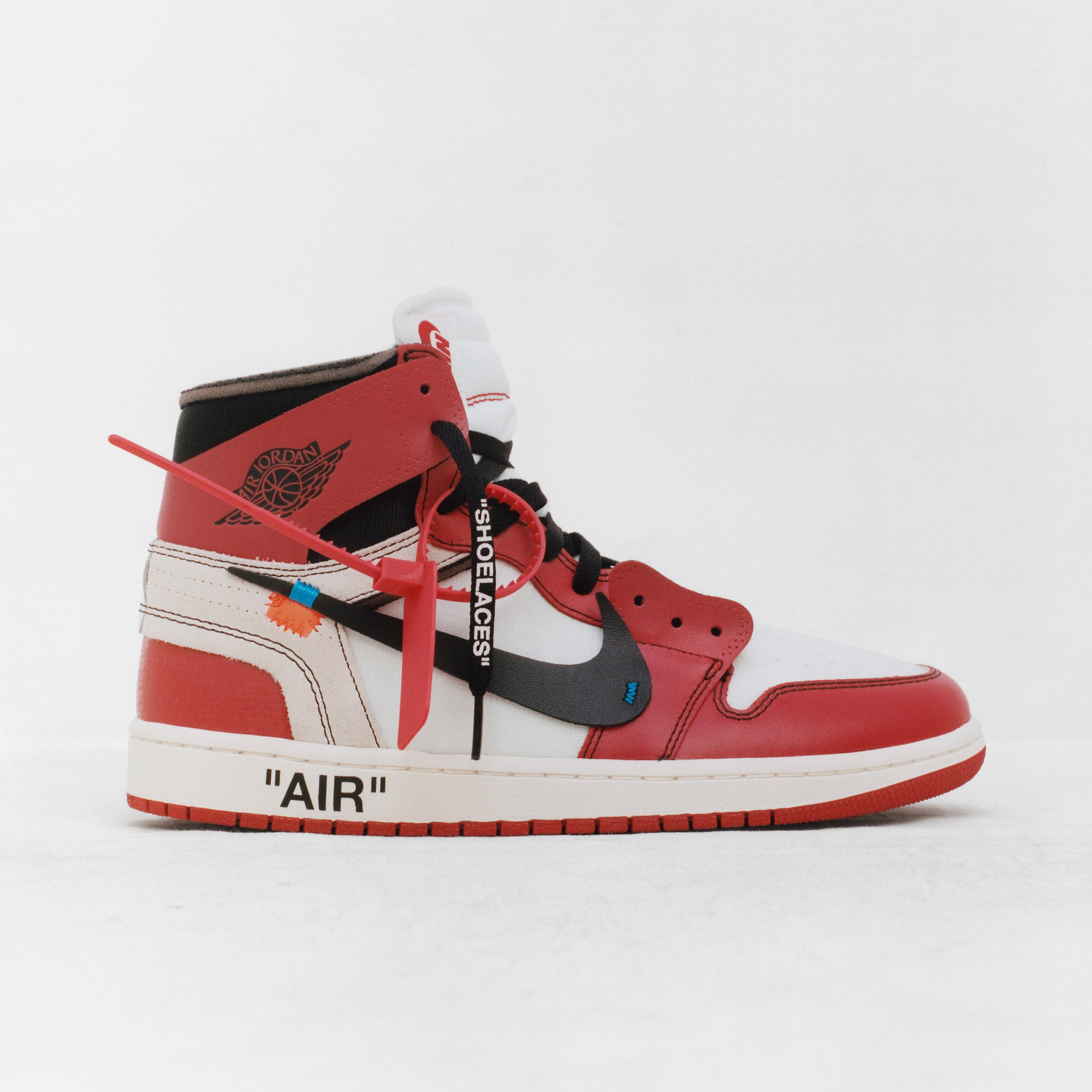 In what Nike said was one of its fastest collaborations ever, Abloh reimagined 10 of the brand’s most iconic trainers over the course of only 10 months from ideation to release.

Among the designs is the Air Jordan 1, which in Abloh’s design has the Nike label and Swoosh cut off and resewn in new positions and Off-White’s hallmark red zip ties threaded through the laces.

“What we’re talking about here is larger than sneakers, it’s larger than design culture,” Abloh said of the decision to rerelease the trainers. “These 10 shoes have broken barriers in performance and style. To me, they are on the same level as a sculpture of David or the Mona Lisa.”

Find out more about the collaboration with Nike › 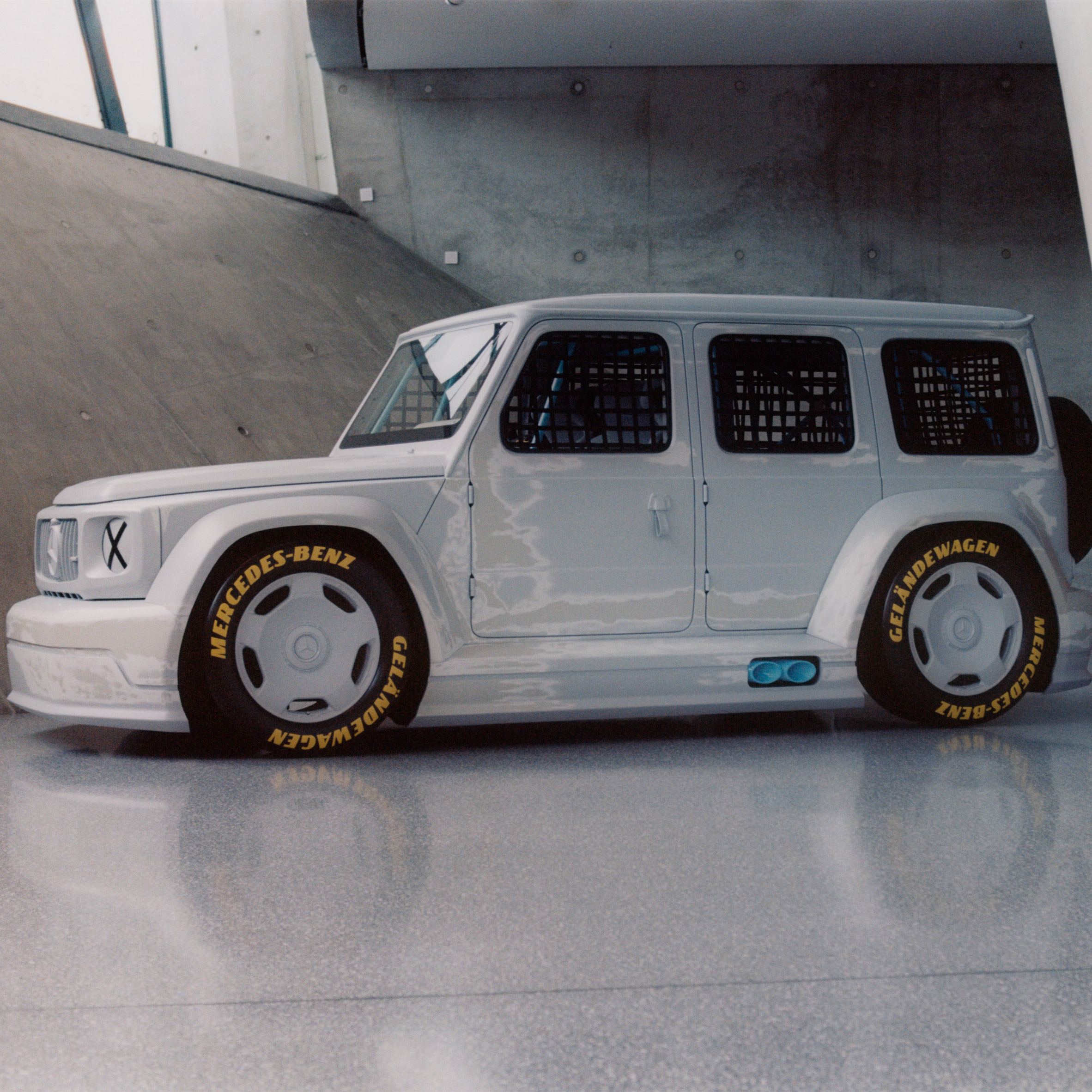 Abloh worked with Mercedes-Benz chief design officer Gorden Wagener to reimagine the brand’s classic G-Wagon as a one-off art piece, with a stripped-back white shell that features no indicators or outside mirrors but is hand-sanded to emphasise its monolithic shape.

On the inside, the concept car is fitted with a baby-blue safety frame while bright red seatbelts are emblazoned with the two designers’ names – Abloh and Wagener – exemplifying Abloh’s penchant for bold typography.

Find out more about Project Geländewagen › 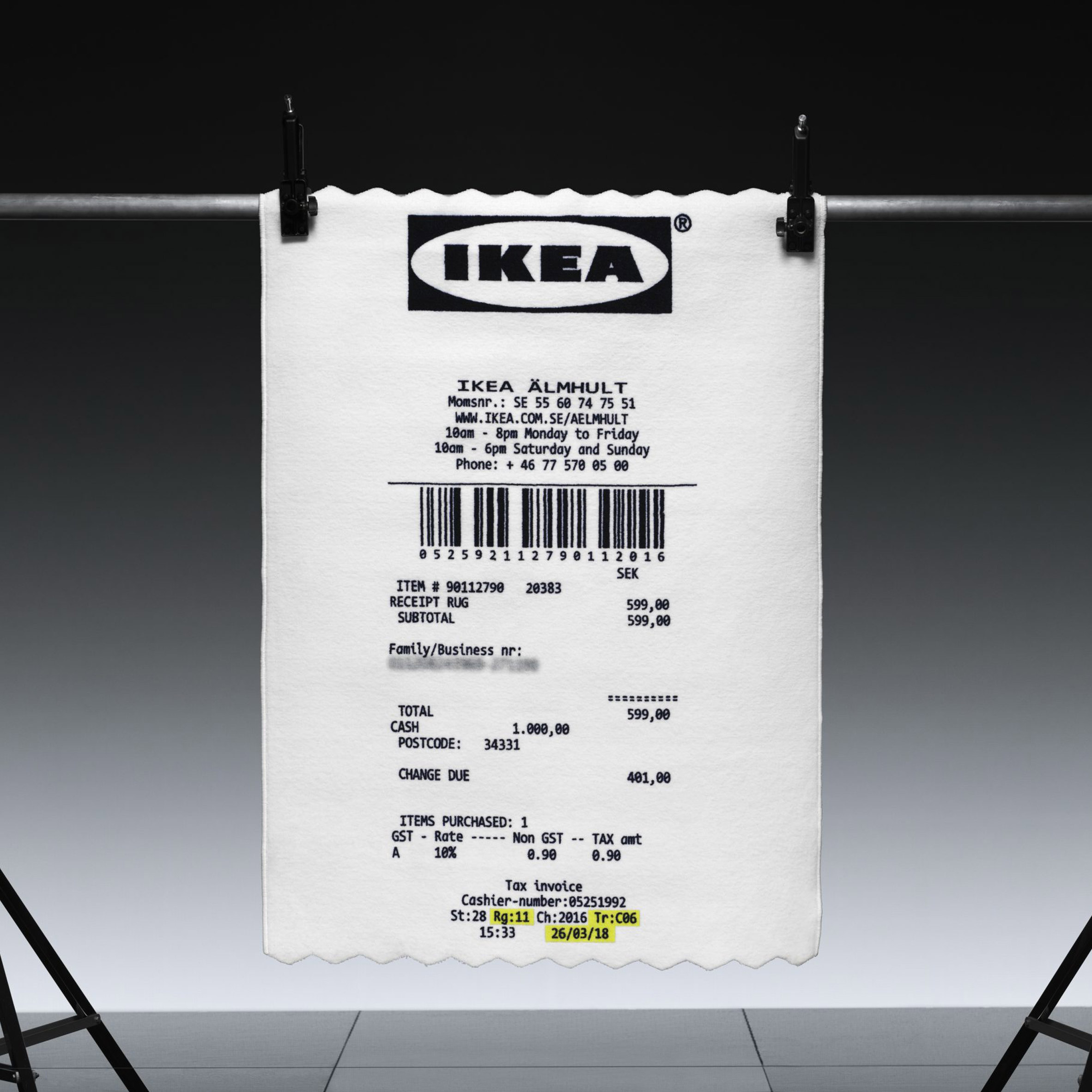 With his hotly-anticipated Markerad range for IKEA, Abloh hoped to make his designs available to a younger, less affluent audience. The collection especially targeted students and young people moving into their first homes.

Among the homeware pieces, many of which sold out in a matter of minutes, was a rug designed to look like an IKEA receipt for a rug. Abloh added subtle ironic details such as this to the collection, which he likened to pop art.

“In the same way you might hang a piece of art work on your wall, art can bleed into objects like a chair, table or rug,” Abloh said.

Find out more about the Markerad range › 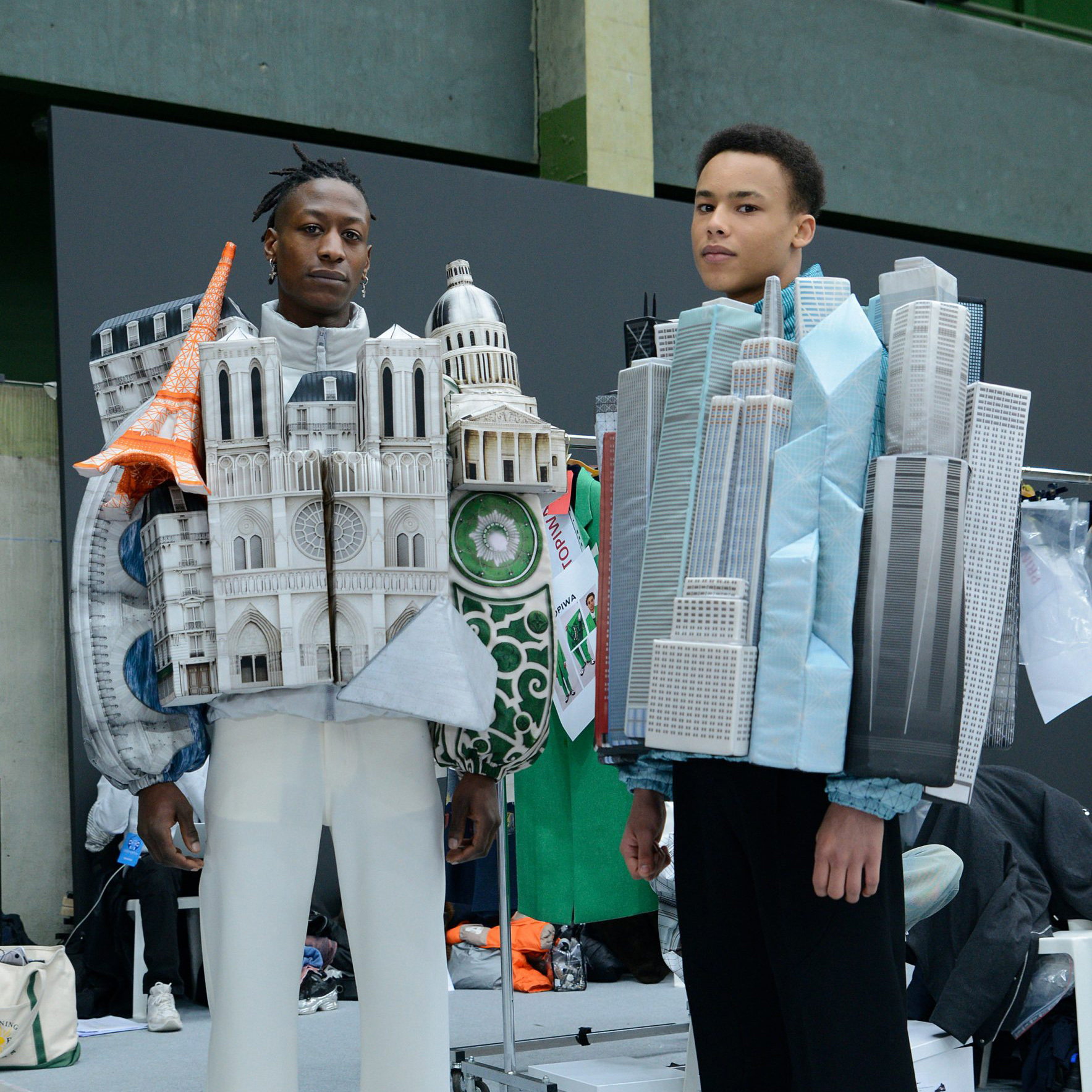 One of the pieces featured Paris landmarks, from the Eiffel Tower to the Centre Pompidou by Richard Rogers and Renzo Piano, while another combined iconic skyscrapers from across the world including SOM’s John Hancock Center in Chicago and IM Pei’s Bank of China in Hong Kong.

Find out more about the FW21 collection › 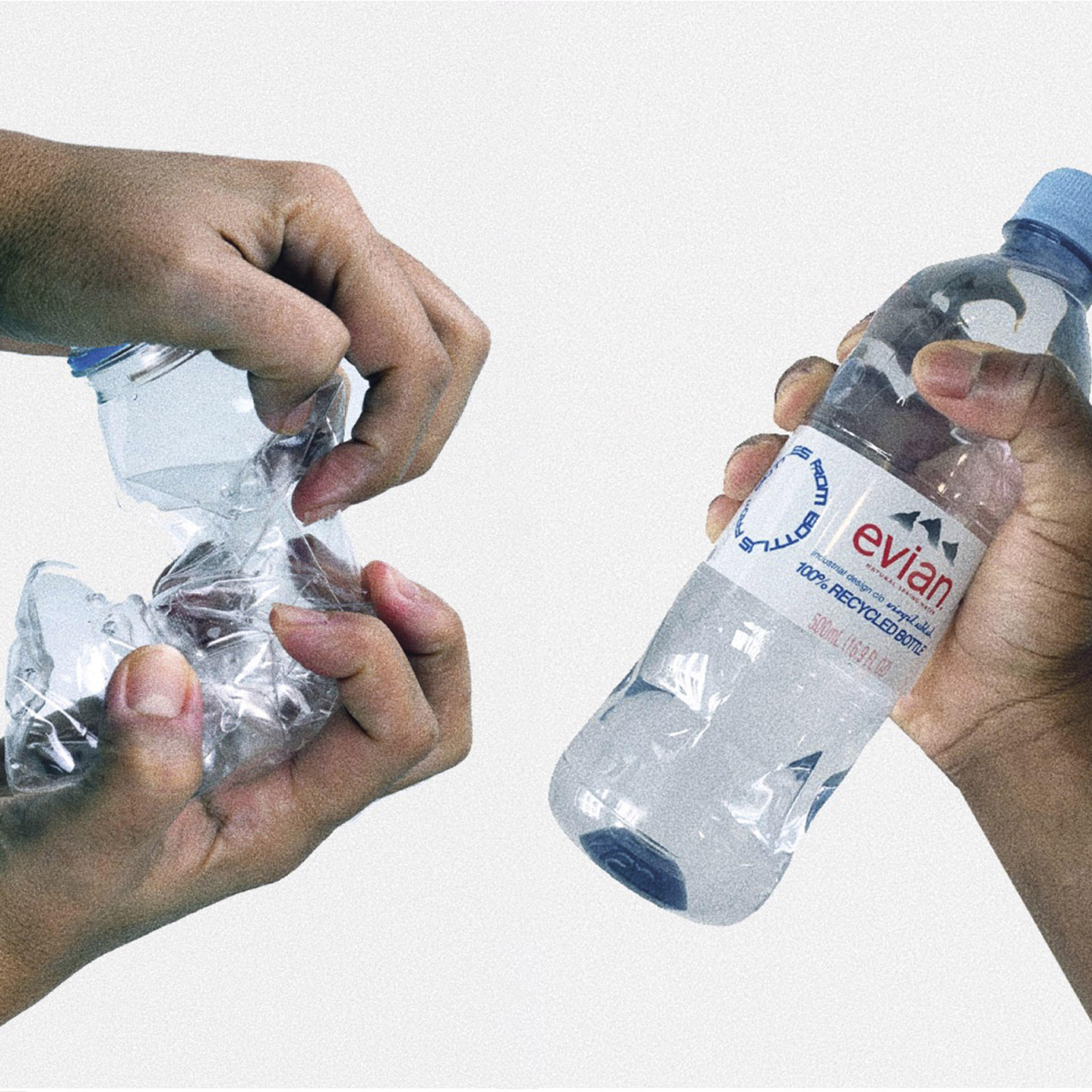 After being named Evian’s creative advisor for sustainable innovation design in 2018, Abloh designed a number of products with the aim of cutting down on the amount of plastic packaging waste produced by the company.

Among them is the first recycled plastic bottle (above) launched by the brand in the US. “I wanted to create a shape that was as iconic as the Evian brand, whilst representing how the product has been reinvented using old bottles,” said Abloh. 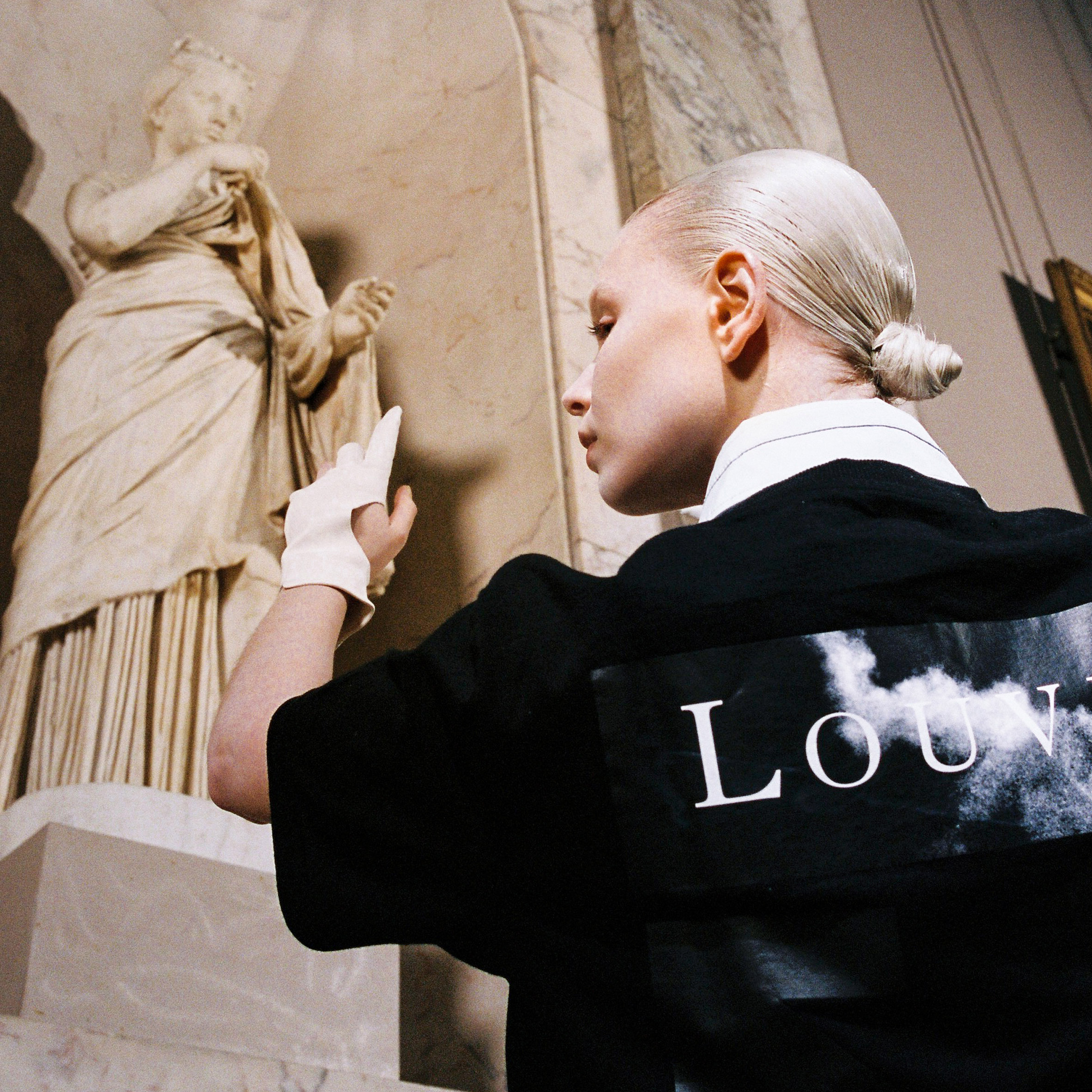 To mark the 500th anniversary of Leonardo da Vinci’s death, Abloh created a capsule fashion collection for Paris’s Musée du Louvre that combined some of the artist’s most famous paintings with Off-White’s signature graphic branding and four-way arrows.

The release is one of a number of unconventional collaborations between streetwear brands and art institutions, which also include Sotheby’s streetwear with Highsnobiety and the Natural History Museum in London’s collaboration with local label Finisterre.

Find out more about the Louvre collaboration › 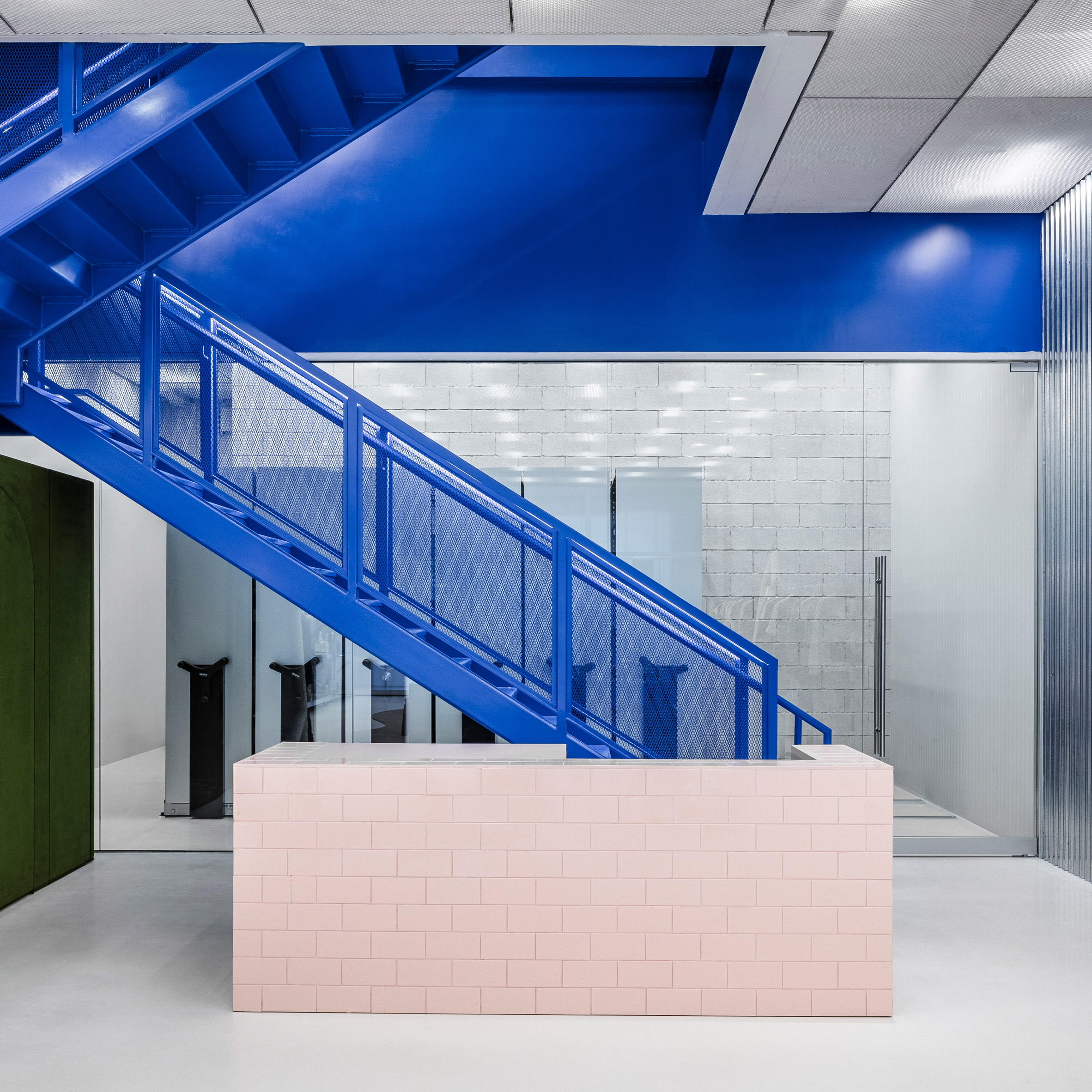 Abloh worked with frequent collaborator Samir Bantal, who heads up OMA’s research arm AMO, to create Off-White’s flagship in the Miami design district – a multi-purpose space that doubles as a fulfilment centre and a flexible event space for gigs, talks and fashion shows.

The duo also collaborated on the design of Figures of Speech, a major retrospective exhibition of Abloh’s career at the Museum of Contemporary Art Chicago (MCA).

Find out more about the Miami flagship › 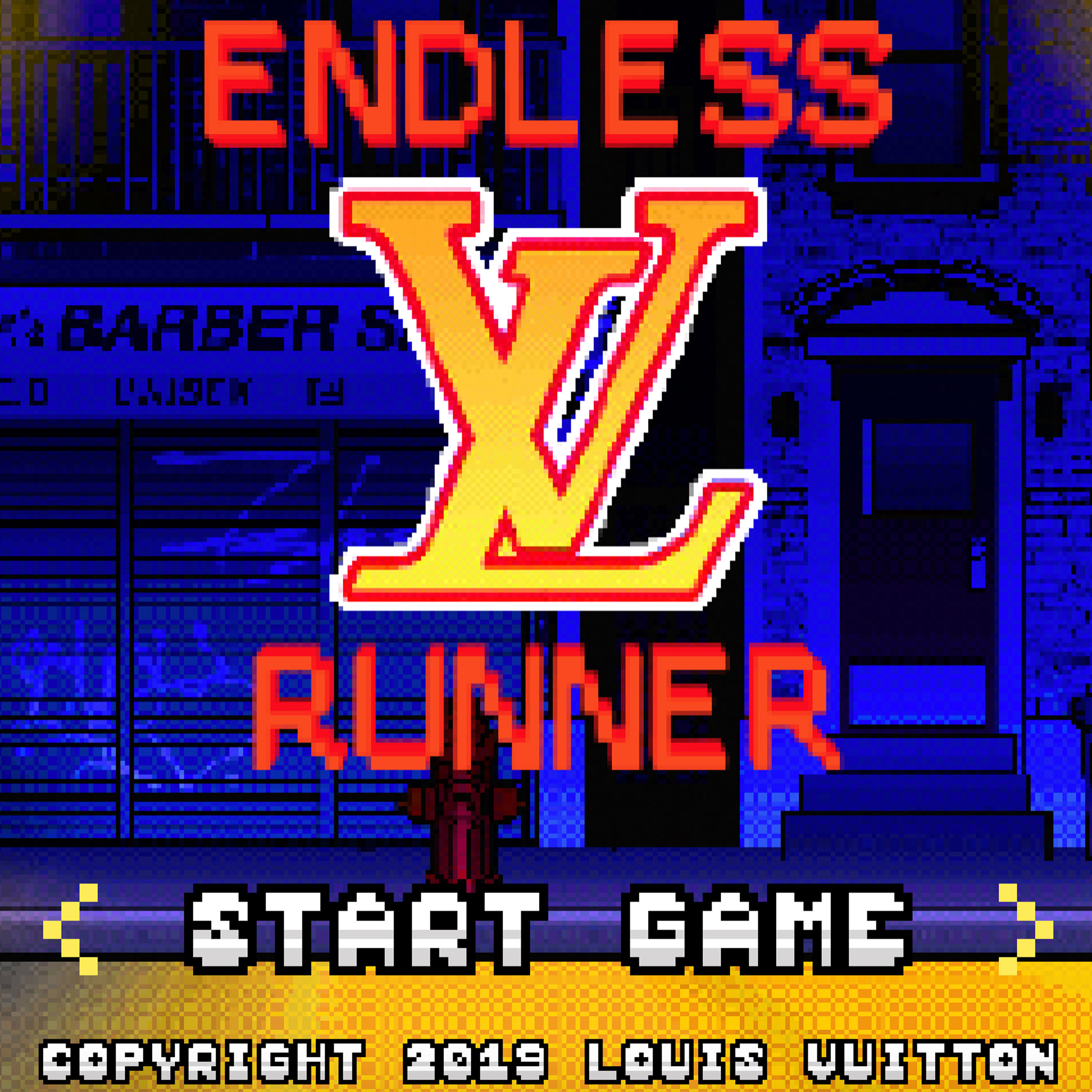 Under Abloh’s guidance, fashion house Louis Vuitton looked to the potential of video games and the wider metaverse, where people can experience a digital universe in parallel to their real-world existence.

Together with Abloh, the brand released a retro-style platform game called Endless Runner that led players through a New York streetscape informed by the set design of Abloh’s Autumn Winter 2019 show for Louis Vuitton.

Recently, fashion house Balenciaga also launched one of its collections via a video game.

Find out more about Endless Runner › 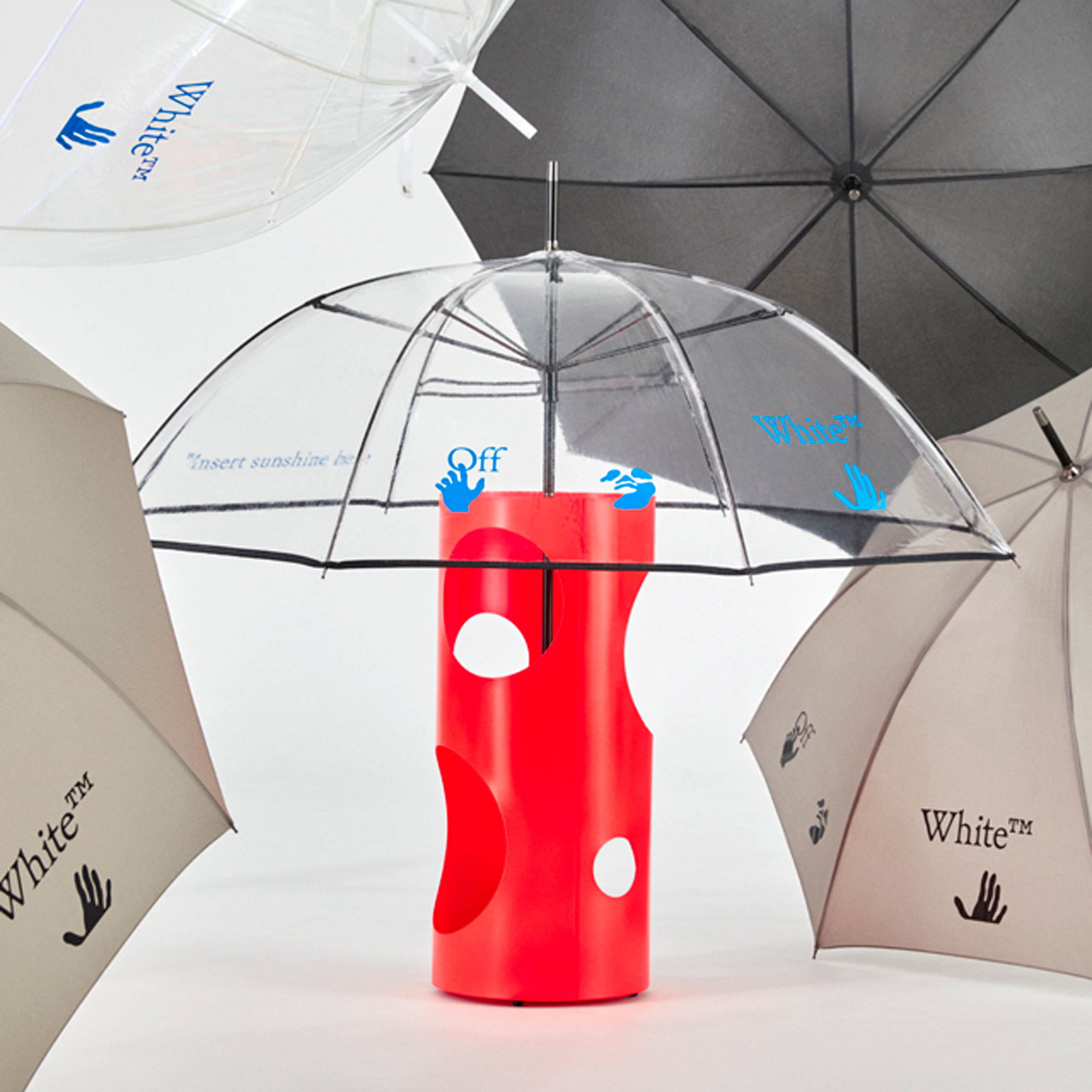 In partnership with 1stDibs, an online marketplace for modern and antique collectors’ items, Abloh released more than 80 products for the home, ranging from umbrellas to dressing gowns and doorstops resembling wedges of Swiss cheese.

The collection incorporated many of the icons and bold typographic elements that have become synonymous with Off-White, including the Hand Off logo, which was introduced in 2019.

Find out more about the HOME collection › 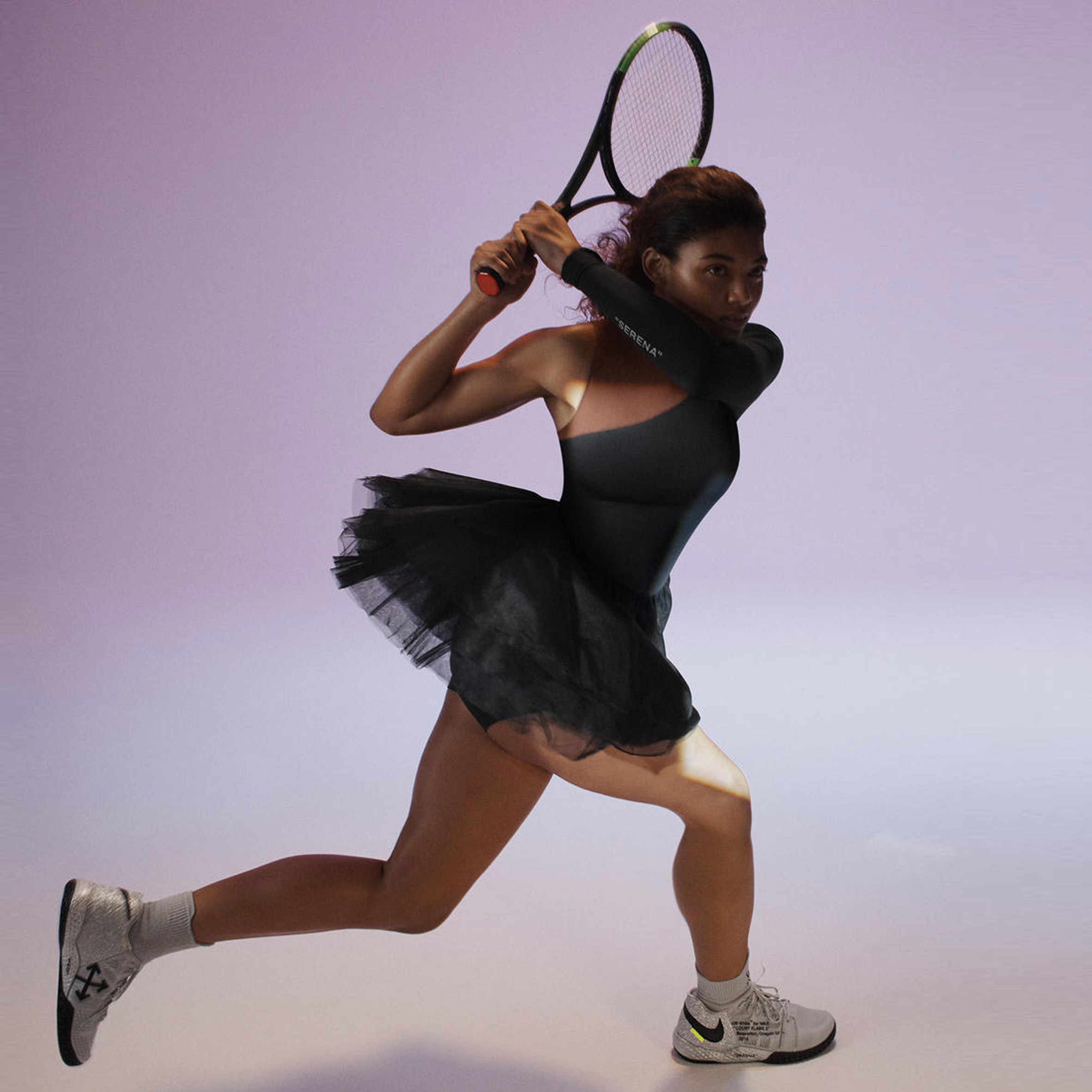 The Queen Collection dress for Serena Williams and Nike

Riffing off the silhouette of the classic white tennis skirt, Abloh dressed tennis legend Serena Williams in a black, ballerina-style dress with a flaring tulle skirt for the 2018 US Open.

The dress features mismatching arm lengths and quirks such as the word “logo” written above the Nike swoosh.

“It’s not about bells and whistles and tricks,” Abloh said of the design. “It’s just about it living on the body, and expressing Serena’s spirit with each swing of the racket.”

Find out more about the Queen Collection ›

The post Ten projects by Virgil Abloh that demonstrate his versatility as a designer appeared first on Dezeen.