With so much media attention centred on housing demand and prices, here’s a look at the supply side to see what the post-pandemic market holds for property developers and the supply of property.

Developers are often blamed for building unsightly, even unsafe high-density apartments and encouraging speculative investment, yet housing development has been the means by which our cities and towns have grown and been rejuvenated.

Many of our towns and cities were initially founded on harbours, rivers and bays which offered easy transport for both people and goods.

As our cities grew so did the docks, railways, power stations and abattoirs hugging waterside areas.

Much of the potentially most attractive parts of major cities became heavily polluted industrial heartlands and residential no-go zones.

But look around these areas today and you’ll see a fundamental change reaching fulfilment almost everywhere as the last decaying and derelict wharf, warehouse and factory precincts are transformed into exciting, vibrant suburbs with new dwellings located right on the city’s doorstep.

This is the supply side of our housing market operating at its best.

Oversupply is usually caused by a fall in demand

Despite this, developers cop a great deal of bad press, with an excess of new housing stock, called ‘oversupply’ or “overdevelopment” being blamed for price falls and high rental vacancy rates.

It is far more common, however, for price crashes to be caused by sudden falls in housing demand than by overdevelopment.

For example, it would be unfair to blame urban developers for the high number of empty units in the CBDs of our biggest cities, or for the rapidly falling rents being experienced by their owners.

The cause was clearly the COVID-19 pandemic, which led to border closures and a near total collapse of housing demand from short term renters, international students and overseas arrivals.

When our borders are reopened, the numbers of students, tourists and migrants arriving here are likely to be even higher than in the years before the outbreak of the pandemic.

History shows that the only times we have previously experienced such border shutdowns were during World War I and World War II, and as the graph demonstrates, our population rose by record levels after each of these conflicts ended. 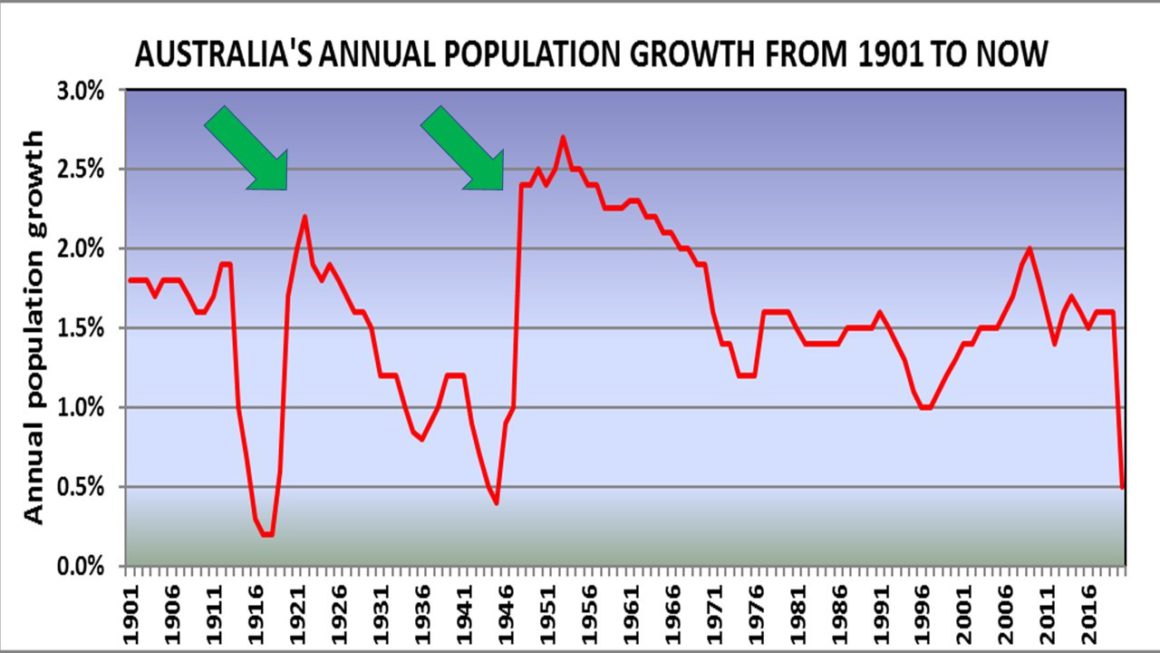 The green arrows point to those years when our population rose rapidly as migrants and refugees sought a new life far away from war torn Europe.

There is every reason to believe that the same influx will occur when our international borders reopen, enabling thousands of people to escape covid ravaged and disaster ridden countries.

Any current oversupplies will be temporary

Once the borders are open again any current surplus in the supply of housing will quickly disappear, and the demand for more housing will be acute.

The reason for this is simple – every overseas arrival needs a place to live.

The issue is likely to be that there will not be sufficient properties to meet the demand, especially in areas where overseas arrivals initially settle.

Property development ties up huge amounts of capital, so developers tend to avoid taking risks by selecting areas that have already experienced strong recent buyer demand, rather than locations which may have the potential for future demand, but have not shown any evidence of this recently.

This cautious approach can result in a “development time lag” of several years before rising housing demand is met by developers. 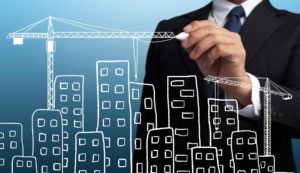 To meet growing buyer demand developers will pre sell units off the plan before they actually start building them.

This has little impact as long as housing demand in any locality remains constant or is rising.

But when buyer demand suddenly slows down or stops it has a huge effect.

In such situations an oversupply can quickly occur.

This leads to price falls, and creates immense problems for those who have purchased uncompleted units off the plan, or in some cases, when construction has not even started.

Even though some of these buyers may only have paid a small deposit bond, they are obliged to pay the agreed contract sale price at settlement, by which time the actual market value of the unit may have fallen well below the sale price. 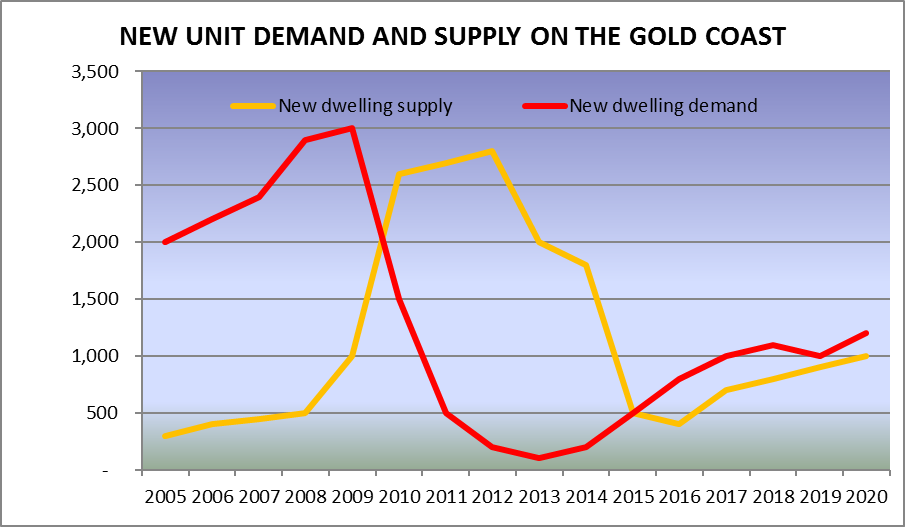 The graph shows how this played out in the Gold Coast high rise unit market before and after the Global Financial Crisis (GFC). 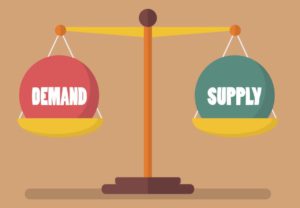 Speculative buyer demand (shown by the red line) escalated rapidly from 2004 onwards, with many of the buyers being overseas investors, encouraged to buy units with low deposit bonds and attractive rental guarantees at free seminars and promotional events.

Motivated by rising buyer demand, developers gained approvals to build large numbers of high rise unit projects which they sold off the plan, well before any construction work had actually started.

Buyer demand rose relentlessly until the onset of the Global Financial Crisis (GFC) caused it to almost totally collapse in 2008.

But the number of new units (shown by the gold line) continued to rise after the GFC as projects were completed, leaving the Gold Coast unit market with a massive oversupply.

From 2009 onwards, rents started falling and investor owners were left with vacant apartments and no rental income.

Many owners were forced to sell at a loss as unit prices plunged by up to forty per cent over the next few years.

Demand for units rose again after the opening of the G-Link light rail (shown above) from 2014 and in the lead up to the 2018 Commonwealth Games, but a much more cautious developer sector is only just responding to meet buyer demand on the Gold Coast.

This example shows us how it can take many years for markets to recover from oversupplies and even longer before developers are bold enough to re-enter such a market even after another shortage becomes evident.

Another property boom will soon be on its way

The current situation in the inner urban unit markets of our biggest capital cities is very similar to what took place on the Gold Coast, with the pandemic replacing the GFC as the cause of the collapse in demand. 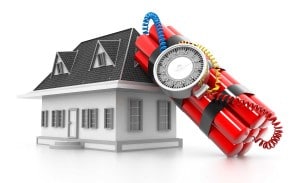 Once the international borders are open our population growth will be boosted by huge numbers of overseas arrivals and demand for housing will escalate, but because of the development time lag, it will take years before sufficient properties are available on the market to meet the demand.

In short, we are likely to experience a repeat of the huge housing shortages that followed the last two world wars, when rents shot up and prices doubled within a few short years.

Although this next housing market boom will eventual ripple through all our major city markets, the initial growth areas could be the very same areas that are now suffering from rent and price falls.