The rise of automation and artificial intelligence (AI) will displace millions of jobs in the economy.

With computers able to handle the same amount of work much faster than humans, various industries are on the chopping block.

A recent US study showed that 47% of existing jobs could be obsolete by 2030 and the demand for some 40% of the other remaining jobs are likely to be halved over the next decade.

Most of these job losses are expected in the higher and especially middle-income wage brackets.

Similarly, in Australia research by StartupAUS suggests that technology “will kill 40% of Aussie jobs by 2030.”

Jobs in the hospitality and tourism, transport, retail and administration sectors in Australia are most at risk from technology and automation over the next 10 to 15 years, potentially putting the jobs of nearly five million workers on the chopping block. 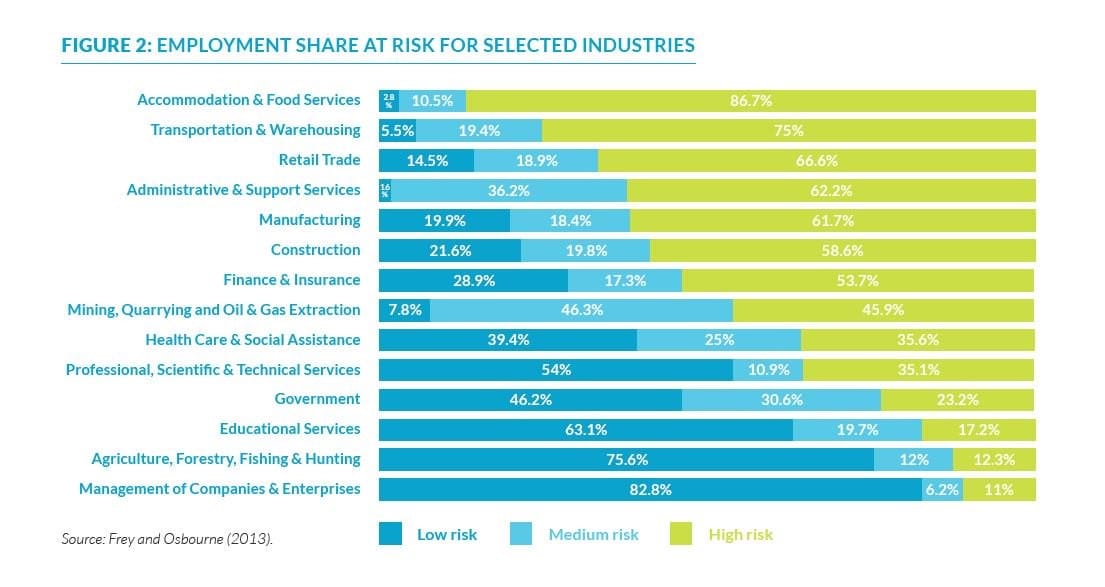 According to Visual Capitalist, by 2030, the tasks relying on physical and basic cognitive skills will plummet, such as assembly line work, customer service, or data entry.

This is good news for young people—by eliminating tedious or routine work, it frees up more time to focus on complex decision-making. AI and automation will also create jobs we can’t even imagine yet.

Just like agricultural jobs have dramatically been replaced with new options over time, the exponential growth of technology is also an emerging opportunity for the next generation.

NOW READ:  This is what is going to shape the future of our cities

NOW READ:  Will a Robot take your job