Belgian design duo Muller Van Severen is exhibiting a selection of their furnishings amongst the rooms of Villa Cavrois, a modernist 20th-century villa near Lille, France.

The exhibition, called Design! Muller Van Severen at Villa Cavrois, will see Fien Muller and Hannes Van Severen present both new and old pieces from the oeuvre of their eponymous studio, which was founded in 2011.

It comes as part of the year-long programme of events that Lille and the wider Lille Metropole area are hosting as the designated World Design Capital for 2020. 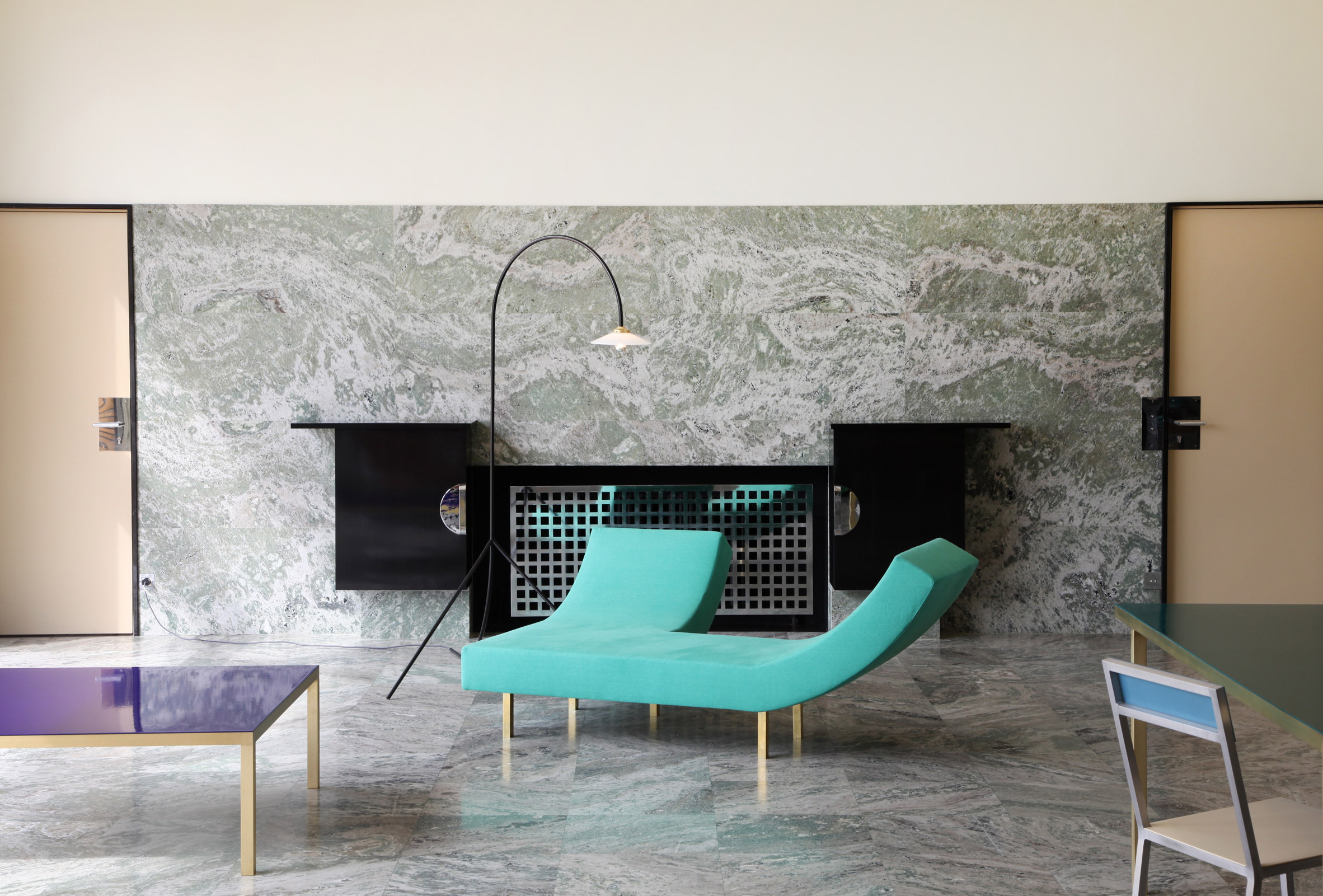 Villa Cavrois is situated northeast of central Lille in the commune of Croix and was built between 1929 and 1932 by the French architect Robert Mallet-Stevens.

The villa was originally designed as a family home for Paul Cavrois, a successful textile manufacturer, but during the second world war was occupied by German soldiers and turned into barracks. 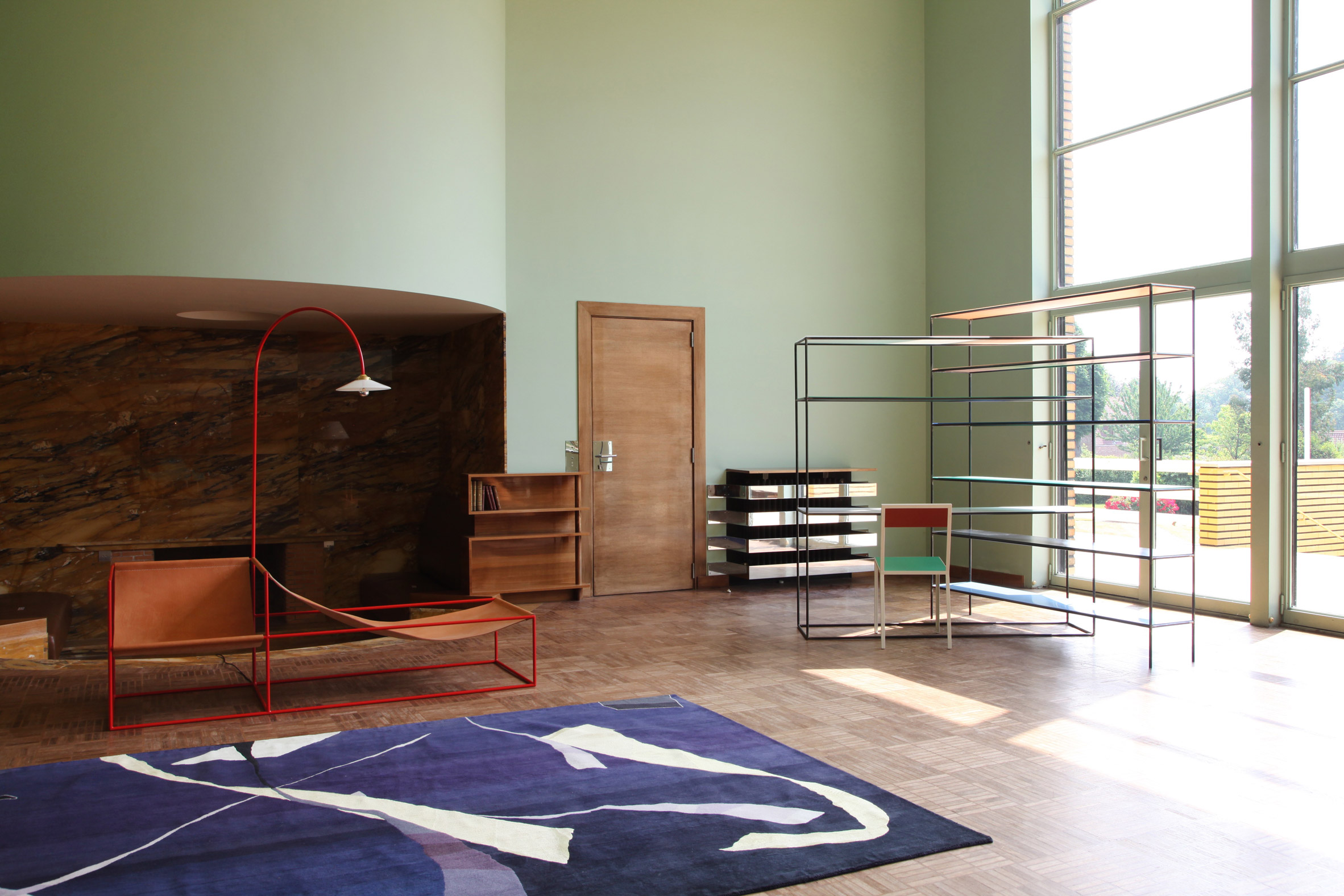 It was eventually abandoned and became subject to vandalisation, falling into such a severe state of neglect that it was threatened by demolition in the late 1980s.

The French state ended up purchasing the villa in 2001 and carried out extensive renovation works to return the building to how it originally appeared in 1932. It then opened to the public in 2015. 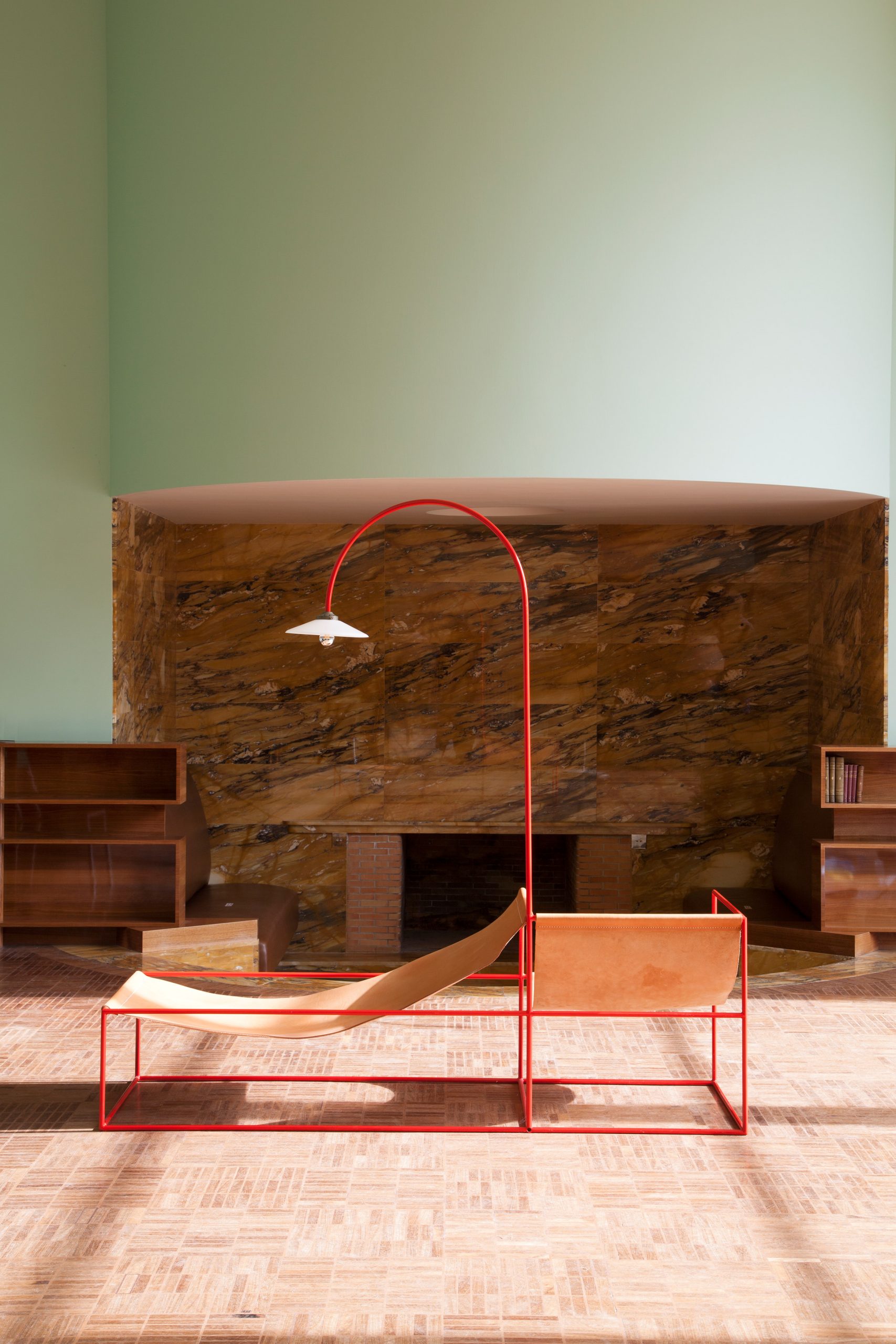 When it came to hosting their own exhibition at Villa Cavrois, Muller Van Severen wanted their furnishings to seamlessly fit in with the modernist grounds and interiors rather than appear as “strange entities”.

“Time becomes irrelevant in this project,” the pair explained.

“We want to create the poetic feeling that our objects could originate from the same time as the building. In the same way that the building itself feels very contemporary.” 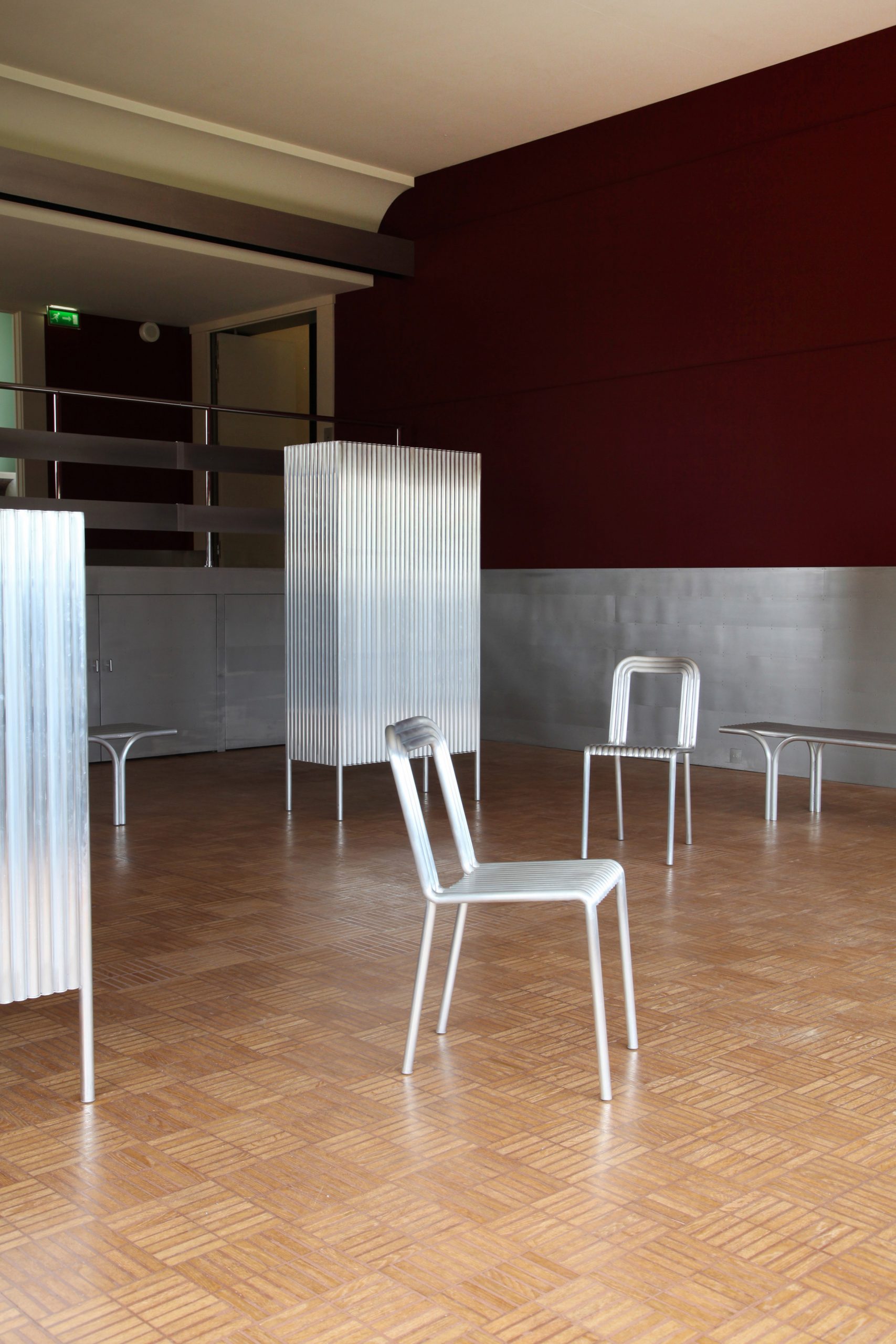 One room in the villa that’s lined with green-grey tiles of veiny marble is dressed with Sofa Cavrois, a furnishing that Muller Van Severen has designed specifically for the exhibition.

The sofa – which is the first the duo has ever designed – curves upwards at two points, merging the shape of a standard chair and a chaise longue. To emphasise its sculptural form, the sofa is upholstered in bright sea-green linen.

A couple of the Muller Van Severen’s glossy, enamel-topped Emaille tables are also dotted throughout the room. 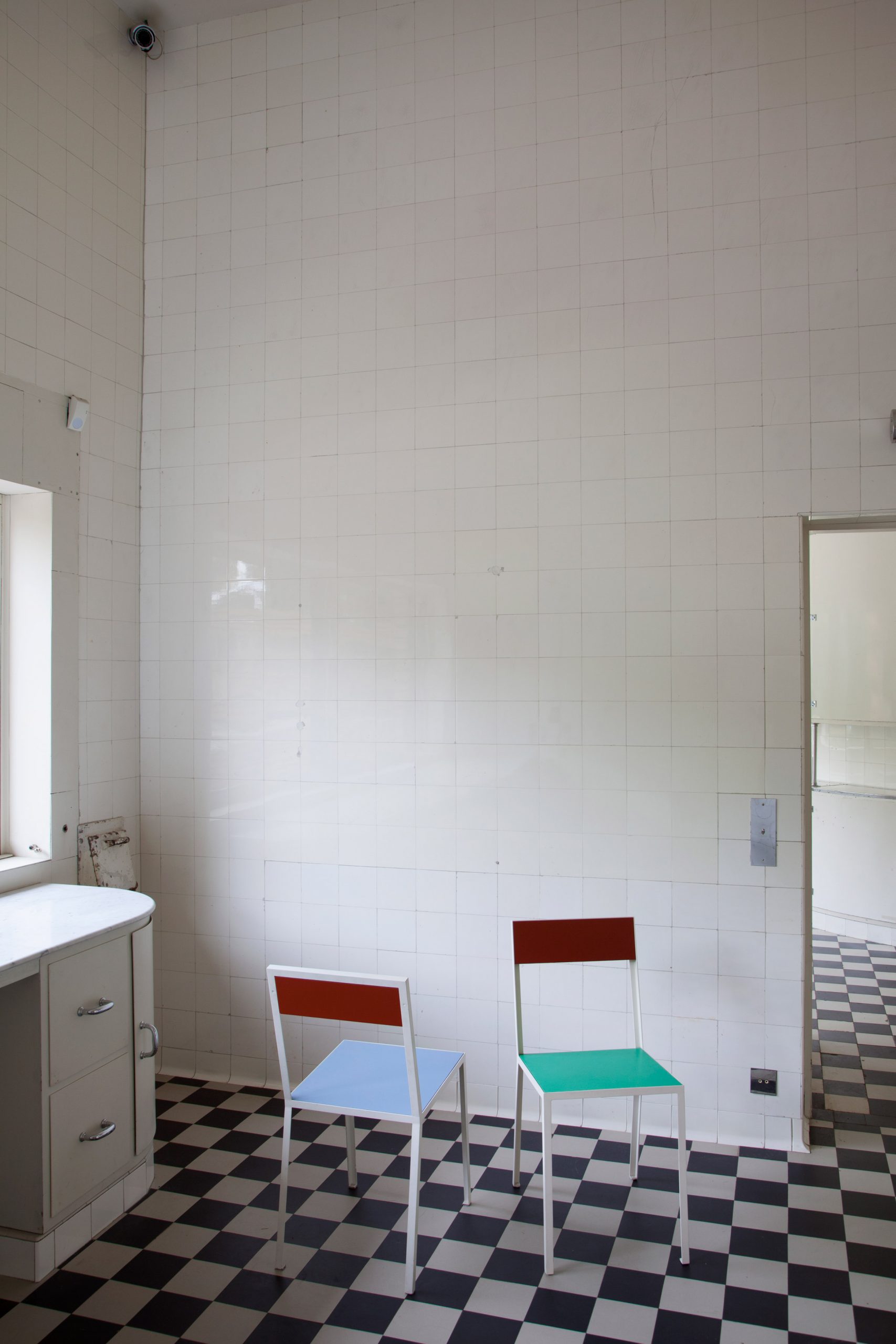 Another mint-coloured room with wooden parquet flooring is dressed with the Strangled Rack from the duo’s Future Primitives collection, which comprises two intersecting shelves. 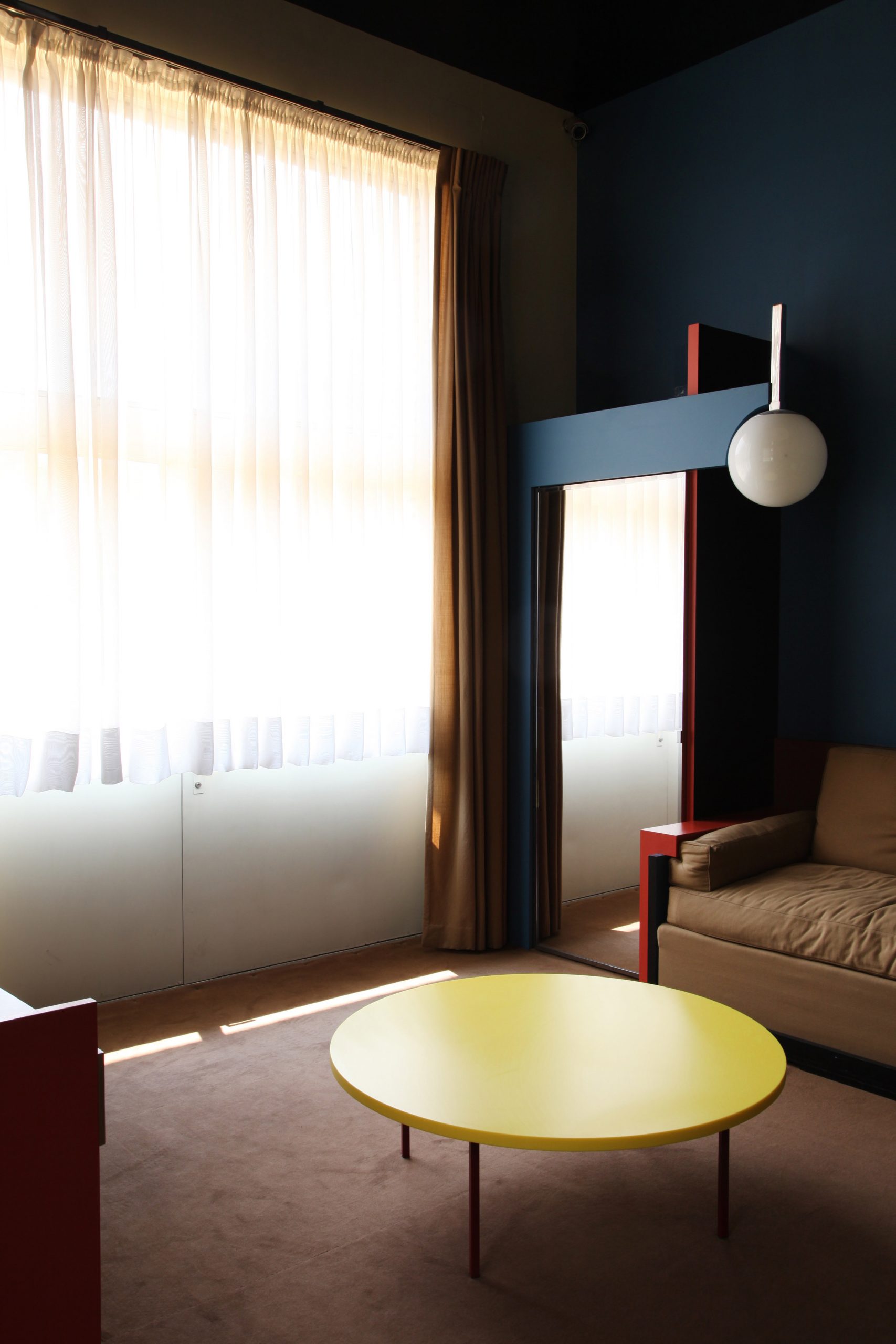 Smaller spaces such as the villa’s kitchen, which features checkerboard floors, is decorated with a couple of brightly-hued Chair 2 models. 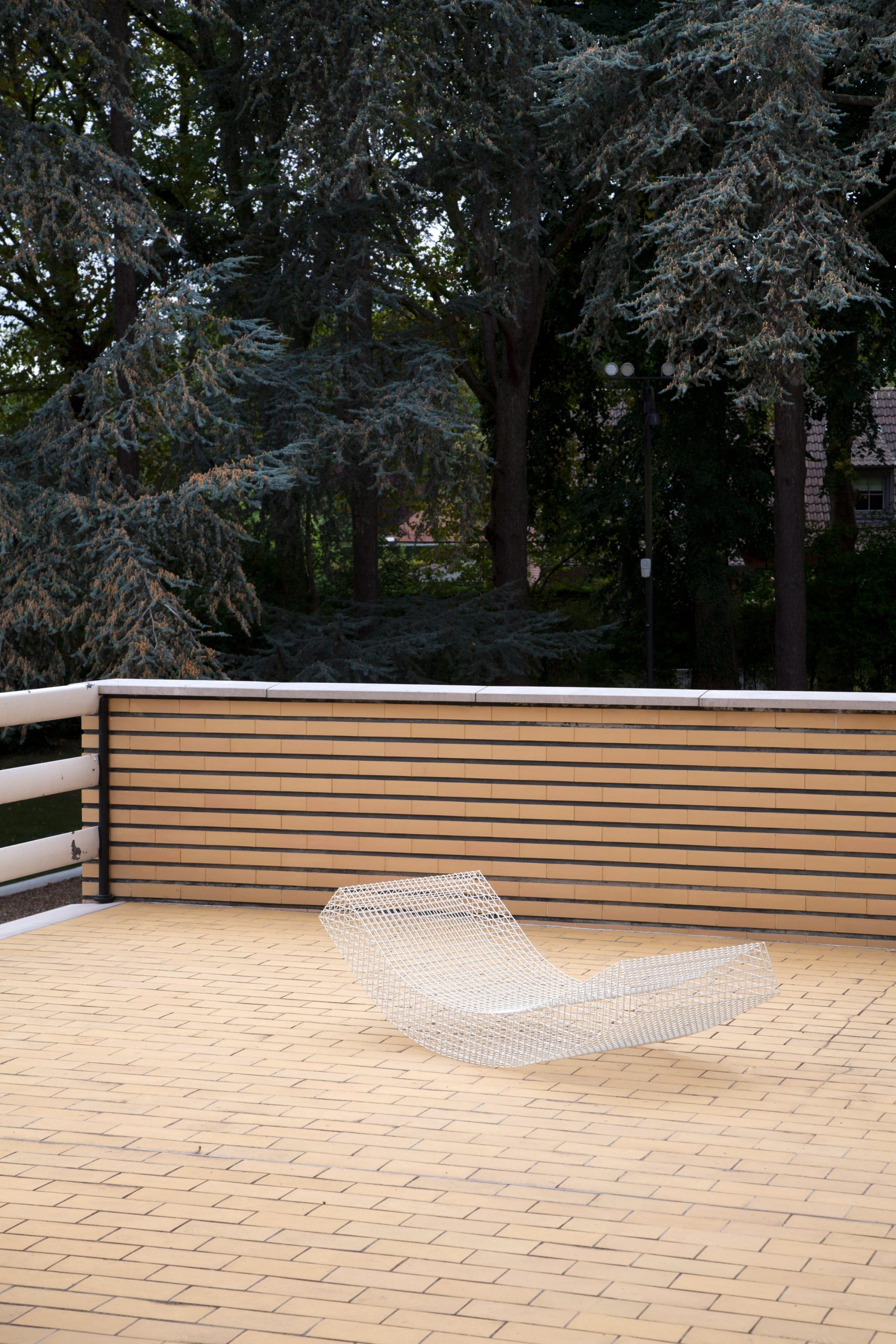 Some of the duo’s smaller homeware accessories are also included in the exhibition – for example, one office-like room features their stainless-steel Bended Mirror #3. 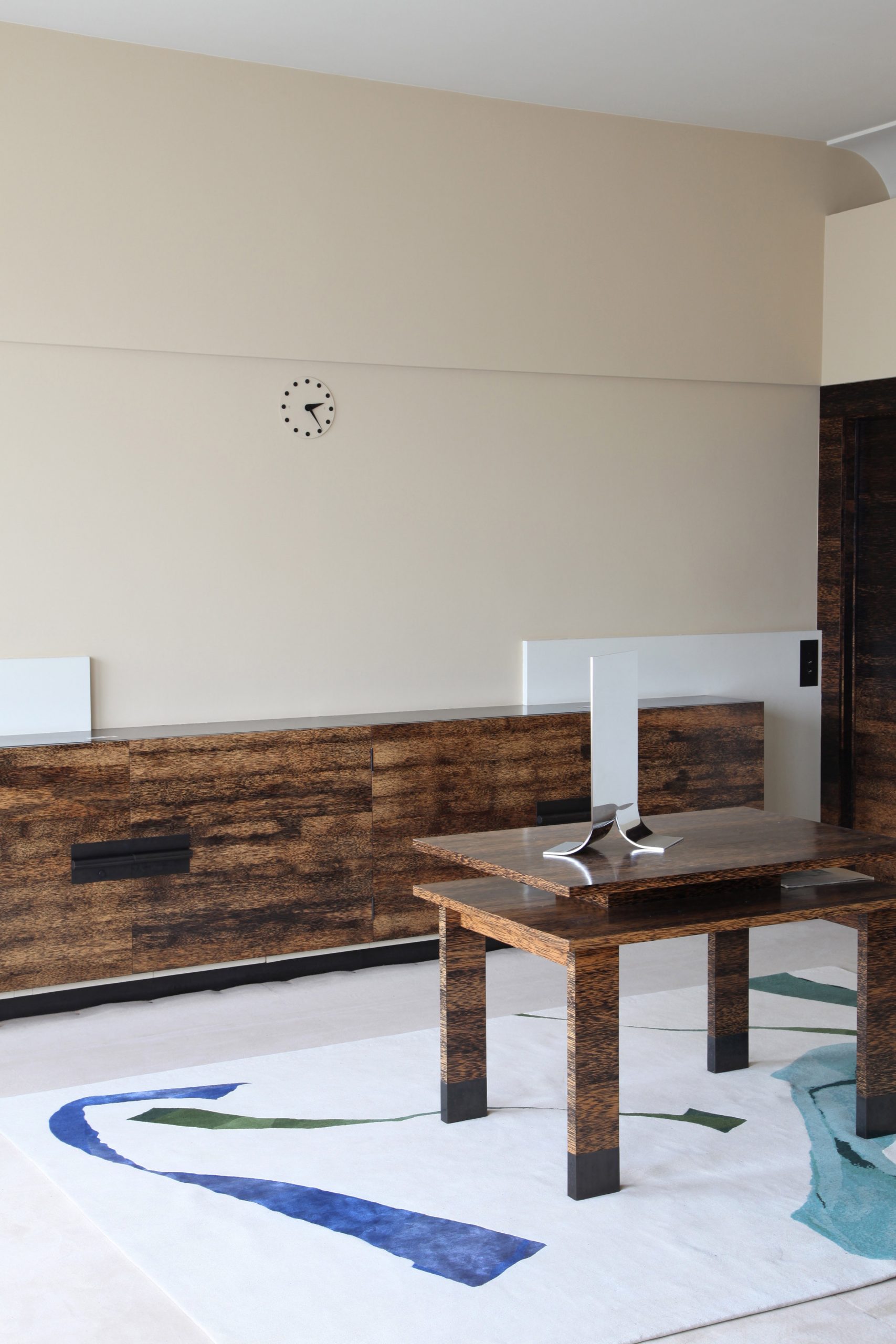 Design! Muller Van Severen at Villa Cavrois will be showing until 31 October 2020.

Villa Cavrois isn’t the only building by Robert Mallet-Stevens to become a public attraction. Villa Noailles in the French commune of Hyeres, which Mallet-Stevens designed in 1923, is now an arts centre.

Photography is courtesy of Fien Muller.