There are more interesting articles, commentaries and analyst reports on the Web every week than anyone could read in a month.

The weekend will be over before you know it, so enjoy some interesting reading.

Federal budget tipped to deliver for HomeBuilder and first-home buyers

How will the upcoming federal budget affect HomeBuilder and first-home buyers?

This article on Realestate.com.au looks at whats we can expect.

The federal budget may deliver more support for first-home buyers and an extension of the HomeBuilder scheme, but calls for a significant funding boost for social housing could go unanswered.

Experts predict the federal government’s big-spending budget on 6 October will include housing measures, although it may not deliver as much of a housing construction boom as the industry would like.

There is also the chance of a rate cut by the Reserve Bank of Australia on budget day.

Housing initiatives are expected to feature in the federal budget. Picture: Getty

“This will be one of the most important federal budgets in many decades as Australia plans its recovery from the deep economic impact of the COVID-19 pandemic,” Property Council of Australia group executive, policy, Mike Zorbas said.

AMP Capital chief economist Shane Oliver said there would likely be more assistance for the housing market, as underlying unemployment was high and the coronavirus hit to immigration posed a threat to housing construction until investment levels were restored.

Dr Oliver said the budget was expected to be big on spending and economic reforms designed to spur demand and jobs, including an extra $10 billion in infrastructure funding.

“They’re probably not aiming for a housing construction boom, they just want to keep up the level of construction activity until immigration is returned,” he said.

HomeBuilder may be extended

Dr Oliver and realestate.com.au’s executive manager of economic research Cameron Kusher said the government may extend the HomeBuilder scheme, which provides a $25,000 grant to build a new home or substantially renovate an existing home.

What the HomeBuilder scheme means for property
“I suspect HomeBuilder will be extended, so that will help new home buyers and obviously help home builders and developers,” Dr Oliver said.

Property groups want the the $680 million program extended beyond its 31 December end date.

Mr Zorbas said it made sense for HomeBuilder to be extended for a further six months, and for it to move to a six-month unconditional commencement window. Currently construction must commence within three months (six months in Victoria) of the contract date.

“HomeBuilder has been a vital shot in the arm for residential construction,” Mr Zorbas said.

In its pre-budget submission, Master Builders Australia called for a 12-month extension to HomeBuilder at a cost of $1.3 billion.

The Real Estate Institute of Australia recommended reducing the lower limit for renovations – currently $150,000 – to encourage a greater uptake of the program.

“Without people migrating to Australia, you do have a missing source of demand for housing, and first home buyers are already starting to fill that gap,” he said.

“The challenge is there’s only ever at one point in time a finite number of people who are able to have a big enough deposit and get into the market.”

“As such it is a lottery and the bulk of first-home buyers will not benefit,” the REIA said in its pre-budget submission.

In this Blog, Pete Wargent explains that property listings are being bought faster than stock can be brought to market.

Listings have continued to plunge to decade lows, according to CoreLogic: 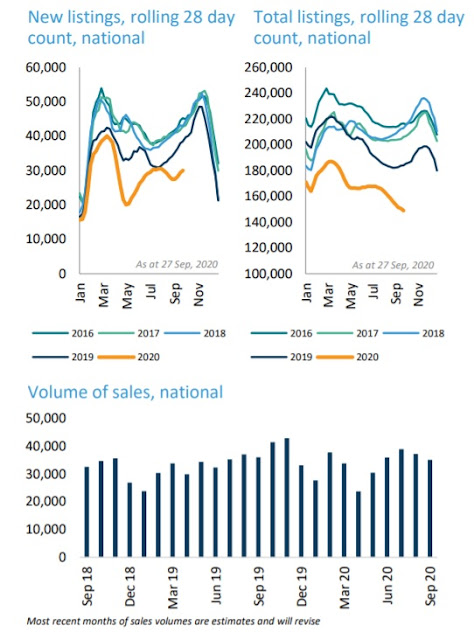 CoreLogic noted that there are no signs of an increase in distressed sales.
In fact, the opposite seems to be true, with stock being absorbed faster than it is being listed, CoreLogic reported this week.

What outcomes can we really expect from the HomeBuilder scheme?

This article from the Domain.com.au looks at what can be expected.

Hopeful home builders or renovators in the country’s biggest cities have little chance of accessing the federal government’s HomeBuilder scheme due to its narrow parameters, experts say.

Even Australians interested in the scheme in popular regional areas have struggled to get access despite them being able to get cheaper land than their metropolitan counterparts. 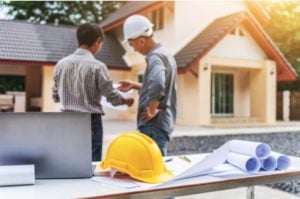 Major developer Satterley is lobbying the government to extend the program, with hopes high it could be in place for longer.

Western Australia and Queensland appear to have become the biggest beneficiaries of the federal grant scheme as new house building approvals figures skyrocketed in both states, up 34.9 per cent and 13.9 per cent in August respectively, according to Australian Bureau of Statistics figures.

The $688 million federal government scheme was announced in June in a bid to boost the economy and act as a lifeline to the home construction industry.

An individual’s taxable income cannot exceed $125,000 per annum or $200,000 for a couple, and the clock is ticking for applicants to get in.

Home builders in NSW have scant customers that meet all the requirements to access the scheme despite it generating huge amounts of inquiry in Sydney’s pricey housing market. 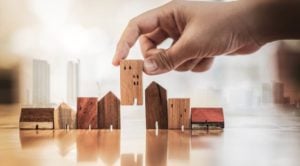 “We haven’t had any take-up of it because our clients haven’t met the requirements … the thresholds weren’t significant enough in the Sydney metropolitan area,” Mr Jeffree said.

Meanwhile, GJ Gardner Orange director Fiona Bouffler said the rising cost of land and house contracts as well as land constraints made the scheme “unachievable” for most in the Orange area.

“We’ve had a lot more inquiries … I only know of two of our clients who applied for it because they met the criteria. I don’t know if it’s actually created more sales for us,” Ms Bouffler said. “I know a few people haven’t been able to apply because they earn too much.”

As a result, Mr Satterley said he was lobbying the state and federal governments to extend their respective grants.

Melbourne and Sydney are dragging property prices lower, as the rest of the country bounces back up

It would seem our two largest property markets are dragging down property prices.

This article on Business Insider looks at what’s going on.

However, as Melbourne and Victoria make a belated exit from a lengthy lockdown, Lawless is optimistic the market might turn again as confidence and the economy rebounds.

Sydney, meanwhile, is easing at a quicker rate as the overall market improves, Lawless said.

For those living outside of Australia’s two gargantuan capital cities for example, property is only getting more expensive despite a recession.

“From a cyclical perspective, regional areas weren’t recording the same growth conditions pre-COVID, so home values in these markets are often more affordable, and don’t have a high base to fall from,” Lawless said.

There’s no doubt that news headlines are less than positive these days, but that doesn’t mean there are no ‘good news’ stories we can smile about.

An article on readersdigest.ca looks at some good news stories from around the world to brighten up your day. 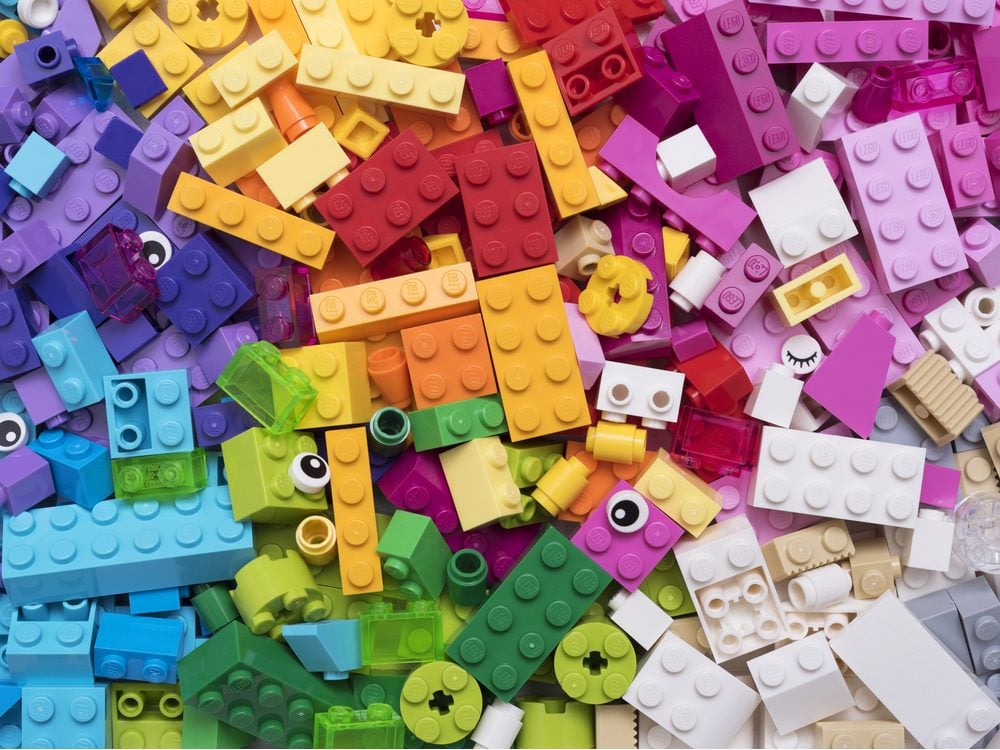 Lego has unveiled a project to help blind and visually impaired children learn Braille in a “playful and engaging way” amid concerns that fewer children are learning the system because of audiobooks and computer programs.

Its new “Braille Bricks” will be moulded with the same studs used for letters and numbers in the Braille alphabet. They will also feature printed characters to allow sighted teachers and family to read them. 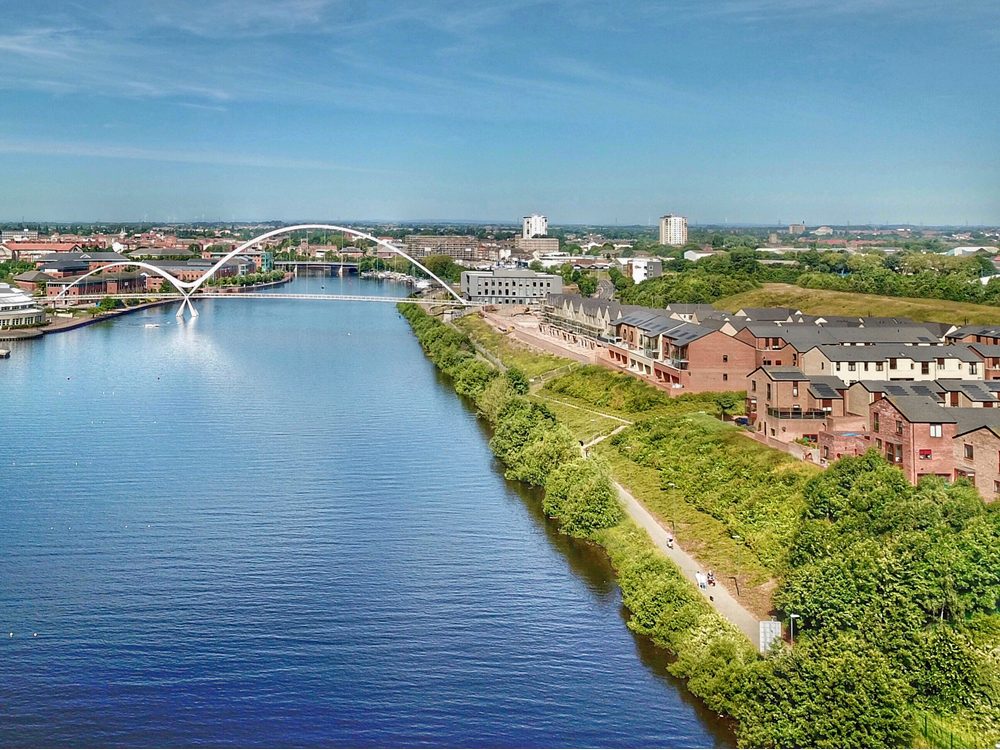 A knight of the road rides to the rescue

Father of one Dean Moore turned Good Samaritan when he spotted a distressed couple by the roadside near Stockton in northeast England. Their car had been damaged in an accident. As other motorists sped past, Dean stopped to help.

It turned out the couple, Sharleen and Ron Gillies, had been driving the 350 miles from Edinburgh to Cambridge for a last visit to Sharleen’s terminally ill mother. Now they were stranded less than halfway there. So Dean offered to drive them all the way to Cambridge—some 200 miles—for nothing.

Dean explains, “I was just trying to be a decent human, because so many people drove past.” As a result, the couple reached Sharleen’s mum in time to say their goodbyes. “I just can’t put into words what that lad did for us,” Ron Gillies says. 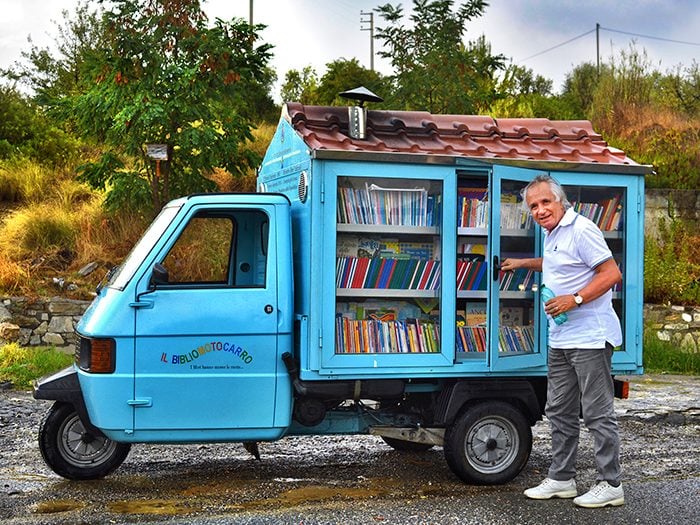 As a teacher in a primary school in rural Italy, Antonio La Cava (pictured above) was worried about his young pupils’ growing lack of interest in reading books. His response was to transform a three-wheeled van into a mobile library.

Now 73, he has spent nearly 20 years driving his Bibliomotocarro to bring books to children in the remote villages and communities of Basilicata, a region in Italy’s far south.

“I was worried about growing old in a country of non-readers,” he says. “Without a book, so often a child is alone.”

La Cava chose a Piaggio Ape van for its humble, homely associations, giving it a house-like roof: “As soon as you see it, it puts you in a good mood,” he says. “It suggests the idea of a refuge, of relaxation, which is what every book offers.”

Besides the library, La Cava also runs creative writing workshops and shows short films inspired by books, all of which underpins his belief that books and culture, as he puts it, are made by and for everyone, not just a privileged few.” 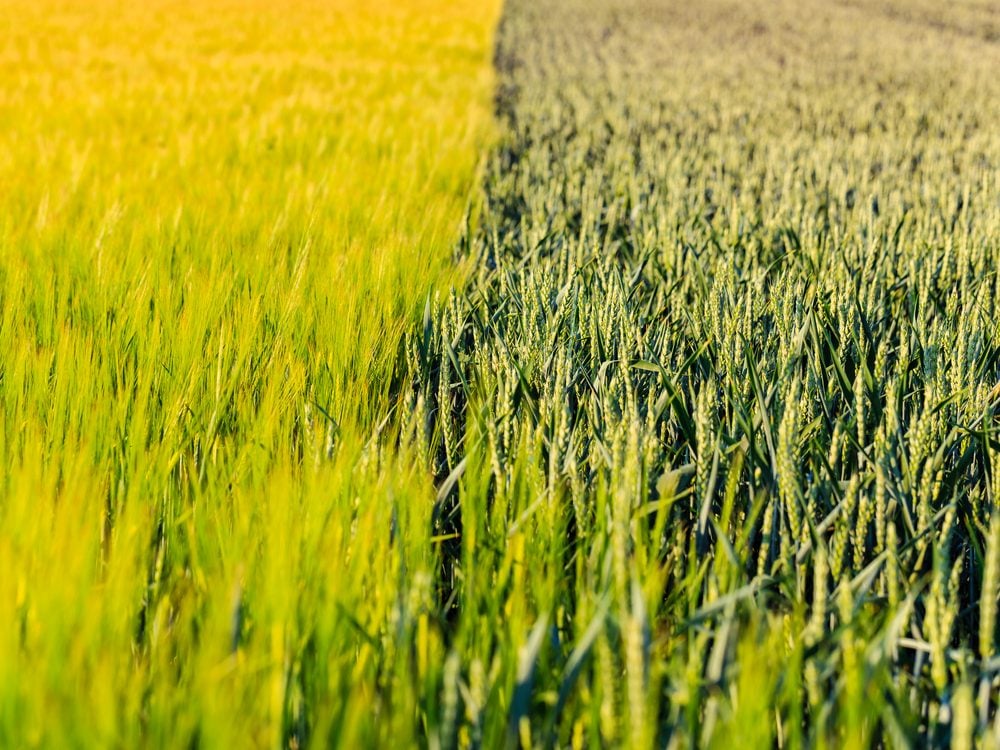 A German government minister has proposed legal protection for insects as scientists warn that plummeting numbers of the crucial invertebrates threaten a “collapse of nature.” The new law would slash pesticide use and pump money into research.

As well as a €100 million “action plan” for protecting insects, Germany would also introduce new controls on the use of new land for housing or road projects until 2050, and limit light emissions at night to avoid disorienting insects.

Campaigners worldwide have highlighted the risks of plunging numbers of insects, which play a vital role in pollinating plants and food crops. “We wouldn’t only be protecting stag beetles and bumblebees, but above all ourselves,” says Schulze. 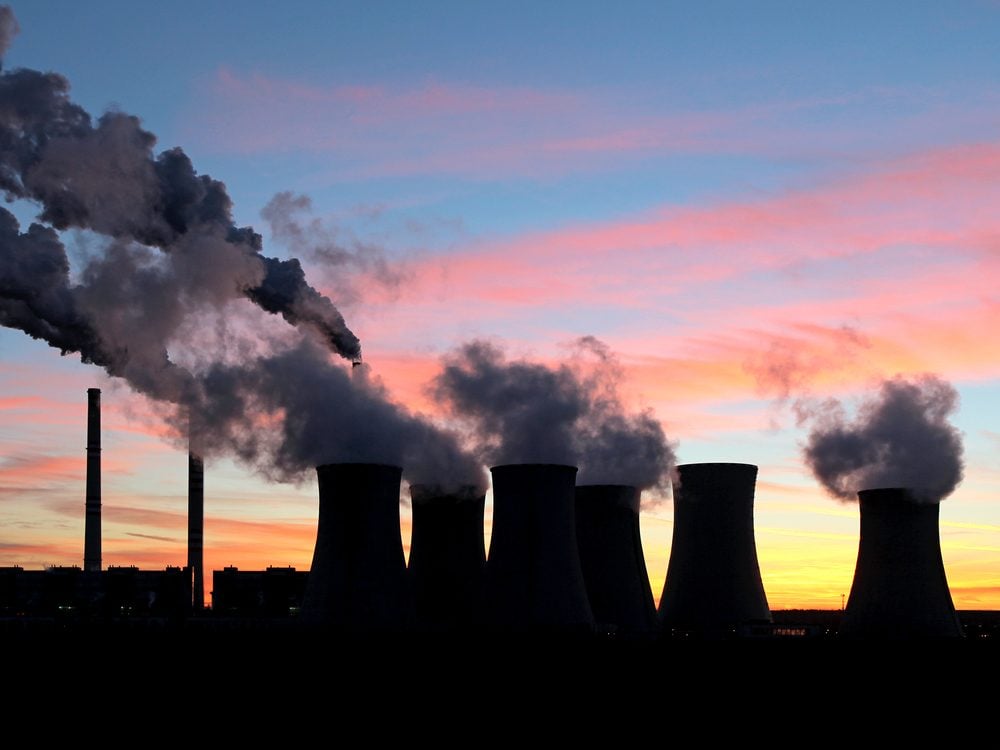 Carbon dioxide emissions rose 2.2 per cent globally in the decade to 2015. But 17 European countries, in a group of 18 developed economies that account for 28 per cent of global emissions, have shown a reduction over the same period. It was greatest in countries with the strongest renewable energy and energy efficiency policies.

“This is good news, but just the start,” said Corinne Le Quéré, co-author of the study published in the journal Nature Climate Change. 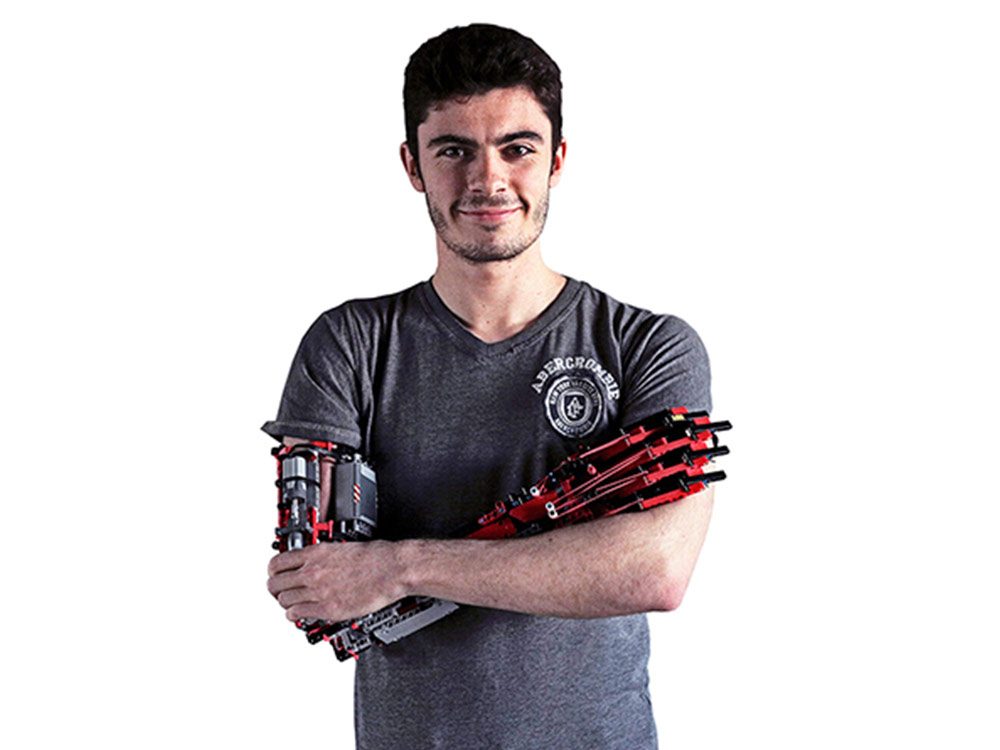 David Aguilar has always loved Lego. Born without a right forearm due to a rare genetic condition, at the age of just nine he built a rudimentary artificial arm for himself using the popular plastic construction toys.

“As a child I was very nervous to be in front of other guys, because I was different,” he says, “but that didn’t stop me believing in my dreams.”

As he got older, he kept working on his prosthetic design, and now, aged 19 and studying bioengineering at university in Barcelona, he has designed a robotic arm with an electric motor inside, again using Lego pieces.

He says his aim is to show that nothing is impossible; after university, he wants to create affordable robotic limbs for people who need them. “I’d try to give them a prosthetic, even if it’s for free, to make them feel like a normal person.” 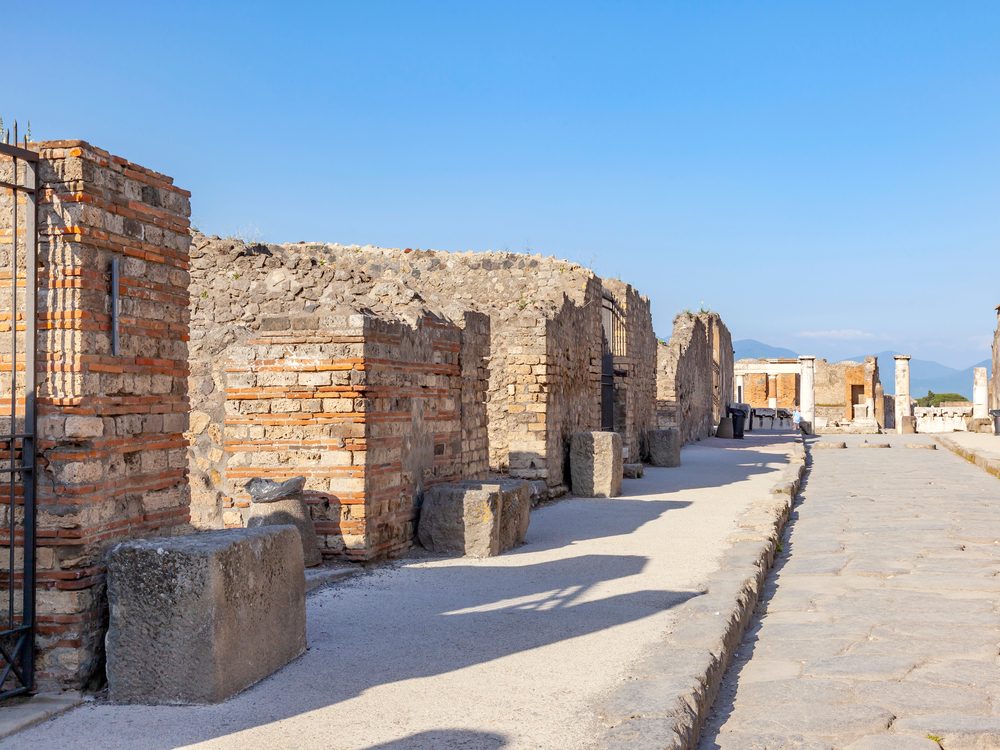 Some 250 years after the ancient Roman city of Pompeii was discovered buried by volcanic ash, archaeologists are uncovering new treasures. Among them is a brilliantly preserved fresco of Narcissus, enraptured by his own reflection.

The work was found in an “elegant and sensual” bedroom of a family residence. “The extraordinary discoveries of this site continue,” Massimo Osanna, director of Parco Archeologico di Pompei said.